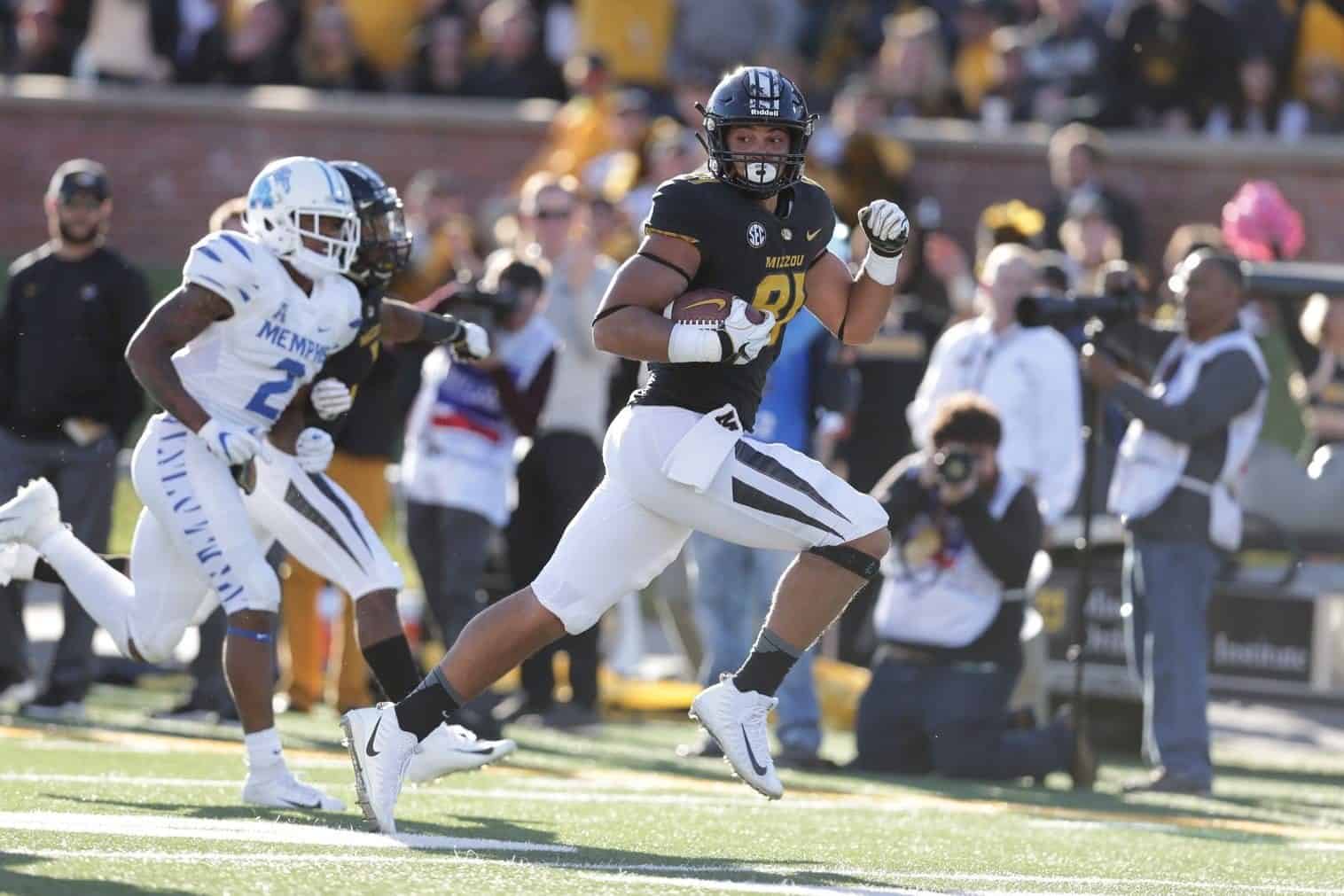 Even though the Missouri Tigers have not had a lot of players selected in the past 10 drafts (just 30 in total), half of them have been chosen in either the first or second rounds. But heading into the 2019 season, no Mizzou prospect currently grades that high on my board.

Missouri tight end Albert Okwuegbunam is graded highly by many and he’s a player whose skills I like. He’s a nice-sized player who catches the ball like a receiver and easily moves about the field. He possesses size, growth potential and upside.

So why don’t I grade him as highly as others do?

Okwuegbunam considered entering last April’s draft, and while many believed a late-season shoulder injury was a factor, I was told months earlier that academic pursuits played the largest part in his decision. Okwuegbunam has designs on being a doctor, which is noble. That said, I’m not sure how much the NFL is a priority for him.

Missouri offensive lineman Yasir Durant is a large, nasty right tackle for Missouri who could move up draft boards if he polishes his game. He’s relatively athletic for someone who measures 6-foot-6.5 and 335 pounds, but he must improve his blocking balance.

Obviously, an eye must be kept on Missouri quarterback Kelly Bryant, who I grade a full round earlier than most scouts. Last season was a tough one for Bryant, who lost his starting job at Clemson and then decided to transfer. He offers a lot of next-level skill, but he must get his game back on track.

Note: This table has already been filtered for the Missouri Tigers prospects. To view other prospects that I have graded, use the drop-down lists below to filter the table.