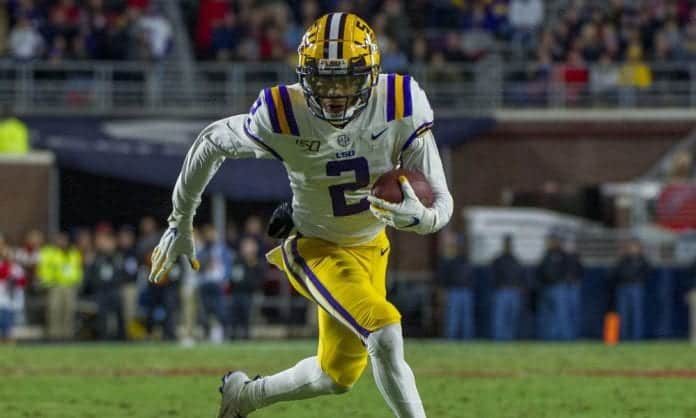 After trading Stefon Diggs to the Buffalo Bills and releasing long-tenured cornerback Xavier Rhodes, the Minnesota Vikings' needs in the 2020 NFL draft were quite clear. Let's assign draft grades for the Vikings' 2020 NFL draft class.

The Vikings had a clear plan for the 2020 NFL Draft, which was to fill the biggest holes on the roster. They were successful in doing so, which earns them high draft grades for their 2020 draft class. Minnesota made 15 picks in the 2020 Draft to bolster their roster and reload on the defensive side of the ball.

For quite some time, the Minnesota Vikings have been one of those very good teams, but for some reason, they haven’t been able to secure a win in a big game during the postseason. Hopefully, for Vikings’ fans, this draft class gets them over the hump.

Who did the Vikings draft?

The team’s biggest need was wide receiver, as Minnesota completed a blockbuster trade that sent wide receiver Stefon Diggs to the Buffalo Bills in exchange for their 2020 first-round pick. Wide receiver wasn’t Minnesota’s only need, as the cornerback position became a priority in an offseason where the team released Xavier Rhodes, and free agents Trae Waynes and Mackensie Alexander signed with the Cincinnati Bengals.

Finally, the Vikings have needed an upgrade at left tackle for a few years now. The team was able to eliminate most of those needs, earning them a strong draft grade for their 2020 class.

Justin Jefferson will immediately get an opportunity to produce, as he gives quarterback Kirk Cousins a legitimate weapon opposite of Adam Thielen. The wide receiver position was a major need after the Diggs trade. It was quite a shock that they were able to land Jefferson because the wide receiver-needy Philadelphia Eagles were rumored to be interested in him, but they opted to take TCU speedster Jalen Reagor instead.

Jefferson possesses exceptional body control and outstanding ball skills. He excels playing in the slot, where his ability to create separation paired with his athleticism allows him to cause serious damage against opposing defenses. While he may not be the caliber of player that Diggs is right now, it is fair to expect big-time production early from Jefferson. It wouldn’t surprise me in the least if he was the most productive rookie receiver in the 2020 season.

Throughout the entire draft process, Baylor’s James Lynch was one of the most overlooked prospects. He plays like his hair is on fire, utilizes his length quite well, has violent hands, and was insanely productive in college. While he needs to get stronger at the point of attack to support against the run, he immediately provides a boost to the Vikings pass rush.

Lynch had 13.5 sacks in 2019, highlighting his ability to get to the quarterback. In his rookie year, he will be a pass-rushing specialist for the Vikings, but he does possess the tools to develop into a future starter.

I liked most of the selections the Minnesota Vikings made, so nominating a “reach” wasn’t an easy task. To make it even harder, the Vikings have a loaded roster and really don’t have a lot of needs. With that said, the one pick that had me scratching my head was the fourth-round selection of South Carolina’s DJ Wonnum.

Wonnum plays with a high motor and has prototypical size for the position, but his injury history and lackluster production points to him being a depth guy. This isn’t necessarily a bad thing, as finding quality depth players in the middle rounds of the NFL Draft is a recipe for success. Out of the three fourth-round picks the Vikings made, Wonnum was my lowest graded player.

The selections of Wonnum, Lynch, and Kenny Willekes make it quite clear that the Vikings wanted to bolster their defensive line in this draft. It makes perfect sense, as the team released long-term starters Everson Griffen and Linval Joseph prior to free agency.

In 40 career starts at Michigan State, Willekes accounted for 23.5 sacks and 49 tackles for a loss. To say he makes a lot of plays behind the line of scrimmage would be an understatement.

Like Lynch and Wonnum, Willekes plays with a high motor and possesses tremendous size. Willekes isn’t the most athletic defensive end, but he makes up for it with his high football intelligence. Willekes in the seventh round is an absolute steal for the Vikings.

The Vikings get a high draft grade for their 2020 Draft class, as they did a tremendous job identifying and filling needs. They needed a wide receiver due to the departure of Diggs, so they drafted Jefferson.

After losing a trio of cornerbacks in the offseason, they went out and got the confident Jeff Gladney and the underrated Cameron Dantzler. Riley Reiff has adequately filled the left tackle position for the Vikings, but Minnesota hopes to upgrade with their second-round pick Ezra Cleveland.

On top of all of this, they found quality depth along the defensive line in Lynch and Willekes. Last, but certainly not least, Troy Dye will develop into a quality starting linebacker. The Vikings’ strong 2020 Draft class makes them not only a threat to win the NFC North but a serious Super Bowl contender.