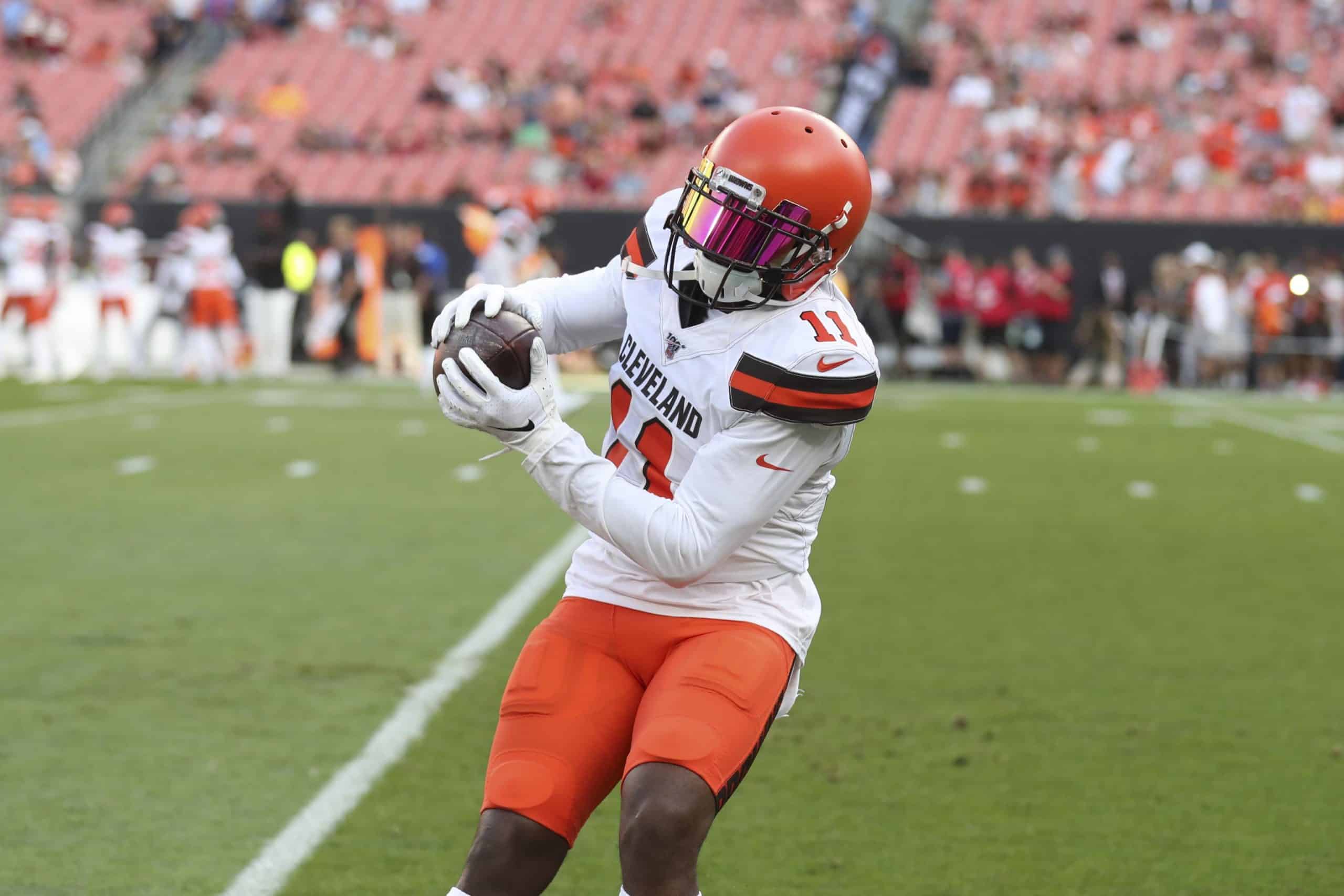 Photo Credit: Associated Press
What's in this article? Click to show
A pair of talented receivers added with the chance to make a difference
Other potential impact players on the Dolphins 2020 practice squad
A closer look at Coe, Rudock, and Ahmed

The Miami Dolphins made their final 53-man roster decisions over this past weekend, and there are some exciting moves along with a couple of surprises. In addition to those players waived or released, the team also decided on some talented options to stash away. The Dolphins will keep these players on the practice squad for the start of the 2020 NFL season.

Below, we will break down some of the players the Dolphins deemed worthy enough to keep around on their practice squad. Some very intriguing options could make an impact down the line this season and have a promising future with this team.

Former Arkansas State undrafted free agent Kirk Merritt received rave reviews during camp en route to making the 53-man roster. However, an injury in recent weeks stunted his progress, and he was stashed on the practice squad until he regains full health. During his unofficial pro day, Merritt reportedly posted a 4.33 40-yard dash, 11’3″ broad jump, and 45.5-inch vertical jump. He is an athletic marvel with the potential to be a surprise this season in the same way that Preston Williams was in 2019.

This past Sunday, the Dolphins also added former Cleveland Browns’ receiver, Antonio Callaway. They officially placed him on the practice squad for the start of the 2020 NFL season. Callaway is an ultra-talented speedster, as evidenced by his “elite” speed grade in Kent Platte’s Relative Athletic Score (RAS) metric. Just one season removed from selecting him in the 4th round of the 2018 NFL Draft, Cleveland waived him in 2019 after previously failing a drug test and other conduct detrimental to the team.

In January, Callaway attempted to revive his career in the XFL with the Tampa Bay Vipers. However, he sustained a lower leg injury and never received a chance to make an impact before the league folded in April. His addition to the Dolphins is a fresh start for Callaway and one that could reap benefits for Miami if the former Florida star receiver can right the ship for his career in 2020.

For a team lacking proven playmakers outside of star receiver DeVante Parker, Callaway should receive every shot to succeed in 2020. If he can prove he has grown and learned from his prior transgressions, Callaway can create a name for himself on this Dolphins team. This pickup is a high upside, low downside move for the team heading into their season opener.

Other potential impact players on the Dolphins 2020 practice squad

Here is the remainder of the practice squad additions for the Dolphins:

A closer look at Coe, Rudock, and Ahmed

Coe was part of an insanely talented Auburn defensive line this past season along with 2020 top 10 pick Derrick Brown. He spent this offseason in camp with the New England Patriots after signing as a UDFA. Coe played on the edge for the Tigers as both a defensive end and linebacker in the last three seasons.

Rudock spent last season with the Dolphins after being with the Lions the previous three years. He is a South Florida native from St. Thomas Aquinas high school in Fort Lauderdale. After the recent release of Josh Rosen, Rudock could end up as the number three option in Miami or the backup in the event of an injury.

Finally, I mentioned Ahmed in my Training Camp 2020 running back preview as a late addition with upside. He was a former teammate at the University of Washington to current backup Myles Gaskin. However, with hybrid players such as Lynn Bowden and Malcolm Perry on the roster, the Dolphins did not need to carry a fifth running back into the season. Ahmed could be an interesting addition during the season if one of the top four backs goes down.