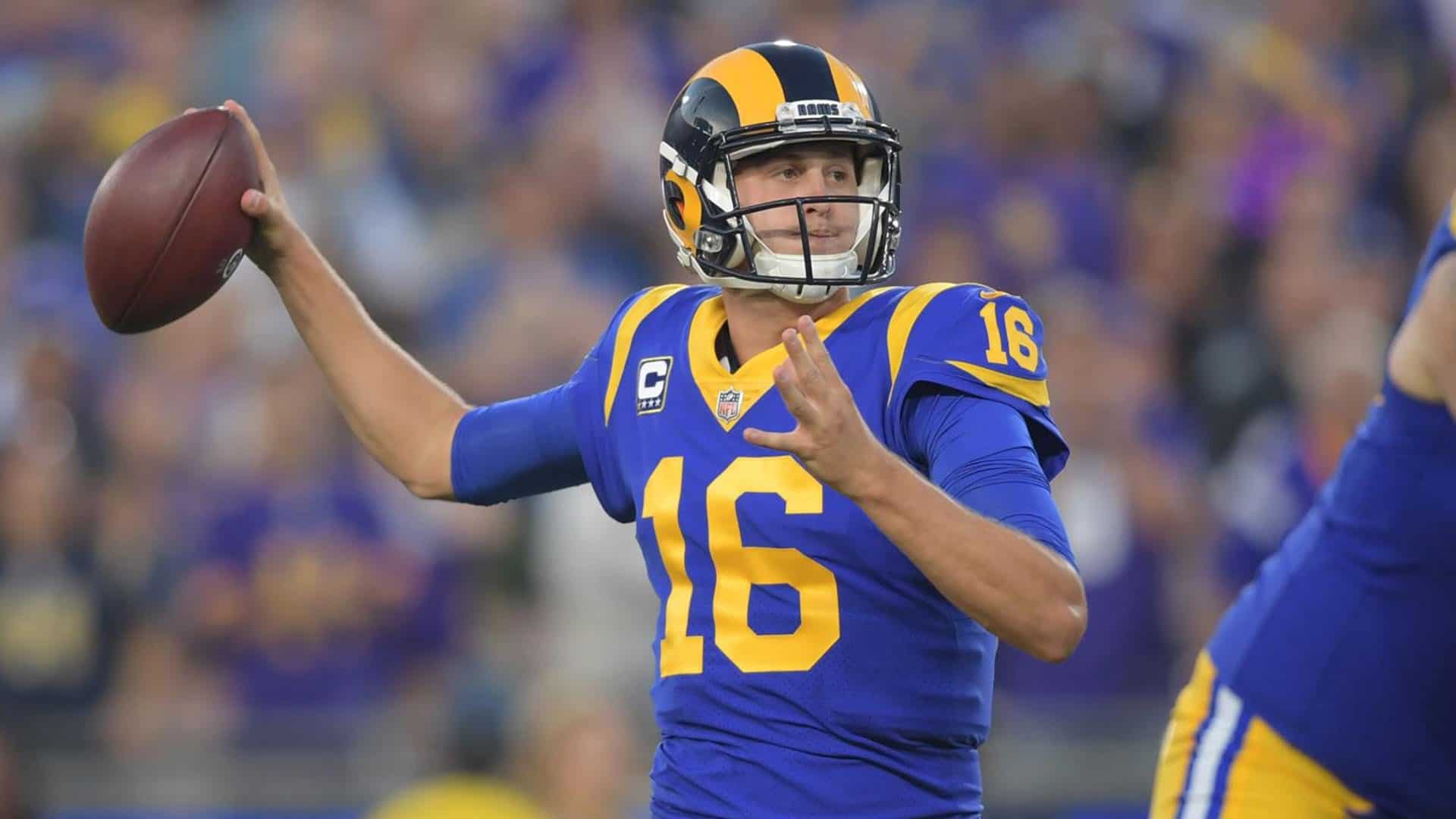 It’s Hall of Fame week, which means football season is inching closer. Before we know it, the Los Angeles Rams will be back on the field and playing football. Hall of Fame Week officially kicks off football season every year beginning with the festivities, induction ceremony and capped off by the year’s first preseason game.

The Los Angeles Rams are coming off of their best season since 2001, one that featured four Hall of Fame players: Kurt Warner, Marshall Faulk, Orlando Pace, and Aeneas Williams.

With that said, which current Los Angeles Rams could be headed for the Hall of Fame when all is said and done?

To make things more interesting, only players/coaches who are going into their third season with the Rams will qualify for this list. That means players like Aqib Talib, Clay Matthews, and Eric Weddle will be excluded.

Donald is an obvious choice because of how dominant he has been for the last half-decade. There’s a good chance that he’s a first-ballot candidate.

When you think of the greatest defensive linemen in the history of the game, players like Reggie White, John Randle, and Warren Sapp always get brought up. While Donald isn’t there yet, he’s certainly heading that way.

Since the award’s introduction in 1971, only three players have won the NFL’s Defensive Player of the Year award in back-to-back years. Donald became one of those players last season.

Donald is heading into year six, and he’s already been a four-time first-time All-Pro and was the NFL’s sack leader last season. The former first-round prospect out of Pittsburgh has improved every season he’s been in the league.

In a league dominated by quarterbacks and offense, Donald has made defense relevant. If Donald retired tomorrow, he would undoubtedly be a Hall of Famer. And if he keeps heading down his current track, he could be a first-ballot candidate.

While Whitworth certainly made his career in Cincinnati, he proved what a difference he could make when he signed with the Los Angeles Rams.

Before Whitworth, the Los Angeles Rams hadn’t had an offensive tackle worth remembering since Orlando Pace. From Alex Barron to Jake Long to Greg Robinson, every player after Pace was a borderline disaster. Subsequently, the Rams struggled.

It’s no coincidence that once Goff got that confidence of protection on his blind side, the Rams turned the corner and Todd Gurley had his best year-to-date.

When fans think about the turnaround from 2016’s 4-12 record to 2017’s 11-5, Goff’s turnaround, Gurley’s dominance, Sean McVay’s coaching, and Robert Woods‘ career resurgence get brought up.

Whitworth’s signing seems always to go unnoticed and under the radar because he’s an offensive lineman. He’s only a two-time first-team All-Pro, but that might be different had he played somewhere other than Cincinnati.

The Rams left tackle may not be a first-ballot Hall of Famer, but there’s little doubt that he deserves a spot in Canton.

Goff’s career didn’t start all fine and dandy. This is a quarterback that began his career 0-7 before finally turning things around. What Goff has accomplished thus far in his career is nearly unmatched.

Throwing out his rookie season, Goff’s 8,492 yards in years two and three are fourth-most all-time behind Dan Marino, Peyton Manning, and Andrew Luck. He ranks fifth all-time in touchdown passes (60), among quarterbacks who started more than 30 games, his 19 interceptions are the second-fewest, he ranks fifth in yards-per-attempt (8.18), his 100.8 passer rating ranks sixth, and his 24 wins rank third.

Again, that’s where Goff ranks in just year’s two and three of his career compared with other quarterbacks in NFL history during their second and third years. Because of his expected failure with Jeff Fisher, it’s only fair to throw out what is the outlier to this point.

He’s the youngest quarterback other than Ben Roethlisberger to start a Super Bowl. His defining moment at this point is bringing his team back from 13 points down on the road in the NFC Championship game.

He will enter next season at 24 years of age. It’s still very early in his career, but if things keep heading the way that they are, he’s headed for Canton.

Like Goff, it’s still very early in McVay’s career, but let’s think about this for a second. In just two years as the head coach, he’s won the NFL’s Coach of the Year and led a team to a Super Bowl.

Before McVay’s arrival, the Los Angeles Rams hadn’t made the playoffs in 12 years and hadn’t had a  winning season in 13. In McVay’s first season, he takes a  team that ranked historically bad on offense and made them the Rams became the first team in NFL history to have the top scoring offense in the league a year after finishing with the lowest the previous year.

With McVay, at only 33 years of age, it feels like he’s in that group of next great NFL coaches. It’s still early, and teams will have an opportunity to adjust in  2019 after the book seemed to be out on the Rams offense at the end of last season. However, heading into year three, McVay took a team that was bottom of the barrel and has turned them into an annual contender.