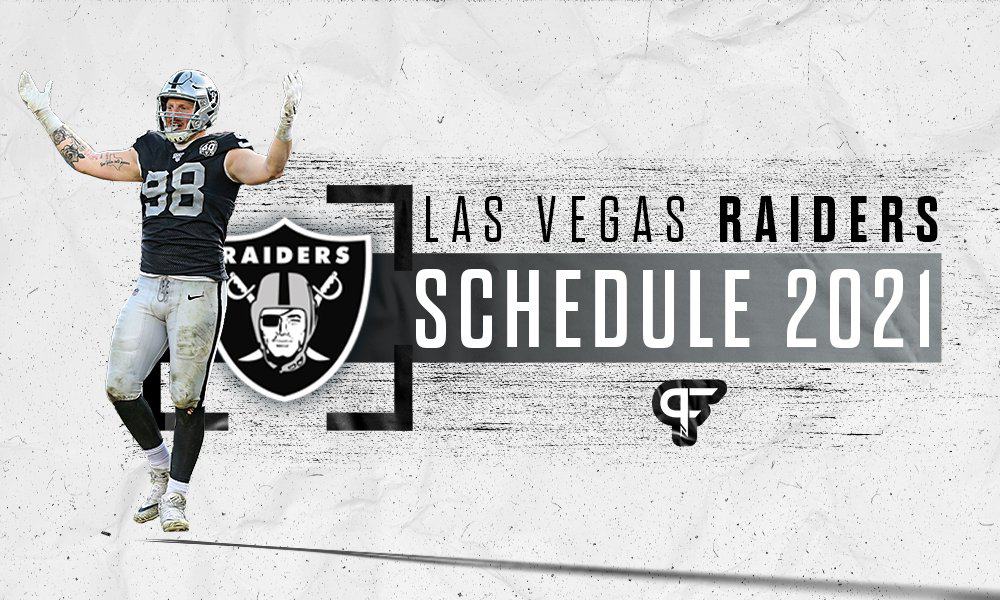 What is the Las Vegas Raiders’ 2021 NFL schedule, how many times will we see them in primetime games, and who are the toughest and easiest opponents on their schedule?

How many primetime games do the Raiders play in 2021?

The Raiders have three primetime games in 2021. They will be against the Ravens in Week 1, the Chargers in Week 4, and the Chiefs in Week 10.

When is the Raiders’ bye week?

The Raiders’ bye is in Week 8.

Two of those games come within the division against the Kansas City Chiefs, who are projected to win 12 games. While the Raiders won one of the games against the Chiefs in 2020, that was just their third victory in the last eight years. Although they lost the second meeting, the Raiders stayed even with the Chiefs throughout the game, scoring 31 points and losing by four.

The other two games come against the Baltimore Ravens and Indianapolis Colts. If the Raiders have ambitions of the playoffs in 2021, winning games against key AFC rivals like these will be key.

The Raiders’ 2021 schedule will see them play four games against teams projected to win 7.5 games or fewer. Those four teams are the Cincinnati Bengals, Philadelphia Eagles, New York Giants, and the Bears. Each of these teams could have quarterbacks playing on their rookie deals. The games against Joe Burrow, Jalen Hurts, and potentially Justin Fields are somewhat wildcards, given the limited game time we have seen all of those have in the NFL.

After two seasons that have seen the Raiders tread water, they stand on a knife-edge in 2021. A bad season now could lead to the Raiders’ ownership questioning the decision to hire Jon Gruden. On the contrary, an improvement could see the Raiders continue to build into potential challengers to the Chiefs.

With all four teams in the AFC West looking strong entering 2021, the Raiders’ far more difficult schedule could pose an issue. If they do not get victories in those easier games, there are a number of middle-of-the-road and trickier matchups that could cause them to have an underwhelming season.