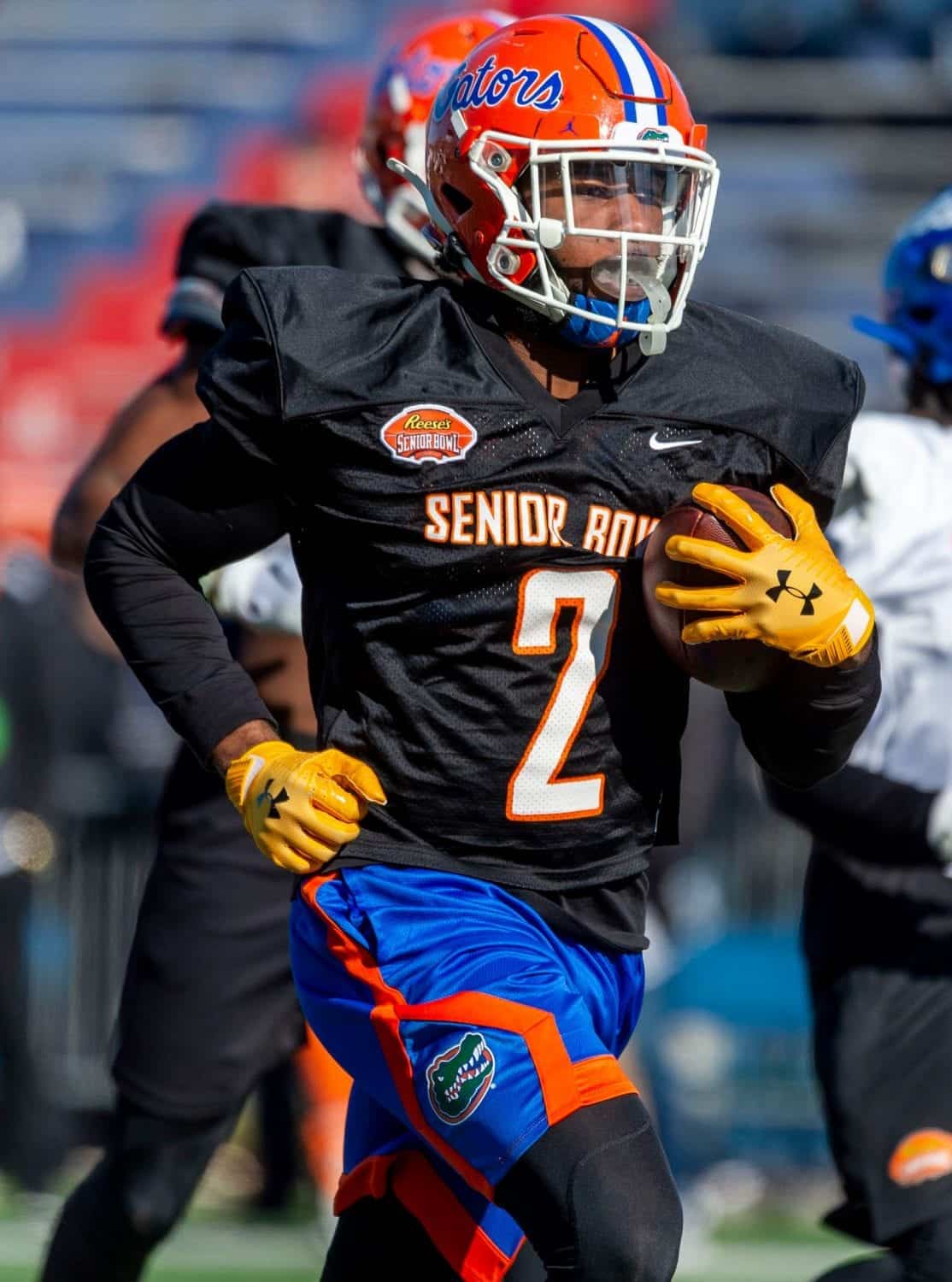 No player helped their draft stock more than Justin Herbert at the 2020 Reese’s Senior Bowl in Mobile, Alabama. Herbert was named the Most Valuable Player of the game, and his performance may potentially cement his status as a top-10 selection in the 2020 NFL Draft. However, he wasn’t the only player who helped his cause. Players such as Florida Gators running back Lamical Perine, Ohio State Buckeyes wide receiver K.J. Hill, and Oklahoma Sooners quarterback Jalen Hurts used Senior Bowl week to elevate their draft status as well.

The game itself took place on Saturday, January 25, 2020, at Ladd-Peebles Stadium, but players were also afforded a week worth of practices to showcase their talents and catch the eyes of the draft community. The North Team secured a 34-17 victory over the South Team, led by strong performances from Michigan quarterback Shea Patterson, Washington State quarterback Anthony Gordon, and UCLA running back Joshua Kelley.

While this game is the best of all college football All-Star games, box score scouting would do these prospects an injustice. The beauty of Senior Bowl week is watching how players will compete and perform against their talented peers. Performance at practice carries as much weight on a player’s draft status as the game itself.

While there were many performances of note during the week, three players, in particular, took advantage of the platform and have had the draft community buzzing all week.

Perine was brilliant during Senior Bowl week. In the game itself, Perine had a strong performance, rushing seven times for 42 yards, while also adding two receptions for 17 yards and the game’s first touchdown. Perine is a powerful runner who will fight for every yard. He possesses a good combination of balance and strength, reads blocks well, and is a very decisive runner. He isn’t a very elusive runner and isn’t the most gifted athlete, however, as he displayed all week at Senior Bowl practices, there is a spot in the NFL for a player of his caliber.

Perine really improved as a pass-catcher in 2019, catching 40 passes for 262 yards and five touchdowns. Those 40 receptions were more than he tallied the previous three seasons combined. During the Senior Bowl game, Perine had his improved receiving ability on display as he took a Justin Herbert pass for a 16-yard touchdown. In the clip below, you will get to see Perine’s biggest strengths on display, as he reads his blocks well and showcases his power by running over a North Team defender:

Florida RB Lamical Perine not looking bad. Could be later round steal in roomie drafts. Especially if he finds a favorable backfield situation.

When I said Perine runs with power, I wasn’t kidding. Take a look at the clip below to see how Perine steamrolls through a tough LSU defense:

Can someone tell me why Lamical Perine is getting absolutely no hype?

What am I missing here?!pic.twitter.com/JMAP1rUq7i

The running back group for the 2020 draft is a very good one, and Perine is certainly a prospect on the rise. Heading into the 2019 college football season, Pro Football Network draft guru Tony Pauline had Perine pegged as a 6th or 7th round draft selection – as he mentioned here – but after a strong Senior Bowl week, Perine could very well hear his name called in the top-100 picks.

Hurts is one of the most polarizing prospects in the 2020 NFL Draft. With the recent success of players such as Lamar Jackson and Deshaun Watson, NFL scouts have their eyes peeled on finding the next great dual-threat quarterback. Hurts is a marvelous athlete who possesses exceptional mobility, poise, and outstanding leadership qualities. Under Lincoln Riley, Hurts made great strides as a passer during the 2019 season. He has more than adequate arm strength and excels while throwing on the run.

He is far from a finished product, as he tends to struggle when it comes to progressing through his reads, and has a tendency to lock onto his primary targets. Other warts with Hurts’ game include his poor ball security and tendency to bail out of the pocket too quickly. With that said, Jalen Hurts showcased his unique gifts during Senior Bowl week, which could potentially cement him as a top-100 selection in the upcoming draft. When it comes to extending plays and playing “off script”, Hurts can be special, and that showed in Mobile.

As I previously stated, Hurts’ development as a passer has progressed rapidly over the course of 2019, and that was certainly on display during the Senior Bowl game. The clip below will demonstrate his improved touch and accuracy:

There is a place in the NFL for a player like Jalen Hurts. If a team is willing to spend a 3rd or 4th round pick on him, be patient, and coach him up properly, he could be one of the biggest steals in the entire draft.

K.J. Hill had a tremendous week. He is super-smooth, fluid, and a route-running technician. His ability to stop-and-start was unparalleled in Mobile. While he isn’t impressive physically and won’t win many contested catches, he excels with separation off the line of scrimmage and often making defenders miss in open space. Hill displayed these qualities throughout Senior Bowl week.

Did I mention that Hill has good hands, and was catching everything thrown his way during Senior Bowl practices?

Ohio State’s KJ Hill has had an incredible week at the Senior Bowl!

Just watch for yourself. Don’t sleep on him. 🗣 pic.twitter.com/odsTBJ7Ppa

Hill showcased brilliant route-running ability in Mobile. What he does to Nebraska cornerback Lamar Jackson in the clip below should be illegal:

The 2020 wide receiver class might be one of the best we’ve ever seen, and Hill finds himself right alongside all the other top names. I don’t see how a player of his caliber is not a top-100 selection when it’s all said and done this coming April.