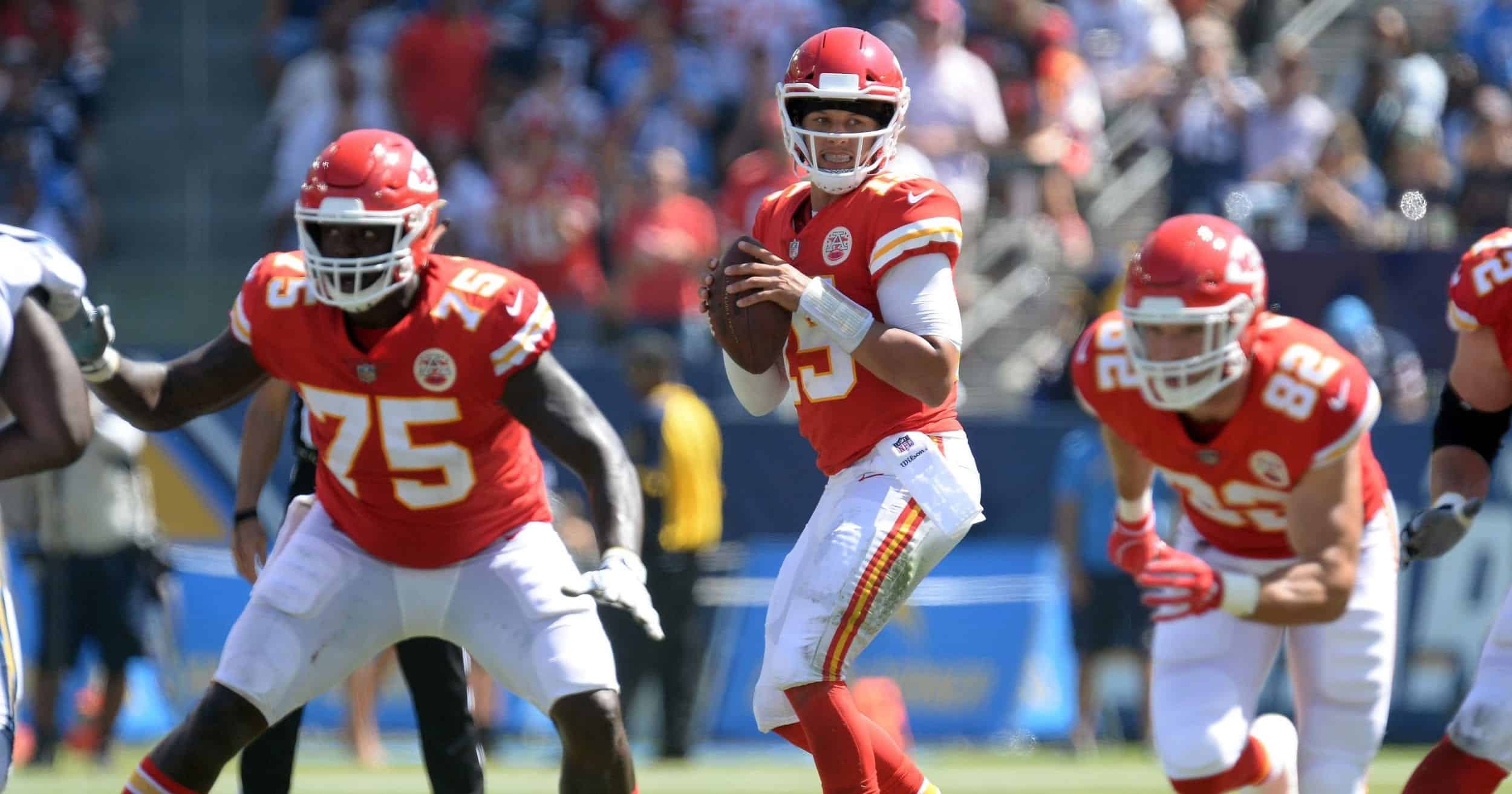 The sky isn’t falling for the Kansas City Chiefs just yet, but it is a bit gloomy these days. Just two weeks ago, it was business as usual in a Sunday Night Football matchup against the Indianapolis Colts. In the second quarter, quarterback Patrick Mahomes pulled off one of his patented Houdini scrambles and found wide receiver Byron Pringle for a 27-yard touchdown, putting the Chiefs up 10-7.

However, later in the quarter, Mahomes tweaked an ankle injury suffered in Week One. It was exacerbated in the second half when he had the same ankle stepped on by right tackle Cam Erving. The Chiefs would go on to lose 19-13, unable to muster more than a field goal after Mahomes’ injury.

Last week, the Chiefs lost their second consecutive game at Arrowhead Stadium, a 31-24 shootout with the Houston Texans. Mahomes threw for less than 300 yards for the first time all season and had two turnovers, both of which led to Texans’ touchdowns. He was strip-sacked with just 20 seconds left in the first half, resulting in a Texans touchdown on the next play. Mahomes also threw his first interception of the year in the second quarter.

When you throw kryptonite at Superman, you strip him of his powers. This ankle injury is clearly Mahomes’ kryptonite. What does it mean for the Chiefs offense? In using PFN’s Offensive Share Metric (OSM), we can better analyze the Chiefs’ offensive tendencies during the Chiefs’ losing skid.

The Offensive Share Metric breaks down who is playing a significant role in the production of an offense. The formula goes beyond traditional statistical analysis to show a player’s contribution to their team based on individual factors that only that player can control. It is graded on a 100-point scale, though this is nearly impossible to achieve as it would mean a player threw the ball, then caught it and somehow also rushed with it simultaneously. Anything over a grade of 40 is considered an elite performance. Have any of Superman’s sidekicks stepped up during the two-game losing streak?

Since wide receiver Tyreek Hill’s week one injury, a different receiver has stepped up each week in his absence. The loss to the Colts was no different. Unheralded and widely unknown receiver Pringle had an elite grade of 43.90 in the game, pacing the team in receptions, yards, and receiving touchdowns. No running back qualified for an OSM grade, meaning no back met the minimum of 10 rushing attempts in the game. WR Mecole Hardman had an OSM grade of 37.92 and WR Demarcus Robinson had a grade of 23.60. Though they didn’t put up big numbers, Mahomes spread the ball around, hitting six different receivers.

In last week’s loss to the Texans, Mahomes relied on more familiar faces. Hill returned from injury and had an OSM grade of 27.63, while Travis Kelce scored an elite grade of 40.45. For the second week in a row, no Chiefs RB qualified for an OSM grade due to limited carries. What can we decipher from Kansas City’s OSM grades?

The Chiefs offense is built around the trio of Mahomes, Hill, and Kelce. However, the season’s overall OSM numbers show that a multitude of receiving weapons are ready to step up when given the opportunity. On the season, WR Mecole Hardman has an elite OSM grade of 40.24. Sammy Watkins, currently battling a hamstring injury, has a season grade of 35.35. Demarcus Robinson, sparked by a 172-yards week two performance, has an OSM grade of 27.71 on the season.

As for the running game, the backs haven’t been a big part of Andy Reid’s game plan. Running back LeSean McCoy leads the backfield with an overall OSM grade of 12.76, followed by Damien Williams with an anemic 1.94 grade. Even with Mahomes hobbling, Reid doesn’t seem to have much of an interest in running the ball.

It’s not all on the Chiefs offense

The Chiefs’ defense plays a role in all of this, specifically the run defense. Opposing running backs are gouging the defense while keeping Mahomes off the field. Smelling blood in the water, the Colts rushed 28 times for 103 yards in the second half in the Week 5 matchup. 70 of RB Marlon Mack’s 132 yards rushing also came in the second half.

In Week 6, the Chiefs held QB Deshaun Watson to 280 yards passing and intercepted him twice. Despite this, the defense allowed RB Carlos Hyde to rumble for 116 yards on 26 carries. For now, teams seem to have found a formula for beating the Chiefs: run the ball and keep a hobbled Mahomes in the pocket. It’s a task made exponentially easier with the ailing ankle.

What to expect Thursday night

But don’t look for Kansas City to exploit the imbalance. The Chiefs’ OSM grades indicate that even with a wounded quarterback, they will attack the Broncos through the air. Given the tough defensive matchup, the Chiefs might need help from someone outside of Hill and Kelce to get the job done.