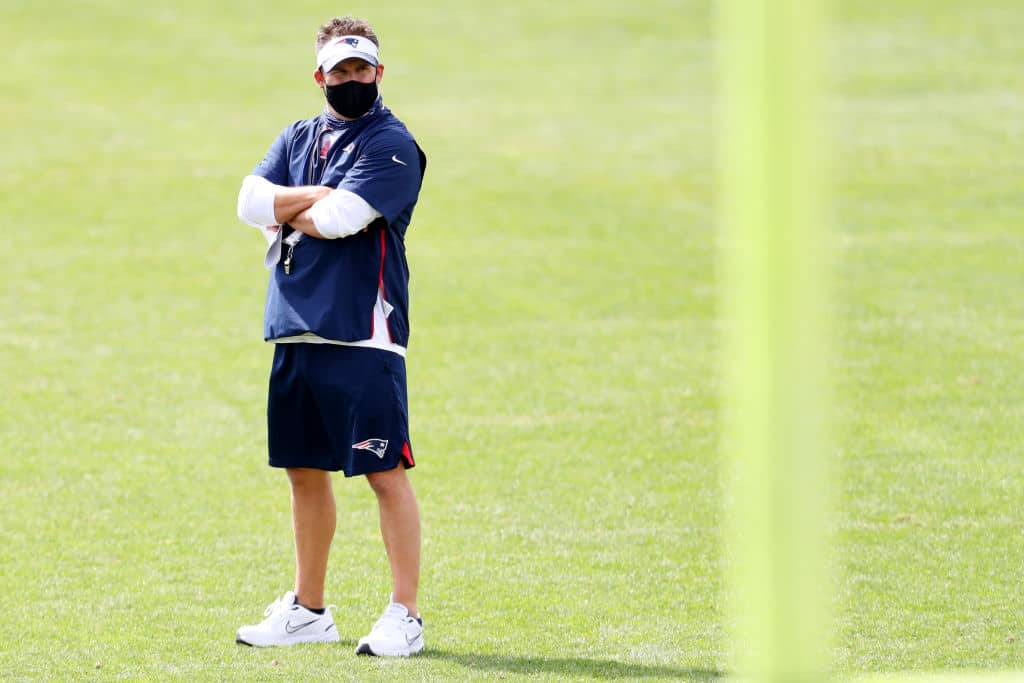 New England Patriots offensive coordinator Josh McDaniels is emerging as a head coach candidate again as underachieving teams compete for the hottest names. After more than a decade of playing second fiddle to Bill Belichick, will McDaniels get a second chance?

Josh McDaniels occupied the head coach position of the Denver Broncos in January of 2009, replacing the legendary Mike Shanahan. McDaniels’ reign got off to a rocky start, with his starting quarterback demanding a trade within months of his appointment. Rumors were swirling that McDaniels was looking to trade for New England Patriots backup quarterback Matt Cassel. In McDaniels’ offense, Cassel helped the Patriots finish 11-5 after Tom Brady tore his ACL and MCL in Week 1.

Jay Cutler, who was coming off a Pro Bowl season in which he passed for 4526 yards and 25 touchdowns, was less than happy. McDaniels quickly denied the rumors, but Cutler made it clear that the two wouldn’t work together. McDaniels wanted to leave, and that’s exactly what he did.

Despite the transition to Kyle Orton as starting QB, the 2009 season began in style. The Broncos rattled off six consecutive wins and headed into their bye week undefeated. Their fortunes soon changed, though. They lost eight of their final 10 games to finish the season 8-8, missing out on the playoffs due to a Week 17 loss to the division rival Kansas City Chiefs.

The team struggled out of the gate the following season en route to a 3-9 start, leading to Josh McDaniels’ firing. His time in Denver will be remembered for drafting Tim Tebow and the disagreements with both players and staff. Beyond that, though, he was brought in as an offensive mastermind, and he failed to produce. Ultimately, this contributed as much to the 11-17 head coaching record and firing as anything.

Josh McDaniels is still best-known for his time with the New England Patriots. He worked his way up after joining as a personnel assistant and has been a part of six Super Bowl wins. Three Super Bowl wins as offensive coordinator. The Patriots have finished in the top eight for offensive points scored in each of his 11 seasons in the role. However, that streak looks set to end this year.

Perhaps the most impressive part of that is the times when Tom Brady hasn’t been available, though. The aforementioned 2008 season, which featured Brady for just over seven minutes before his injury, saw a Matt Cassel offense scoring the NFL’s eighth-most offensive points. The Patriots ranked third in the 2016 season, despite Brady’s four-game suspension for his part in the “Deflategate” controversy.

McDaniels put Brady’s replacements, Jimmy Garoppolo and Jacoby Brissett, in a position to succeed. The team went 3-1, with the duo becoming starting quarterbacks in the NFL in the years following. Each of those quarterbacks have had varying degrees of success. But they’ve had enough production to be intrigued by the tutelage McDaniels provides in his QB room.

The 2020 season has been a challenge for McDaniels, with Cam Newton’s skillset requiring a different strategy. The Patriots have always valued the running game, but passing has become the last resort. In fact, used only when necessary. They’re a middling offense, but they’re remaining competitive most weeks as they adapt to life post-Brady.

Teams rumored to be interested in McDaniels as head coach

Speculation about Patriots offensive coordinator Josh McDaniels getting a second chance as a head coach has been rife every offseason in recent memory. He famously accepted the opportunity to become head coach of the Indianapolis Colts in 2018. He’d later withdraw from the position shortly after the team made the official announcement. The Colts landed on their feet with Frank Reich, but his decision to do so was widely condemned and could work against him, with organizations wanting to avoid similar.

Sports Illustrated’s Albert Breer has reported that McDaniels is “generating early buzz.” The Houston Texans, Atlanta Falcons, and Detroit Lions all have established quarterbacks. They could use an offensive boost, while several other vacancies are expected to open up in the coming weeks.