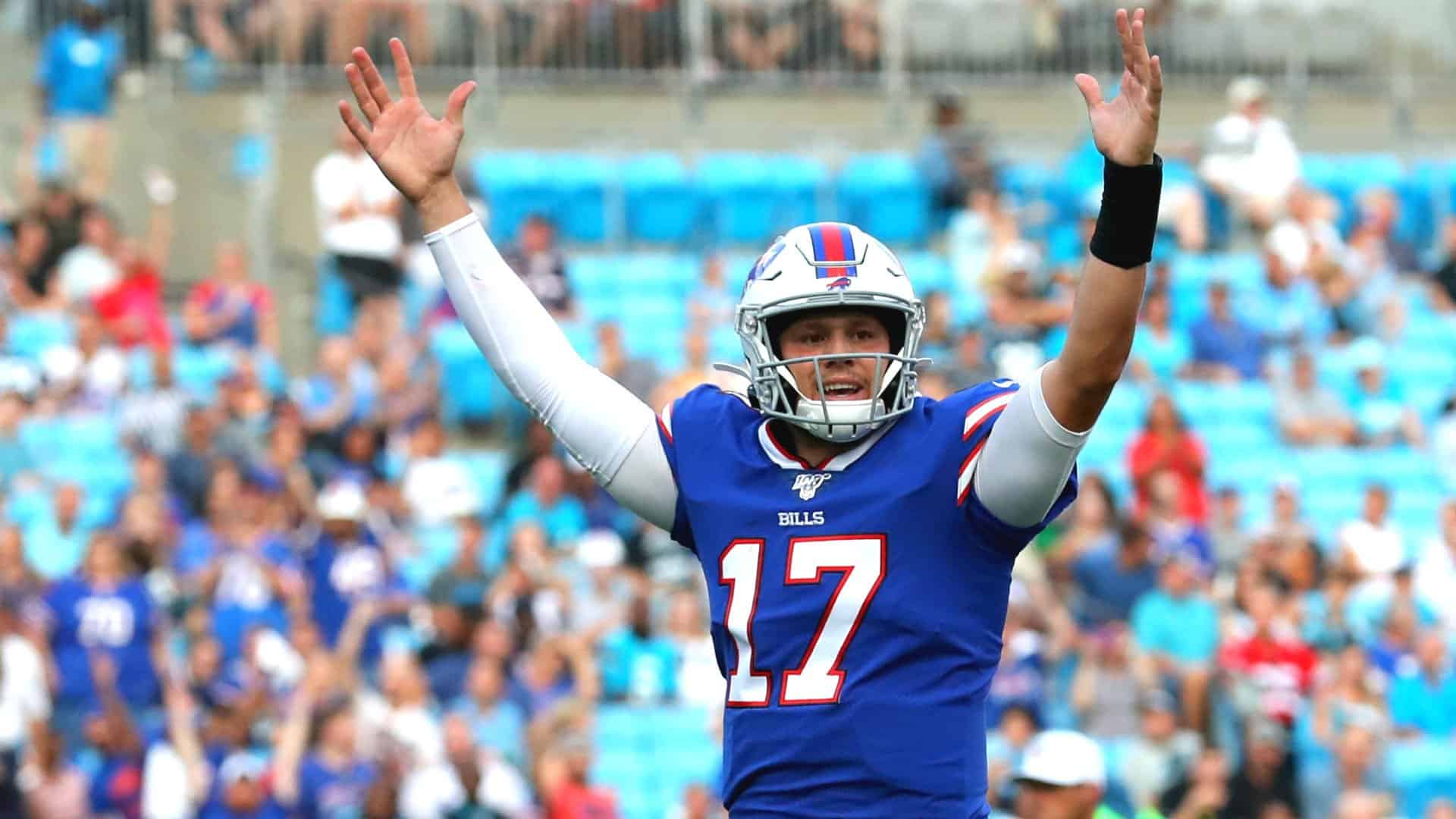 Image Source: Getty Images
What's in this article? Click to show
A breakdown of Josh Allen’s stats and production grades
Josh Allen leads several stat metrics for Week 2
Allen has been really good, but can that momentum continue?

There weren’t a whole lot of players that received more criticism this past offseason than Bills quarterback Josh Allen. But now, just two games into the 2020 regular season, Allen is on pace for a record season in Buffalo. He has played exceptionally well so far this season, and has already set some franchise records. I know that it’s very early on, but things are looking promising for the Bills if Allen can continue to build on this momentum.

A breakdown of Josh Allen’s stats and production grades

The Bills offense seemed to have their way with the Miami Dolphins this past weekend. Allen’s near-perfect performance was an integral part of the overall team’s success leading to a 31-28 victory on Sunday. Once the dust settled in Miami, Allen found his name atop several different performance charts, including OVM.

For the day, Allen had an OVM grade of 38.81. This grade is on the cusp of being considered an elite, top-shelf performance for an NFL quarterback. So what makes this number so high? Allen’s monster numbers carried a majority weight in the overall success of the offense ultimately leading to a second Bills victory.

Allen ended the day with a massive 417 passing yards, 18 rushing yards, four touchdowns, and no interceptions. He had a completion percentage of nearly 69% and a QBR of 147.0 — the highest quarterback rating in Week 2.

Late in the fourth quarter of Sunday’s game, Allen drops a deep ball to Brown for a 46-yard touchdown. Brown found himself up against some fierce coverage and Allen had to thread the needle to make a play. NFL NextGen Stats graded this throw with a completion probability of just 18.5%. Today, this completion is sitting as the eighth-best play on the NextGen Improbable Completions list of the 2020 season.

Overall, Allen being able to find targets, make some impressive completions downfield, and play with an aggressive level of consistency, has created a stride of momentum that the Bills offense has been able to ride for the past two weeks now.

Sure, there’s been some real help from the receivers that are making the plays possible. But with the amount of production that Allen has created himself, he brings a level of value that hasn’t been seen by a quarterback in Buffalo in quite some time.

Allen has been really good, but can that momentum continue?

So far in 2020, Allen has shown that he means business. His 400-yard, four-touchdown, no interception game was a franchise first for the Bills. He is currently leading the league in passing yardage with a whopping 729 total yards. Thanks to his arm strength and game-day execution, and with the help of some top-tier receivers, the Bills find themselves as the sole undefeated AFC East team.

But, things definitely get tougher from here. The Bills schedule over the next several weeks includes the Raiders, Titans, and Chiefs, all with defenses that are formidable this year. I don’t want to discount these first two weeks for Allen, but if he can continue to find ways to win and put up these same kind of stats over these next four weeks, I think we can expect to see him continue to succeed.