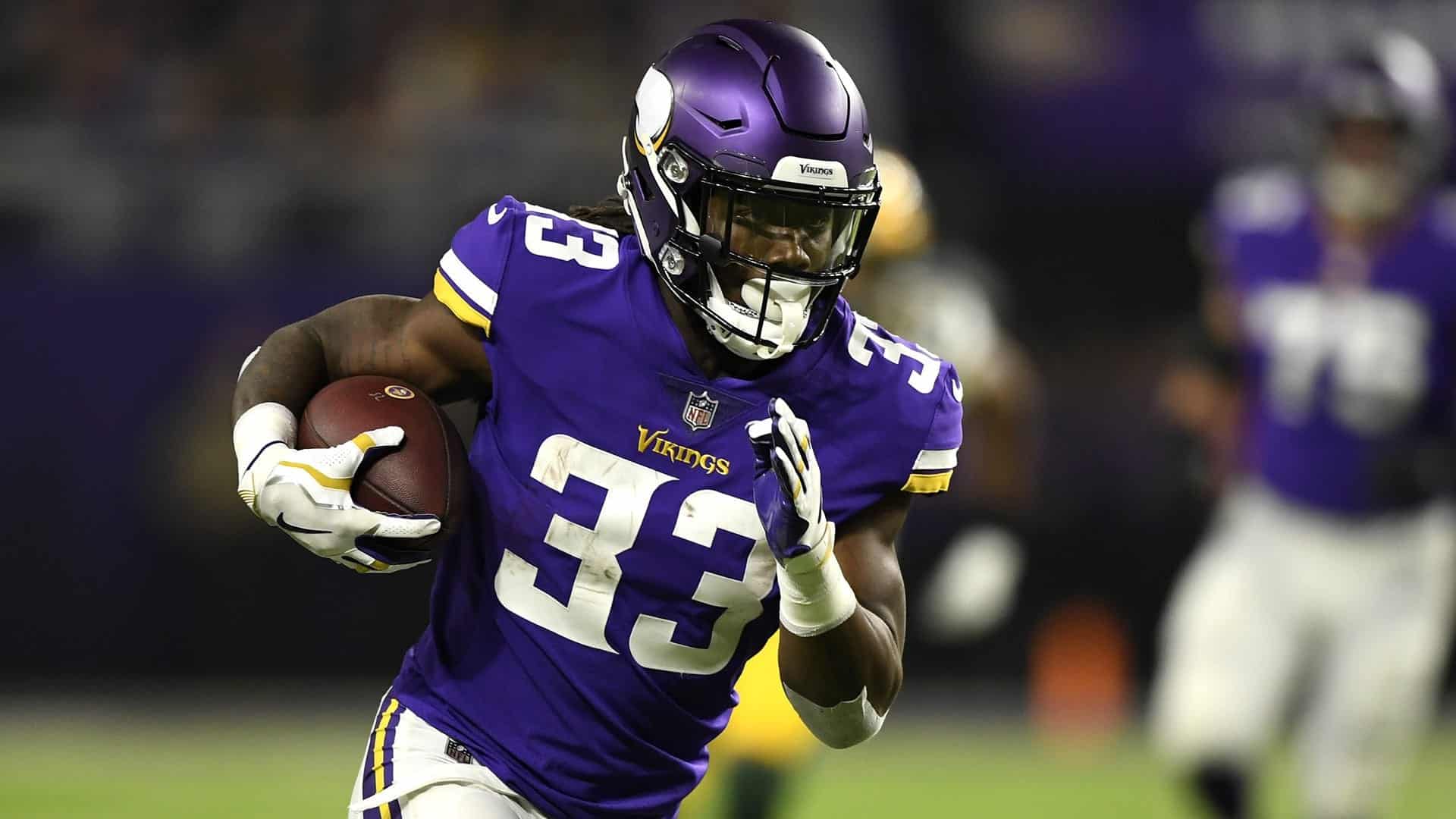 Once again this year, after one year of quality production, a running back has decided to holdout and wait for a mega-deal to come their way. This time around, for the Minnesota Vikings, a cap-strapped team that parted ways with multiple defensive starters, this is not an ideal situation. Now, with Dalvin Cook threatening to remain on the sideline as long as it takes, the Vikings need to ask themselves, what is Cook worth to the team?

As the 2020 season rolls quickly around, the Vikings are still looking to contend on offense with Kirk Cousins and Adam Thielen leading the way. Cook was supposed to complete the triangle, but his plans might swing differently.

One year after rushing for 1,135 yards in 2019 and helping Minnesota to a divisional round appearance, Cook will sit out offseason activities. According to ESPN’s Adam Schefter, the former 41st overall pick will remain on the sideline until he receives a “reasonable” contract extension.

“He’s out,” a source told Schefter. “Without a reasonable extension, he will not be showing up for camp or beyond.”

Cook’s presence in the backfield as the x-factor of the offense might sting in the production as the team looks to win the NFC North. However, as productive the former Seminole was last season, the Vikings have the edge in the battle of bidding wars.

What is Dalvin Cook worth to the Vikings?

Deal or no deal?

Career-highs in rushing and scoring will always improve the resume of a running back. Cook bounced back last season with new highs in rushing yards and touchdowns, finishing in the top 10 for rushing and total yards. Throw in the dual-threat capability (53 catches for 519 yards), and it’s hard to ignore his potential.

According to Over The Cap, Cook will make $1.3 million in 2020, ranking 45th among running back contracts. Which is barely better than Carolina’s Mike Davis or San Francisco’s Jerick McKinnon, so a new deal isn’t far-fetched on paper. In his more than three-year stint, when on the field, Cook has wowed, and the Vikings have been better.

However, therein lies the problem, he has a hard time staying healthy. Since being drafted from Tallahassee to the Land of 10,000 Lakes, Cook has missed immense time. His rookie year ended before it could take flight due to a torn ACL. His second season was promising early, but a hamstring injury cost him five games. Even in a record-setting season, Cook missed a pair of contests due to a chest concern.

However, when he did play last season, the Pro Bowler finished with eight 100-total yard games, leading to six wins for the Vikings and the eventual promotion of Kevin Stefanski.

So yes, Cook is essential. Very important. However, a nice payday for Cook’s party means trouble for the Vikings’ future cap space.

The Vikings, according to Over The Cap, only have $12.3 entering the season. Cook’s respective deal, per ESPN’s Courtney Cronin, is set a roughly $13 million, similar to that of David Johnson’s during his time with the Arizona Cardinals.

The frugal Minnesota roster already parted ways with Stefon Diggs this offseason via trade to free up space, along with several minor moves. When the team offered Cook a deal worth $10 million, he scoffed at the offer. Now comes the chicken game leading to potential buyer’s remorse.

Running backs still matter — despite whatever the new term is — but they’re also easily replaceable. One quick trade or a great outing for an unknown cheap option could be the end of an expensive, yet expendable star runner.

If history has taught Rick Spielman anything, it’s that a holdout usually bounces back in the player’s face.

Melvin Gordon played the holdout card with the Chargers last season, wanting a massive deal similar to Le’Veon Bell. Once Austin Ekeler started playing well, the former top 15 pick returned all nonchalantly to earn his starting role. Ekeler captured the extension while Gordon is playing up in rival Denver.

Bell tried the holdout game in 2018 with the Steelers, despite being offered a mega-deal at the time. He missed the entire season and eventually signed with the Jets, who immediately seemed ready to part ways a year later. The Steelers, meanwhile, found a quality runner in the form of James Conner on a team-friendly deal.

Before all that happened, Johnson was given the deal Cook hopes to receive by Arizona. He’s now in Houston after two injury-plagued seasons via trade. Todd Gurley, who just received a four-year, $60 million extension that included $45 million in guarantees in 2018, was released two years later by Los Angeles this offseason.

There are exceptions, however. Both Ezekiel Elliott and Christian McCaffrey are running backs who got their mega-deal extensions and continue to perform. More often than not though, a massive contract will come back and blow up in a team’s face.

Unlike the Cardinals or Rams, who felt stuck with their heavy-paid players, Minnesota is still not out of options on the ground. The second-year pro, Alexander Mattison averaged 4.6 yards per carry in his rookie campaign, while Mike Boone has a career average of five yards per run. Should the two do enough to make up the production, Cook could follow a path similar to Bell and Gordon with a limited market value.

Speaking of that, 2021’s running back free agency class could be historic. Cook would highlight the class alongside potentially Joe Mixon, Chris Carson, and Derrick Henry. Perhaps unable to snag the top-names, Minnesota could find value with cheaper options in Kenyan Drake, Tarik Cohen, or Jamaal Williams. They also could go middle ground with a name like Aaron Jones or Super Bowl standout Damien Williams.

RBs with one year left on their contract:

There’s also the new collective bargaining agreement. Should Cook not report and play, it would actually hurt his stock rather than help.

“If Dalvin Cook does not report on the mandatory reporting date next month with his teammates, or at any point thereafter does not fulfill his contract for any material period of time, he would not accrue the fourth season he needs to become an unrestricted free agent next March,” NFL Network’s Tom Pelissero broke down. “Instead, Cook would be a restricted free agent, meaning the Vikings could retain him with a first-round restricted tender worth between $4 and $5 million instead of having to apply a franchise tag that would be worth roughly double that.”

So, Cook is caught in between a rock and a hard place. The holdout is likely for his agent to scoop up a few more dollars at the end of the original deal. If not, Cook has two options: take what’s offered or roll the dice and hope to stay healthy.

Maybe Minnesota will pay, or perhaps they’ll wait another year. However, if history repeats itself, this could be a Gordon 2.0 in the making. No matter the outcome, this holdout likely isn’t in the young runner’s favor.

Minnesota can call Cook’s bluff and end this holdout. All that’s left is to see if he folds or goes all in.