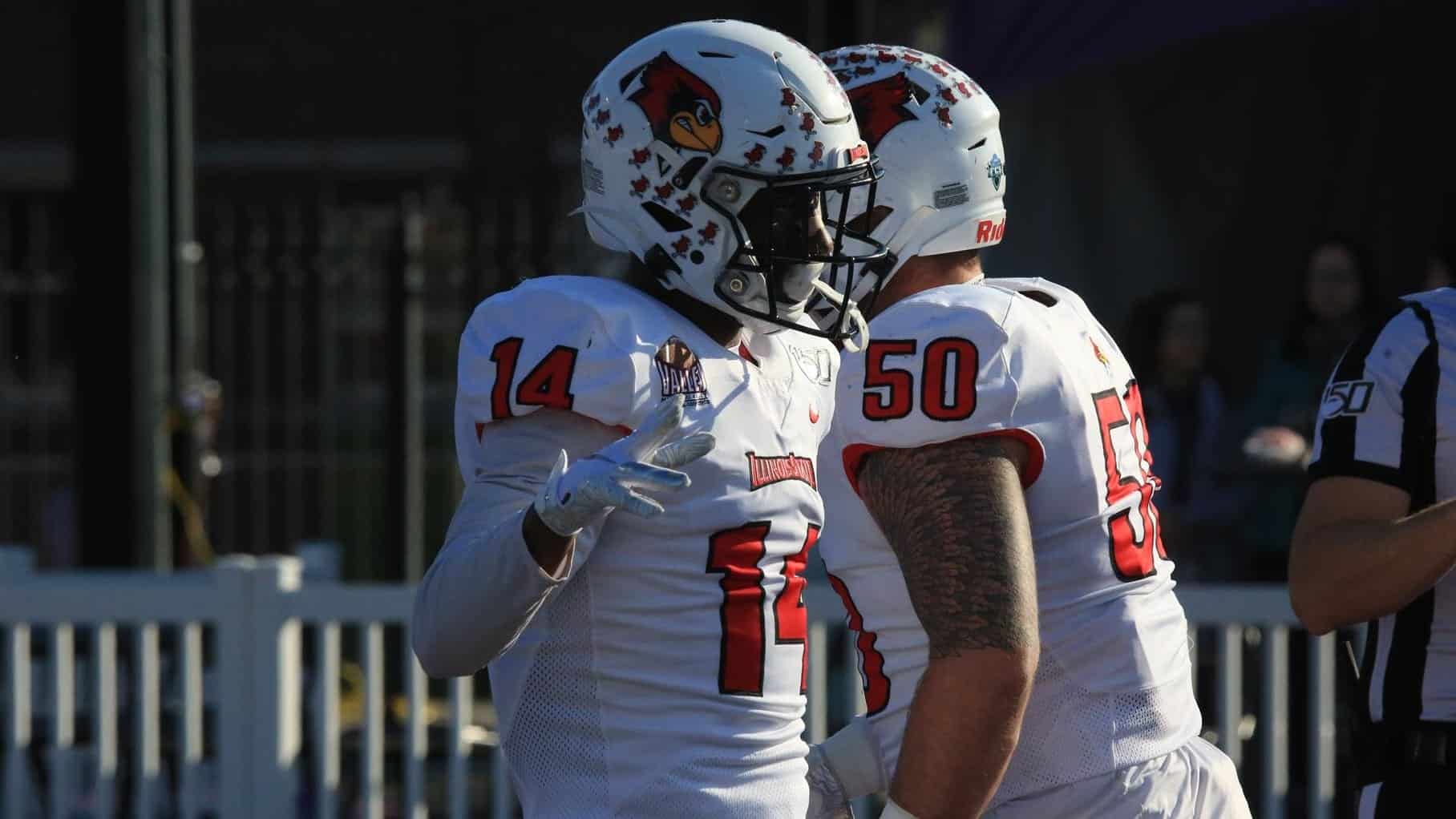 Now that the East-West Shrine Bowl has concluded, we have a new group of 2020 NFL Draft prospects and data to analyze before the big day in April. These players included some well-known college stars along with some more under-the-radar standouts looking to make a name for themselves and improve their draft stock. One of those players previously flying under the radar as an NFL Draft prospect is Shrine Bowl Defensive MVP, Luther Kirk.

Kirk is a versatile safety prospect from Illinois State who won the Shrine Bowl MVP award after collecting two tackles and an interception for the West in a losing effort. He has the range and has started to make his mark on the 2020 NFL Draft landscape. Below, I will break down his career with the Redbirds and asses his potentially bright future as an NFL Draft pick and player.

Before becoming a 2020 NFL Draft prospect, Kirk was a two-way football star for Garland High School in Garland, Texas. He played both quarterback and defensive back, passing for 12 touchdowns and rushing for eight more during his senior year. Kirk decided to settle in on the defensive side and committed to play safety at Illinois State to begin his college career. The talented, young defensive back played in 25 games during his first two seasons at Illinois State. During that time, he recorded 33 tackles and five pass deflections as a rotational player and core special teamer for the Redbirds.

Following his sophomore season, Kirk decided to take some time away from football before returning for the 2018 campaign. Kirk started all 11 games as a junior upon his return to the team. He made his presence felt immediately, recording three tackles and his first collegiate interception against Saint Xavier in the 2018 season opener. Kirk went on to tie the MVFC lead that season with five interceptions, while also ranking second on the team with 61 total tackles. For his efforts, Kirk made the First Team of the Missouri Valley Football Conference at safety.

The big safety prospect had put MVFC opponents on notice as he entered his senior season in 2019. Luther’s range and ball-hawking ability were evident during his junior season, which led to fewer opportunities in 2019, as teams started to respect Kirk’s turnover prowess. He finished the 2019 season with zero interceptions but was able to impact the opposing offenses in other ways. He recorded a career-high 89 tackles, three sacks, a forced fumble, and six pass deflections. His versatility in the defensive backfield was starting to pay big dividends as it allowed him to affect games in many different ways.

Kirk’s versatility as a prospect will be his big calling card when it comes to his chance of being selected in the 2020 NFL Draft. He has seen time at both safety spots, while also showing the ability and willingness to cover the slot. The nickel corner spot is something that Kirk touched on during his time in St. Petersburg this week at the East-West Shrine Bowl.

Kirk spoke with PFN’s own Andrew DiCecco, who asked about his willingness to play in the nickel corner spot in the NFL: “Absolutely. I do gotta work on my man technique, though, for sure.” And to take it one step further, Kirk was also asked by DiCecco about the player in the NFL he compares his game to: “I’d say I’m more of a Tyrann Mathieu type of dude.”

Mathieu has been the model of versatility and play-making ability from the secondary during his first seven NFL seasons. Kirk hopes to follow in the footsteps of the Pro Bowl defensive back.

I previously mentioned Kirk’s teammate and fellow sleeper, running back James Robinson. The talented running back Robinson also attended the Shrine Bowl. Along with Robinson, Kirk’s NFL journey continued this past Saturday, where he made his presence felt with this timely interception in the third quarter.

Where's the free safety? There he is! @MoveTheSticks

Luther Kirk (@RedbirdFB) comes out of nowhere to get the first INT of the game!

Kirk commented on what he was looking to get out of Shrine week, saying, “Just trying to soak up as much information from the coaches as I can, and find things that I can apply to my game.” It appears that he certainly caught the eye of all coaches and scouts in attendance, and as the offseason wages on, he will look to continue to improve his draft stock.

In terms of size, Kirk stands 6’2″ and hopes to continue to play around 198 pounds. This height and weight is a good size for an NFL corner or safety. Kirk could hear his name called as early as the 4th or 5th round of the 2020 NFL Draft and teams looking for a rangy safety or a big, outside corner with blitzing ability and nickel capabilities such as the New York Jets or Miami Dolphins should give Kirk a look. Take a look at another tremendous, well-timed sack made by Kirk against Southeast Missouri.

Speaking of the Jets, another player that compares favorably with Kirk is the Jets’ Jamal Adams. Adams does not have the elite speed for the position, but covers a lot of ground and makes plays all over the field. He is a sure tackler who collected a career-high 6.5 sacks in 2019. In 2018, the Jets moved Adams all over the formation during his 16 starts.

At a lesser level, Kirk could emulate some of the same things that Adams does for an NFL team. He is a capable blitzer, with the ability to line up all over the defensive backfield and succeed in multiple positions and formations. If Luther can demonstrate above average coverage ability during the offseason, he will find himself drafted in the middle rounds and competing for playing time early on in his NFL career.

Scott Gorman is a writer for PFN covering the 2020 NFL Draft. You can follow him at @sgormanPFN on Twitter.