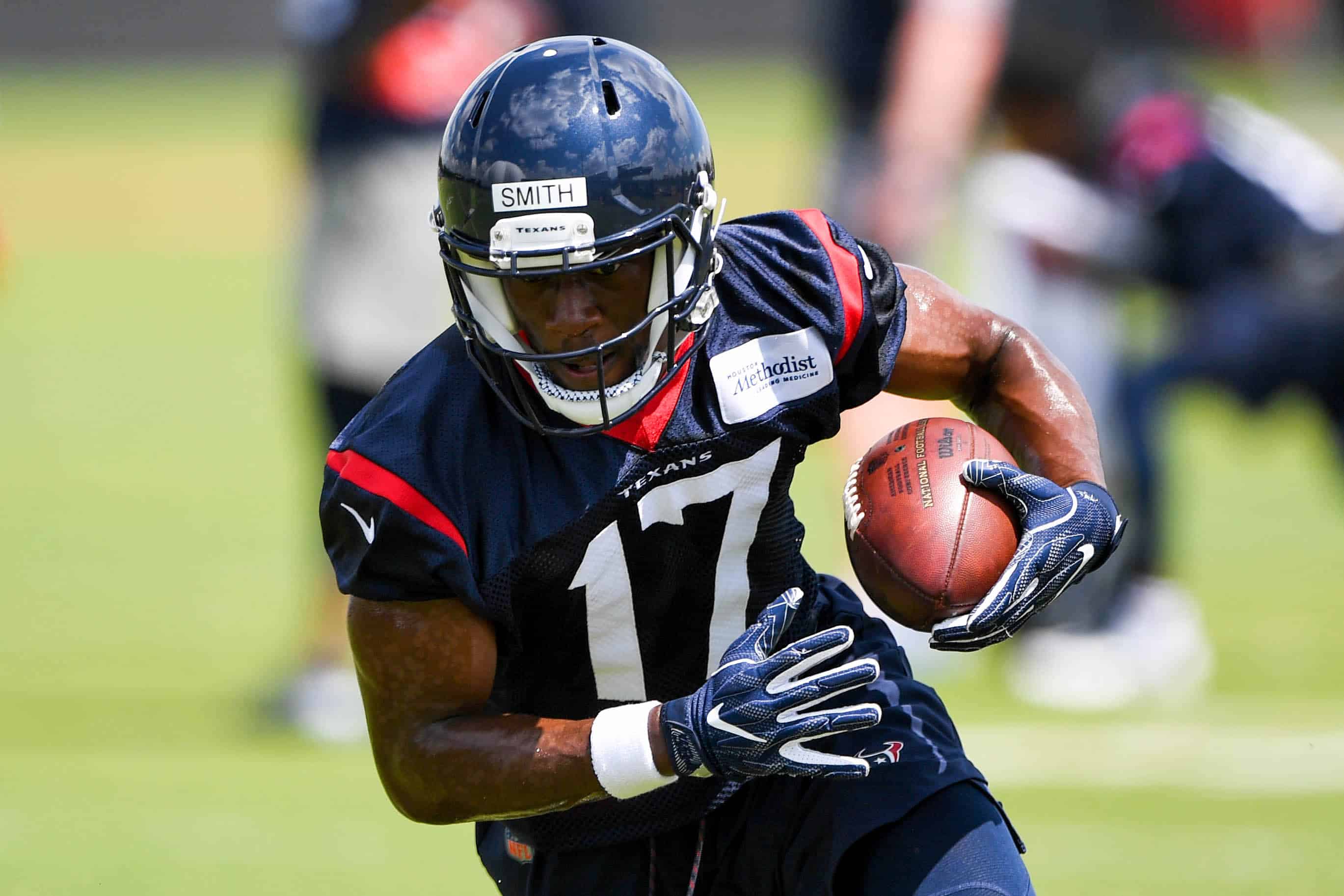 One of my favorite aspects of all the post preseason cuts and transaction madness is the development of each team’s practice squad. While these players didn’t quite make the 53 man roster, the consolation prize isn’t all that bad. Often, the practice squad indicates the top young players with a chance of developing into a solid depth player. In rare cases, it could lead to even more.

The players assembled to this unit feature an array of skill sets. Many times they can possess a quarterback with the need for development. Perhaps a college star who couldn’t quite crack the 53 man roster. A bottled up talent who was buried on the depth chart in college. The rest, the unknowns. Who doesn’t love an underdog story?

Then there’s always the dynamic of stealing players away from division foes in the waivers stage. As we saw the Texans do with Alex McGough from Jacksonville. Along with the Colts who stole Jamal Davis from Houston. At this point, all we can do is wait for the McGough revenge game against the Jags.

Overall, the Texans’ practice squad holds a nice blend of talent, upside, and positional variety. It’s sure to be a revolving door of transactions over the course of the season. However, there are a few guys who can make an impact this year in Houston.

My favorite practice squad addition was none other than Alex McGough. He has now stood out in consecutive preseasons albeit with different teams. Drafted by Seattle in 2017, he then found himself in Jacksonville this past summer. The Florida International all-time leader in passing touchdowns brings arm talent, athleticism, and moxie. If McGough goes unpoached during the course of this season, he could find himself battling for the backup quarterback position a little shy of a year from now.

Ultimately, neither undrafted free agent running back made the final roster. That in large part due to neither doing enough to warrant a spot. Whether you were Team Higdon or Team Crockett, it was an underwhelming preseason for both parties. However, Higdon’s special teams ability proved enough to secure a practice squad spot. He’s virtually another Taiwan Jones, just about ten years younger.

Flashing as a punt returner, that could be the main contributor to Mitchell’s spot on the practice squad. He’s the most expendable player of the ten guys. It was a blow to lose Tyron Johnson to Buffalo. Regardless, at least Mitchell has a trump card which makes him deployable in case of injury.

I was shocked to see Vyncint Smith left off the final 53 man roster. The underdog out of Limestone is a great story. He was a standout on special teams last season and impressed this preseason as well. Smith is just an injury away from a call-up back to the 53 man squad. With the likes of Will Fuller and Keke Coutee on the roster, that could be sooner rather than later.

It was apparent throughout the preseason that the Texans had high regards for Rick Leonard. He was usually running with the twos and ended up playing the entire preseason finale. Leonard had some high points in the preseason. In Week 2 he delivered a couple of punishing, pancake blocks in the run game. Overall he was assertively protecting the pass. However, his lack of speed around the arch proved costly at times. Regardless, Leonard is a good, developmental tackle to have on the practice squad, especially for this team.

The two-time National Champion joined the Texans as one of their high profile, UDFA signings. Huggins was given $40,000 in guaranteed money upon signing with the team. Thus, you thought at least a practice squad spot was given. Even then, Huggins backed it up with his play in the preseason. That despite his abysmal athletic profile. Huggins had his number called multiple times in each game as he established himself as a stout run defender. He’s just a couple of pegs below fellow Clemson nose tackle, D.J. Reader.

Wyatt Ray is one of two practice squad players to not be apart of the Texans organization over the summer as he claimed the last spot. I actually mocked Ray to the Texans back this spring. I have a feeling they would’ve preferred to give this spot to Jamal Davis. The UDFA out of Akron impressed in the preseason. He was waived, however, and the rival Indianapolis Colts were quick to snatch him up. Ray doesn’t have the same ceiling as Davis and I doubt he has an extended stay in Houston.

It was a numbers game for the Texans at linebacker. Tyrell Adams surely earned a roster spot with his play in the preseason. However, he couldn’t quite beat out last year’s sixth-round pick in Peter Kalambayi, who also had a strong preseason. Linebacker depth is one of the strong points of this team, and that leaks into the practice squad as well. As injuries have been a mainstay of Week 1 NFL play, a team could be targeting Adams if they need to fill a hole.

Most undrafted free agents fly under the radar, but that is especially the case for Austin Exford. Coming out of Appalachian State, Exford didn’t have the production or athletic profile of an NFL player. Still, here we are. Exford flashed in the first couple of preseason games and emerged as a darkhorse to break the practice squad. Even after descending performances in games three and four, the highs were enough. While I think he’s best suited in the box, the Texans experimented with him as the high safety. If he continues to develop, he’ll bring versatility and a nose for the ball.

Like Higdon and Huggins, Chris Johnson was a UDFA who I projected with the best chance to make the 53 man roster. He’ll settle for the practice squad, though. Johnson is an uber-athletic safety with good size. He reminds me of Dylan Cole in a sense. An unheralded prospect from a small school who posted insane workout numbers. We’ve seen the impact Cole has had. Hopefully, Johnson can instill that type of impact to the safety group at some point.

In this article:Featured, featured, Vyncint Smith