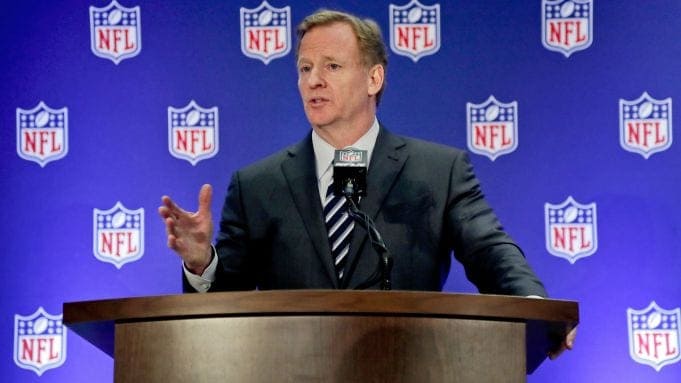 On this week’s Handle Your Business, NFL Commissioner Roger Goodell previous indicated that he would leave the job after his current contract ends in 2024. But rumors are emerging that Goodell might change his mind and stay on beyond 2024.
Also, some discussion on the first player suspended for gambling for over two decades — a contract extension for Jack Doyle and some exciting news regarding the Carolina Panthers and Cam Newton.

Goodell’s tenure as commissioner is a success so far, but could he jeopardize his legacy by staying in the job into a third decade? I will explore that plus the potential effect on the TV deals coming up and the current negotiations with the NFL Players Association for a new collective bargaining agreement?

Listen to the full podcast down below: