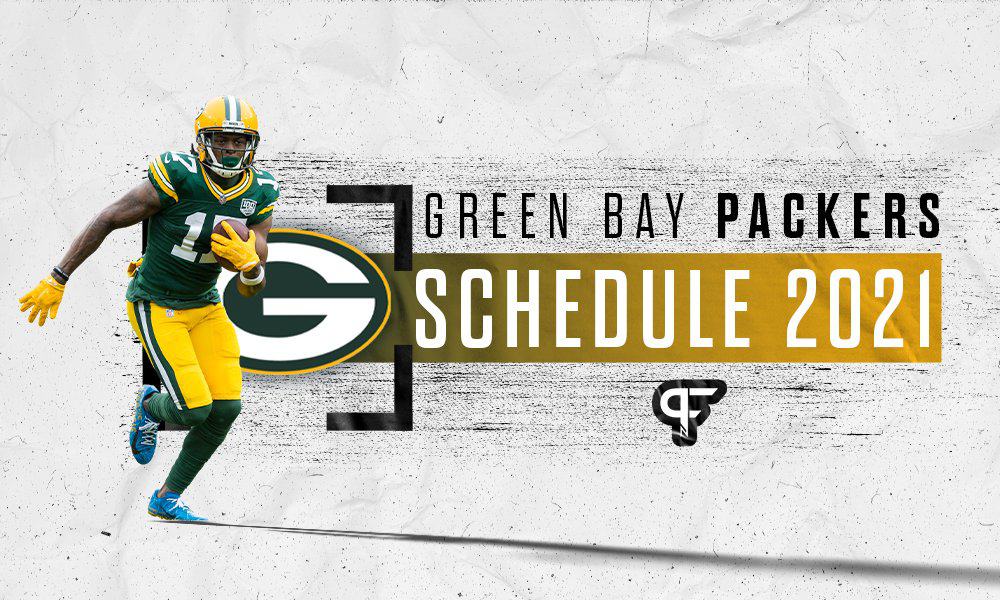 What is the Green Bay Packers’ 2021 NFL schedule, how many times will we see them in primetime games, and who are the toughest and easiest opponents on their schedule?

How many primetime games do the Packers play in 2021?

When is the Packers’ bye week?

Coming off the back of another, close but not quite season, in 2020, the Packers’ 2021 schedule offers Green Bay the hope of another strong season. The Packers’ schedule is tied for the 13th toughest with a fairly even split between home and road.

The Packers’ 2021 schedule contains four games against teams projected to win 10 or more games. Three of those games will come on the road against the San Francisco 49ers, Baltimore Ravens, and the “17th game” against the Kansas City Chiefs. Matchups against the two AFC Champion Game favorites in 2021, as well as the NFC’s Super Bowl participant just two years ago, makes this schedule look extremely tough.

The games against the two NFC West teams will bring mixed feelings for the Packers. Green Bay got a victory over the 49ers in 2020 after two crushing defeats the prior season. Games against the 49ers are always dubbed as an Aaron Rodgers’ revenge game after San Francisco selected Alex Smith over him in 2005. In terms of the Rams, the Packers defeated them in the playoffs last season, and have won six of the past seven meetings.

In terms of the easier part of the Packers’ 2021 schedule, they play a total of five games against teams projected to win seven games or fewer. Four of those come against the Detroit Lions and Chicago Bears within their division.

The Packers have really had it all their own way with the Bears in the past 10 years. Since 2012, Chicago has won just three games between the two. Whoever is under center for the Bears — Andy Dalton, Nick Foles, or Justin Fields — will have a tough task changing the recent history of struggles in this matchup for the Bears.

While things have been a little more even in the past four years when it comes to games between the Lions and Packers, Green Bay has won the last four meetings. The fifth game comes against the Cincinnati Bengals, who could be a strong team if Joe Burrow is back to his old self following his knee injury.

While the situation surrounding Rodgers remains uncertain, it is tough to judge how Green Bay’s season may play out. If Rodgers is on the field, then the Packers’ schedule in 2021 could mean they are in the race for the top seed in the NFC once again. However, if Rodgers is unavailable, things suddenly become a lot less certain.

It is tough to really predict how the Packers’ 2021 season will play out. They should be among the NFC’s elite once again with him, but without him, they will likely sit around the 7-9 win mark. The prediction below is based on the two sides working it out and Rodgers being on the field for Green Bay this season.