A breakdown of the 11 base offensive personnel packages to help you grow your football terminology Rolodex.

Outside of nontraditional formations, offenses deploy five non-eligible receivers (typically offensive linemen) and one quarterback. That leaves five eligible receivers left to be filled by a combination of runnings backs, tight ends, and wide receivers. So, the numerical system simply identifies which and how many of those positions are on the field.

The first digit signals the number of RBs, and the second is the number of TEs. Instead of having a third digit, the number of WRs is implied — subtract the total number of RBs and TEs from the five eligible receivers. For example, 11 personnel is 1 RB and 1 TE. So, 5 – (1 RB + 1 TE) = 3 WRs.

It is important to understand that there is a difference between personnel packages/groupings and formations/alignments. Packages refer to the positions on the field (RBs, TEs, and WRs), whereas formations designate where those positions are lined up (on the line of scrimmage, in the slot, or in the backfield).

00 personnel packages consist of zero running backs, zero tight ends, and five wide receivers. This package is most commonly used in obvious passing situations such as third-and-long. However, teams can use bubble/WR screens and QB-keeper plays as an extension of their run game. 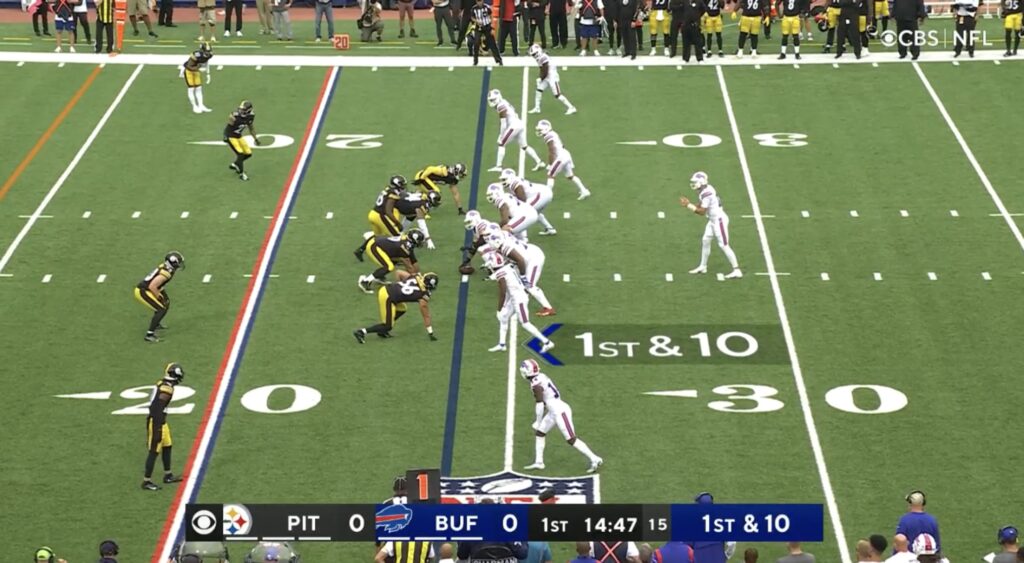 01 personnel packages are very similar to 00, except one of the five wide receivers is now a tight end. It is also a primarily passing package, but the TE can stay in to pass protect or chip a defender before beginning his route. Additionally, if the TE is more of a receiving threat, he can create mismatches by pressuring the seams or sticking closer to the line of scrimmage as a checkdown. 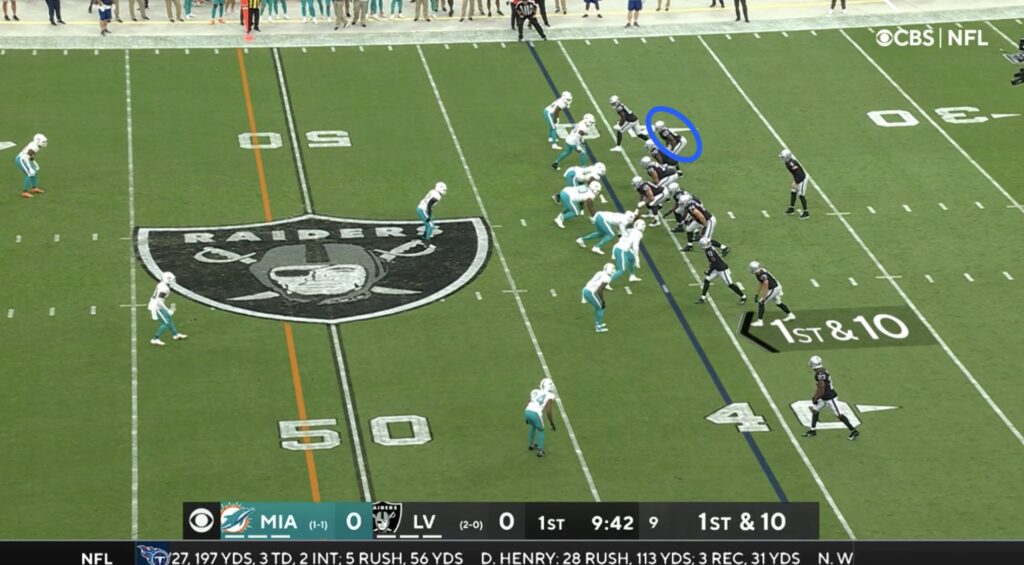 Much like the previous two personnel packages, 02 is mainly utilized in passing situations. The two tight ends on the field can help with pass protection in order to create time for longer developing routes on the outside. Furthermore, 02 can force defenses to stay in dime or nickel packages, offering a size advantage for the TEs.

10 personnel is common in the lower levels of football, but it is slowly gaining traction in the NFL. Having four wide receivers outside and one running back allows the offense to remain multiple in their approach. Defenses have to spread to match the offense, allowing lighter boxes for the RB to run against. The RB can also stay and pass protect for deeper passing concepts. 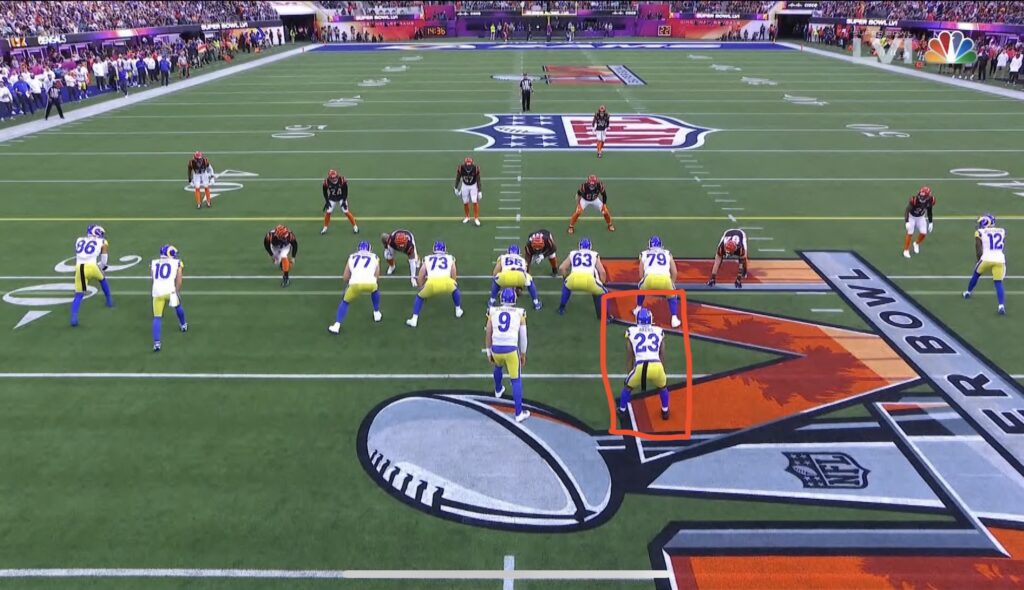 While 10 personnel is growing in prevalence, 11 personnel is already the most heavily-utilized package in the league. On passing plays, teams can decide to keep both the RB and TE in pass protection or send them on routes. In the ground game, they can run the ball to the strength of the TE or to the weak side. As a result, 11 personnel offers offenses immense flexibility in the playbook. 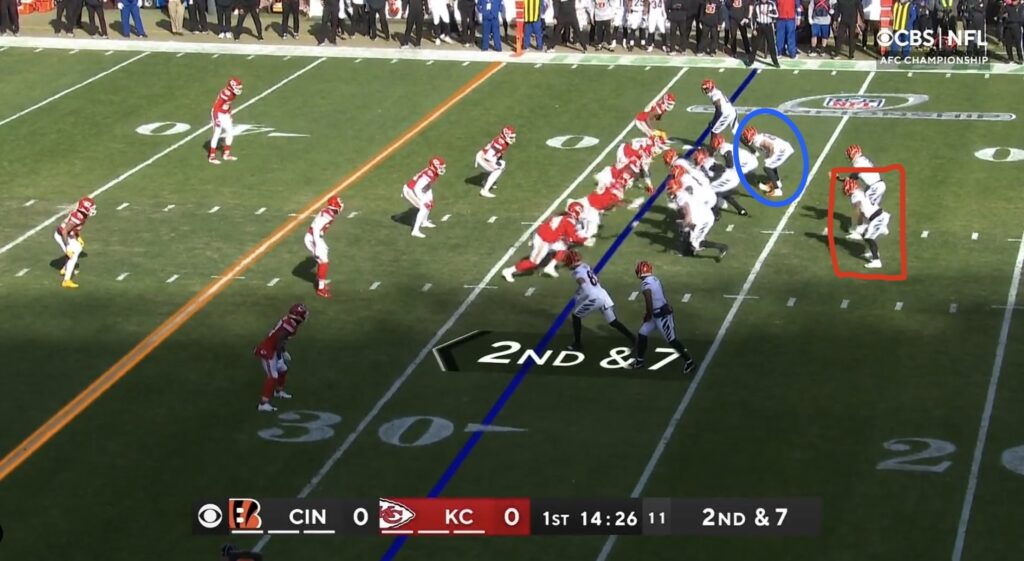 12 personnel is prominent with run-heavy franchises such as the Baltimore Ravens and Seattle Seahawks. With two extra inline blockers, they can run the ball to set up play-actions passes later in the game from the same look.

The New England Patriots popularized the package with their pairing of Rob Gronkowski and Aaron Hernandez in the early 2010s. Typically, one TE is more of a pass catcher while the other is a better run blocker. This creates mismatches for pass plays against base defenses and run plays against nickel/dime. 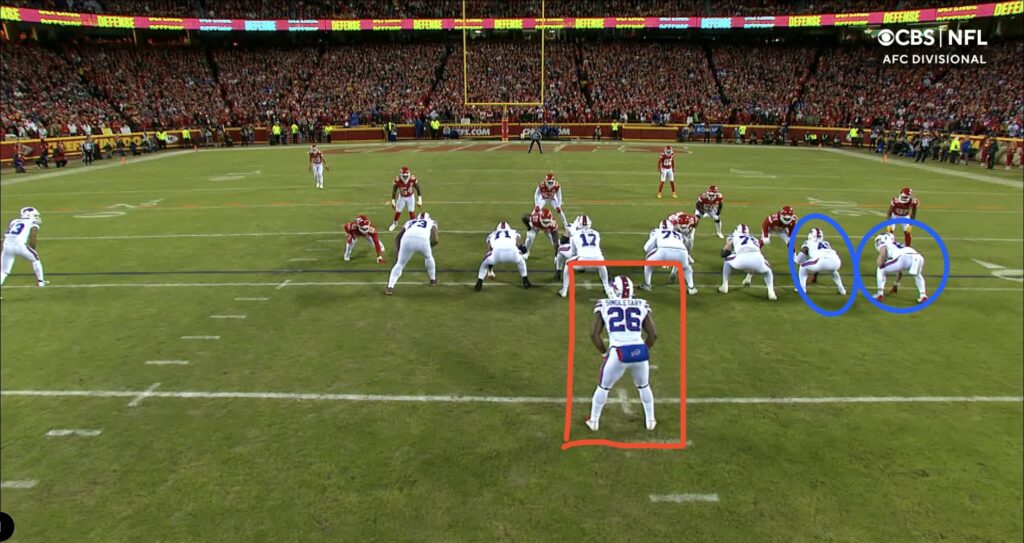 With one running back and three tight ends, this is about as close a team can get to telling the defense they are running the ball while still owning some semblance of a passing threat. 13 personnel is a run-first package that can involve stretch plays to either side, power calls off tackle, or motioning TEs as trappers on “wham” designs.

This package can also be used to force defenses into adding more players to the box. Teams can fake the run to one side while having the QB keep it the opposite way, or run a play-action concept. 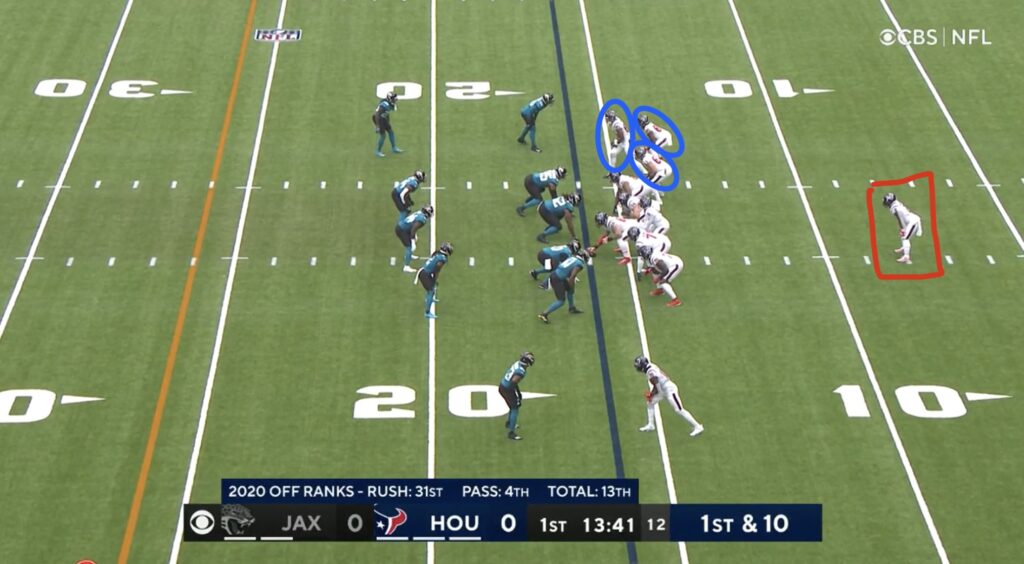 We don’t get to see 20 personnel in the NFL all that often. However, it is a flexible package. One of the most common looks is the “I” formation, with the quarterback under center and two running backs behind him. The other frequent alignment is from the shotgun, with the RBs flanking the QB on either side. Teams can send one RB as a decoy on a run play, hoping to have the defense initially follow him. Then, they can hand the ball to the second back.

Moreover, with the read-option growing in popularity, QBs can read key defenders to decide which RB to pitch/handoff to. In the passing game, RBs can do more than just pick up blitzes or serve as checkdown options. Wheel and angle routes can take advantage of man coverage against lumbering linebackers. 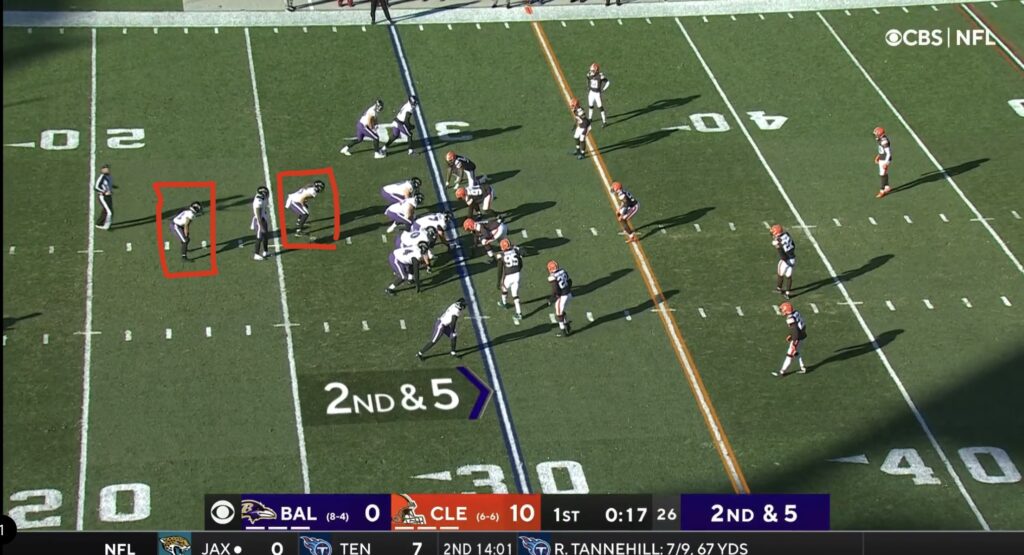 11 and 12 personnel are the most prevalent packages in the NFL, but 21 is a distant third. Because it allows teams to execute various run plays, play-action passes, and standard passing concepts, 21 personnel is one of the first installs in offensive playbooks. Having two backs and a tight end allows offenses to maintain a legitimate run threat without depleting their ability to throw the ball.

On the flip side, 22 personnel is almost always a run call. With two tight ends and two running backs, the threat of the pass is severely diminished. As a result, teams routinely deploy 22 personnel on the goal line or in short-yardage situations. Teams can run the ball to the strength of the formation or to the weak side with a lead blocker. Still, defenses have to account for the one receiver outside, so selling out on the run isn’t always the best idea. 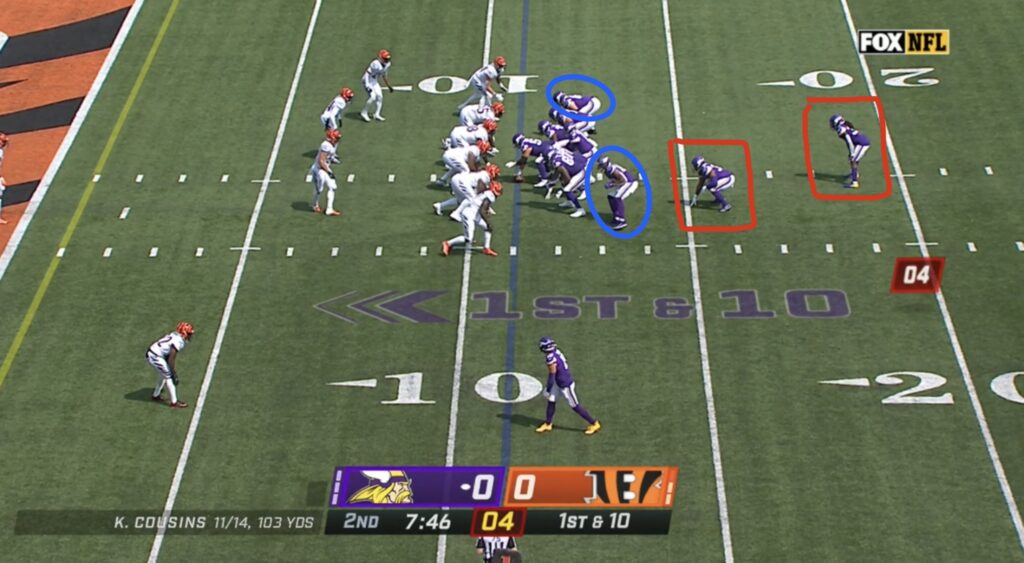 23 personnel is referred to as a “jumbo” set because it has three tight ends, two running backs, and zero wide receivers. With the extra big bodies up front, it is easy to see why teams generally run out of this formation. Another offensive lineman can even sub in as one of the TEs for maximum heft. 23 personnel is the opposite of 00, with an extremely low chance of a pass play being called. Although, it can be used in conjunction with a short-yardage play-action pass to catch the defense off guard. 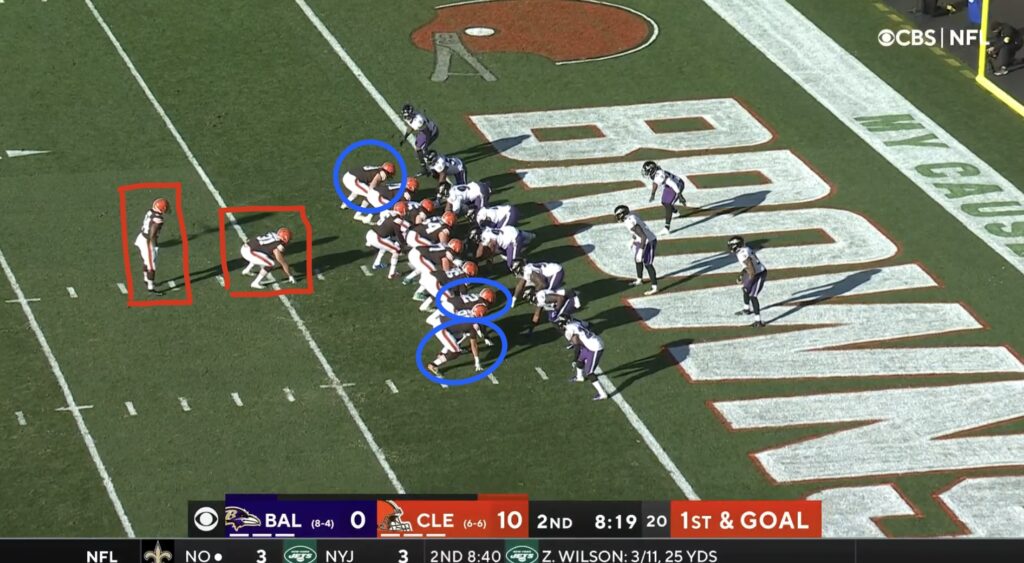 Other personnel packages to know

While we may not see these packages in the NFL all that often, fans of college and high school football may see them from time to time: