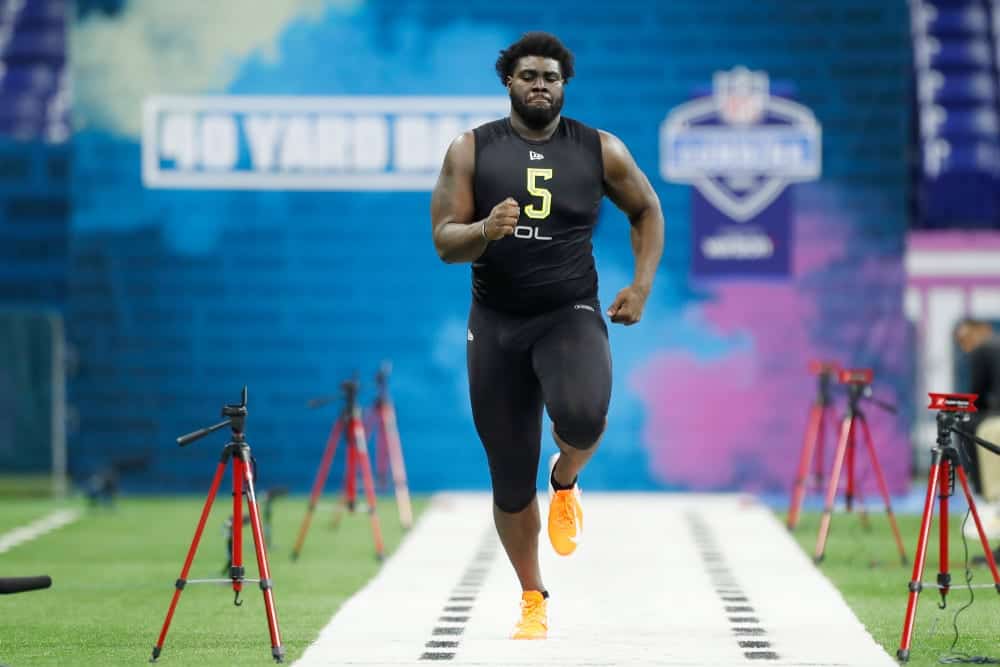 Is the Browns’ strategy going to be deja vu with Berry back in town?

The Browns are not the same team that they were when Sashi Brown led their football operations and many Cleveland fans are happy about that. One individual who worked for Brown is Andrew Berry, who is now Cleveland’s latest GM. Berry has been off and running since coming back to NE Ohio. He has been aggressive in free agency but the unknown surrounding the team is whether or not they will continue to act that way or fall back into the “Sashi days” and trade back early and often.

It is abundantly clear that Cleveland has a dire need at left tackle but who will be available and will they feel those players are worth their 10th pick? That can only be answered by Berry and company. There has been speculation that Cleveland would be willing to trade back but then again, which team wouldn’t for the right price?

Given the landscape of their roster, Cleveland is poised to try and add the missing link along the offensive line. The question becomes if Isaiah Simmons were to somehow drop, would they take him, or trade back to a QB-needy team if one of the top signal-callers were on the board? Speaking of which, if their top quarterback prospect was on the board, what if hypothetically Berry selected him knowing Baker Mayfield hasn’t been a consistent star? The city of Cleveland would go into chaos. If Mayfield were to struggle this season, the possibility becomes very real next year in the draft, which will be held in Cleveland.

Thinking about Berry’s philosophy, it would not be surprising to see him continue to be aggressive. Knowing that there are many players on the roster on one-year deals, Berry could continue to look to address a defensive need at 10 and then trade back up to grab a tackle. Berry is not Brown, and while speculation can be expressed that the analytical based front office is embracing that M.O., Berry is his own man. We may see Cleveland trade back a couple of spots early in the draft but that doesn’t mean they’ll have traded out of position to get their guy. Exactly how much of a similar approach Cleveland takes to when Brown was here will be evident early on.

So, is this something to be of concern about? No consensus can be given yet but it will be intriguing to see how the current front office aligns with the former. The biggest challenge for Berry is the scouting aspect as he has not done it all too long. However, he is arguably the brightest young executive in the league.

Prediction: No this is not deja vu and Cleveland will be happy now and for years to come with how Berry builds up the roster and maintains it going forward.

What to make of Jalen Hurts and his draft stock?

Jalen Hurts has an impressive resume and skillset, but both can only take him so far. His skills don’t allow him to be in a position where he can excel in every type of offense so as a result, he has a limited amount of locations where he could truly end up. The dual-threat signal-caller’s projections are all over the place. Given who Hurts will be competing with for the fifth quarterback selected, teams may want to get their guy sooner rather than picking from who is left. Realistically, we could see him go a little earlier than others may assume.

Teams such as the Green Bay Packers, Las Vegas Raiders, Los Angeles Chargers, and New Orleans Saints all have a roster and system in place that can help compliment Hurts and put him in a position to be the best he can be. Will either of those teams actually go and select Hurts though? Well, that remains to be seen as both the Raiders and Chargers will have their chance to draft one of the top-four signal-callers in the first round.

Had a normal pre-draft process been able to be conducted, we would have a better feel as to where (round-wise) Hurts, and plenty of other prospects should expect to hear their names. The talent is there but where Hurts ends up and if there is any value is anyone’s guess.

Prediction: Hurts ends up with the Packers in the second round via a trade up.