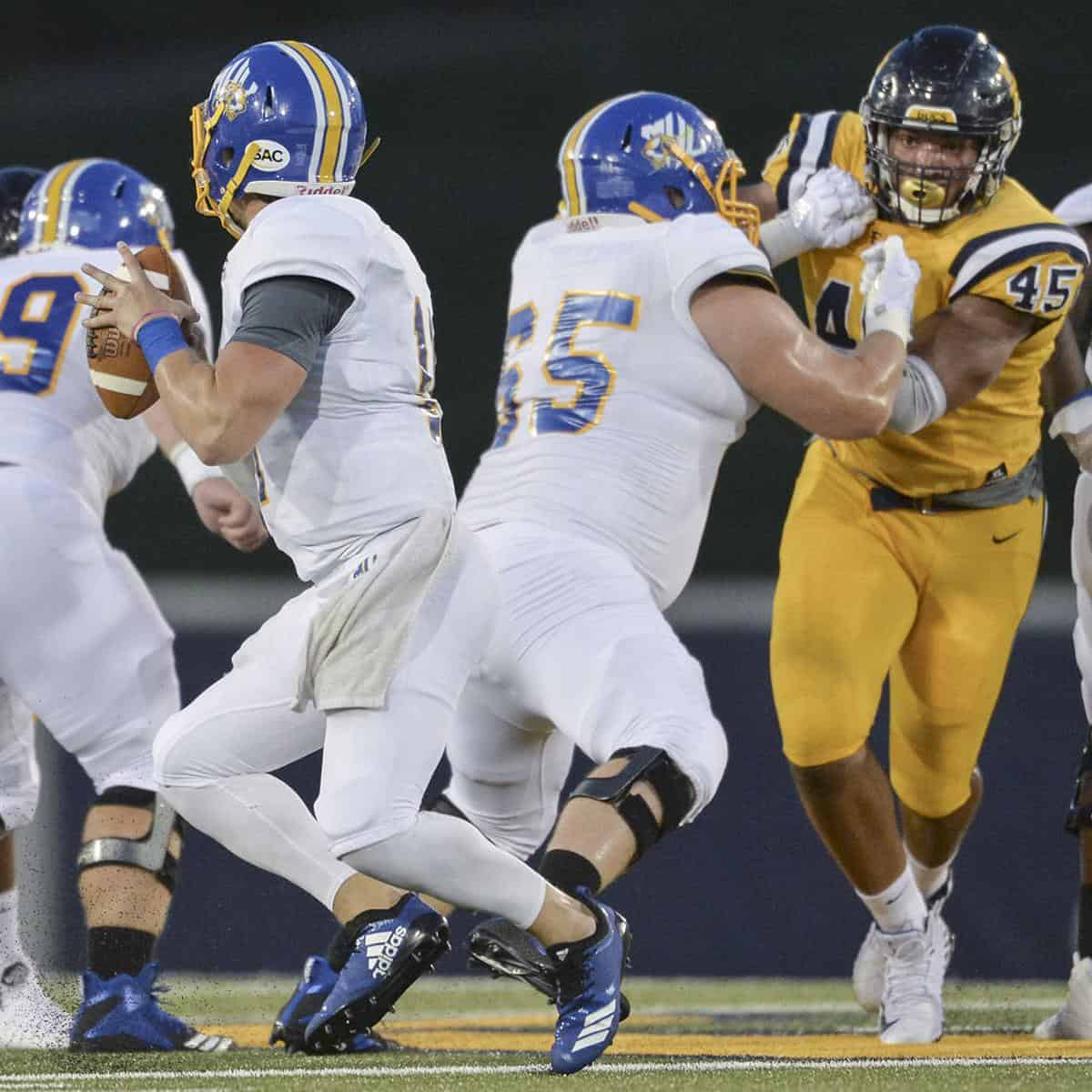 Oh yes, it is football season again. Week 0 gave us a preview of the year to come and it looks very promising aside from that fiasco in Florida (Hawaii had the best game of the weekend). The first week of the season is either for Power 5 teams to play the big marquee matchups, or to beat up on some Group of 5 or FCS teams. While the big matchups are what will draw most of the nation, there are some FCS teams that will refuse to be pushed around by the P5 teams. There will also be some important matchups between some top FCS schools as well. I encourage you to check out every ounce of football that comes across your eyes this season, because from Week 1 on, the countdown to the College Football Playoff and the Super Bowl begins.

Since I play football at a school very close to these schools (Tusculum University), these programs are always on my radar. East Tennessee State’s football program was on hiatus from 2004 to 2014, and in four short years after returning, they earned their first-ever share of the Southern Conference title. And while the Buccaneers have graduated some of the senior leaders that helped restart their program, they return one of the best defenses in the FCS in Week 1.

Tyree Robinson is a ballhawk at safety with six interceptions (one for a TD), nine pass breakups and 71 total tackles. Robinson plays all over the field for the Bucs and is the commander of that defense. If Robinson rules the skies, defensive end Nasir Player is the leader of the trenches. At 6’4, 265, Player is a force on the edge; he gave the Volunteers and potential top 75 offensive tackle Trey Smith fits last year. Player is a staunch edge defender that thrives in the run game and uses his power effectively in his pass rush, as evidenced by his six sacks, 11 QB hurries and 11 tackles for loss. Player could be on NFL scouts’ radar as a potential Day 3 selection as well.

The offense is more of a question with Coastal Carolina transfer Chance Thrasher recently named starter at quarterback. Thrasher will have a two-headed monster run game to lean back on with sophomore running backs Quay Holmes (928 rushing yards, 15 total TDs) and Jacob Saylors (615 rushing yards, 4 TDs).

This game probably won’t be an upset alert, but there are current and future draft prospects to watch for on both teams.

The Phoenix dies and rises again, and that’s what Elon will do with their new head coach Tony Trisciani. Former head coach Curt Cignetti helped bring the Phoenix to two straight playoff appearances and a win over 2016 FCS champion James Madison this past season. The Phoenix also had OT Oli Udoh, who turned out to be a 6th-round pick in this year’s NFL Draft for the Minnesota Vikings.

For the HBCU powerhouse, North Carolina A&T returns one of best FCS corners in the nation in Mac McCain III, who will be put to the test against Cole Taylor. I’m sure McCain is ready for the test since he has to go up against the Aggies own WR Elijah Bell every day. Bell has it all: size, speed, hands, and he puts defenders on a poster regularly.

Elon has been picked to be one of the top 15 teams with a chance to hoist the FCS trophy this year, but North Carolina A&T isn’t far behind them, if at all. This game will be one of the top FCS vs. FCS games going on in Week 1.

Now, this is my upset alert for Week 1. And it’s set up perfectly.

James Madison is loaded with Power 5 transfers and talent and depth at almost every position while they bring their new head coach, Curt Cignetti, from Elon. West Virginia is entering this season with new head coach Neal Brown from Troy, and most of their statistical leaders are gone. But the Mountaineers have almost their entire offensive line returning, and that is going to be pivotal against the Dukes.

The Mountaineers have hope with new head coach Neal Brown and most of his staff coming from Troy. WVU also has Oklahoma transfer Austin Kendall at QB, and if Kendall can create a connection with speedy redshirt freshman WR Sam James, the Mountaineers can get back to their classic, dynamic spread offense.

This game is going to be either a close game or a blowout from either team. James Madison had a chance to beat North Carolina State at the beginning of last season but could not do it. They have much more of an opportunity to knock off the Mountaineers this season.

P.S. The line has WVU as a 7-point favorite if you are feeling frivolous.