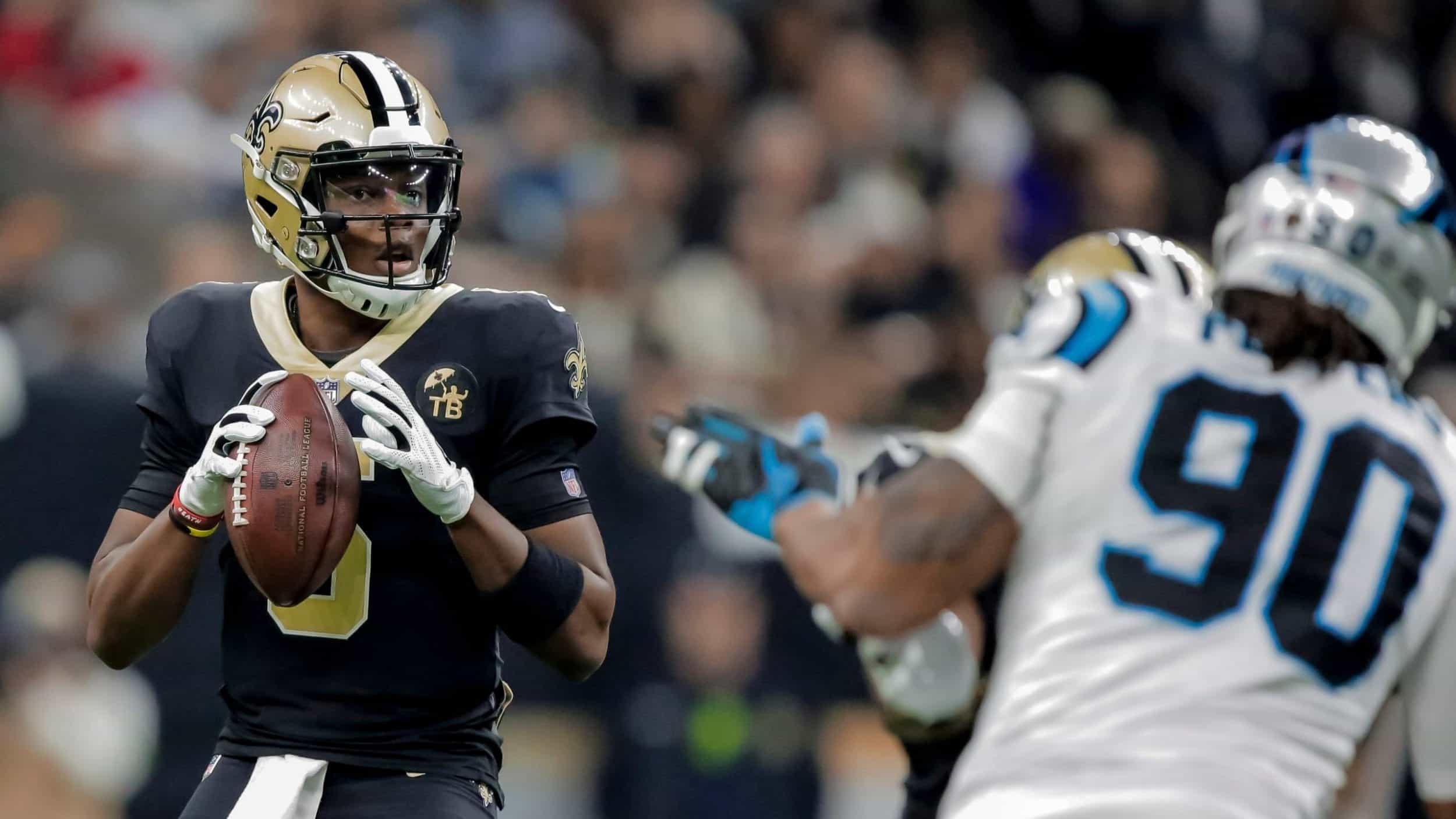 The Carolina Panthers have a new franchise quarterback. The signing of Teddy Bridgewater looks to have signaled the end of the Cam Newton era, and it’s likely to indicate a significant change to the Panthers’ offensive game plan moving forward. But just what is the fantasy impact of Bridgewater signing in Carolina?

While Newton may stick around in Carolina, he’s been given permission to seek a trade and should find a suitor in his quest to remain a starting quarterback.

After nine seasons of Ron Rivera, the Panthers look to be prioritizing offense with new head coach Matt Rhule, who previously oversaw college football turnarounds for both Temple and Baylor. Rhule quickly worked to bring in one of the hottest names in college football to revitalize the franchise. New offensive coordinator Joe Brady, the man credited as a major part of the dramatic improvement that saw Joe Burrow take home the Heisman Trophy last season in record-breaking fashion, will be hoping to have a similar effect on his new team.

There has been little in Bridgewater’s career with the Minnesota Vikings or New Orleans Saints to suggest that he’s going to become an appealing fantasy option. It’s not that he’s a bad player at all. He’s just one of the many players who is a better option in real life than fantasy. Throughout his career, he’s yet to average higher than 14 fantasy points per game, making him little more than a bye week fill-in. That said, his contract makes it pretty clear that the Panthers view him as their starter for at least the next two seasons, giving enough stability that you can be confident in deeper dynasty leagues.

When Drew Brees was injured last season, the New Orleans Saints turned to Bridgewater, and he kept things ticking, but it was clear that his role was more of a game manager, completing short passes to Michael Thomas to move the chains. The Panthers will hope that he can keep the offense on track but also make use of established playmakers like Christian McCaffrey, D.J. Moore, and Curtis Samuel. Any chemistry that he can develop with young tight end Ian Thomas, the heir apparent to Greg Olsen’s throne, will be a bonus.

It’s no secret that Newton was one of the best short-yardage and goal-line runners that the league has ever seen during his time as the starter. His touchdown production slowed in recent years, but he never rushed for fewer than four touchdowns in a season (excluding 2019, when he was limited to two games). Cam had 58 rushing touchdowns in 124 starts, which averages out at 0.47 per game. Teddy, on the other hand, has four in 34 starts, which averages out at 0.12 per game, and none since being sidelined by his gruesome knee injury.

Expecting McCaffrey to improve on the 15 rushing touchdowns that he had last season is optimistic, but when the ball is in the red zone, it will at least be a safe bet that CMC will hear his number called.

In the passing game, Bridgewater is comfortable throwing check downs, frequently targeting Adrian Peterson, Jerick McKinnon, and Matt Asiata during his time with the Minnesota Vikings. While filling in for Drew Brees last season, he relied similarly on Alvin Kamara. McCaffrey has 223 receptions in the previous two seasons, and there’s little reason to think that he won’t be heavily involved again.

Moore took the step that many believed him capable of last year, with 87 receptions for 1,175 yards in a breakout season. The problems with finding the end zone re-appeared for a second season, unfortunately, with just four touchdowns after only two as a rookie.

Moore received 12 targets in the red zone last season, catching six of them, but was clearly behind Samuel, Olsen, and McCaffrey once the team was inside the 10-yard line and was targeted only twice. Despite Kyle Allen’s shortcomings, he had ten touchdowns on 32 passing attempts within that range. While Bridgewater had five touchdowns on 11 attempts, expecting dramatically improved productivity from the Panthers passing offense is optimistic.

The hope for Moore will be that Bridgewater continues to focus on passing efficiency and getting the ball in the hands of his playmakers, as he has done for much of his career. That’s where Moore will find success, even if his yards after catch per reception dropped from 7.7 in 2018 to 4.4 last season.

The Curtis Samuel hype train, unfortunately, had the breaks slammed on last season. It certainly wasn’t a bad year, with increases in targets, receptions, receiving yards and touchdowns for the third consecutive season. Those thinking that Samuel might become the top option in the Panthers passing game were left disappointed though, as he finished the fantasy season as the WR31 in standard scoring.

Samuel’s catch percentage fell from 60% in 2018 to 51.4% in 2019. That said, Bridgewater’s completion percentage for his career is 65.2%, while Allen’s is 62.1%. Samuel will hope that this slight accuracy uptick will benefit him and that the Panthers will look to find their wide receivers more often in the future. If Bridgewater can sustain two top receivers, then his fantasy impact in Carolina could be a big one.