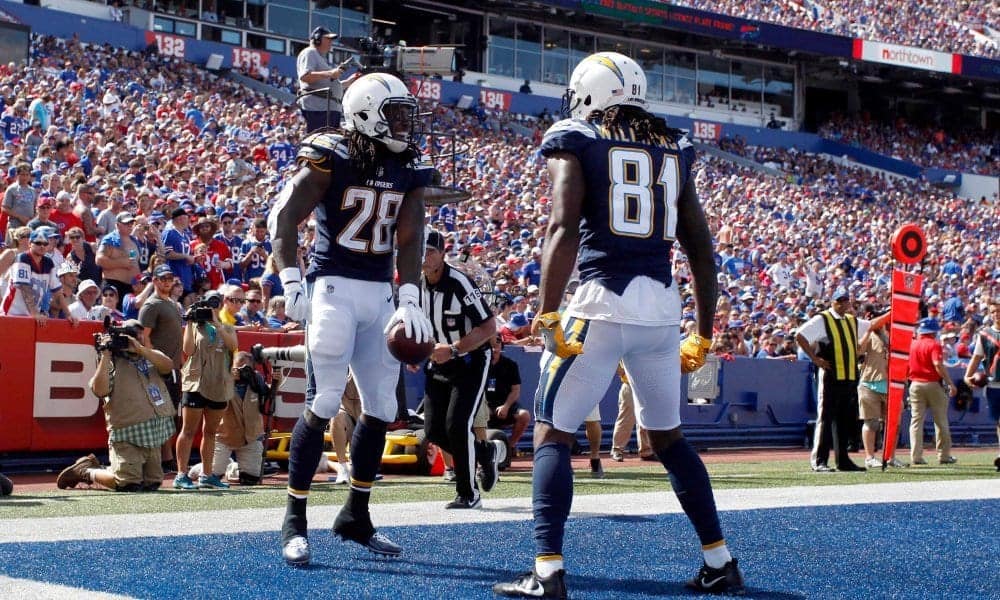 Fantasy Football preseason is in full swing and here at Pro Football Network, we want to keep you ahead of the competition. I have put together a quick tip sheet to help you this weekend. There is a ton of great information out there and sometimes it is hard to digest it all. Let’s go through some simple tips that you need to follow to have a successful fantasy football draft in 2019.

This may sound extremely basic, but every year there is someone that realizes halfway through their draft that they should have paid attention to the league settings. As a commissioner, your job is to make sure all league settings are clearly communicated to the league. But, it is your responsibility as a team manager to make sure you are aware of all of the settings and all of the scoring. There are a lot of scoring or roster variations that would change your draft such as Superflex, tight end premium, scoring bonuses, etc.

Anyone that does mock drafting prior to their drafts will be able to tell you the importance of practicing. You should practice drafting from the position you are picking from in your draft as well as with the same settings. There are a lot of great sites that allow you to do this for free. We here at the Pro Football Network prefer to use Sleeper. You can mock against real people or against the system itself.

This allows you to try different strategies and allows you to get a feel for where the players you like are going beyond just looking at their average draft position (ADP). There are a lot of things you can learn.

Even if you do mock drafts, you still can’t pre-determine your draft strategy. Sometimes drafters will say they are going to start with an RB or WR and go the opposite the next round. Unless you are picking at 1.01, this is a bad strategy.

Let’s say you get to your pick at nine and see one running back left that you like and four wide receivers that you like in the first round. The smart thing to do would be to take that RB knowing that he won’t be making it back to you, and most likely, at least one of those wide receivers will and vice versa. It’s possible you prefer to take a quarterback late, but then Patrick Mahomes drops to the fourth round or Aaron Rodgers is available in the eighth. Personally, I am a late quarterback guy, but I would select either of those quarterbacks at those values.

Use Tiers not Needs

We recently put out a breakdown of what positions have a history of success year one in fantasy football. Please see that article for a more in-depth breakdown. Here are the cliff notes, do not draft rookies that are not running backs.

Historically, rookie tight ends are irrelevant in fantasy football and should be avoided.  In addition, rookie wide receivers have historically struggled. Even with 10 touchdowns, Calvin Ridley struggled to be fantasy relevant last year because of his inconsistencies. Only four rookie wide receivers have finished in the top 12 in over a decade. Most of the time, these players struggle to get going and end up cut from your fantasy team within the first month.

Rookie quarterbacks typically struggle unless they have been able to have high rushing totals. Kyler Murray should have fantasy relevance in 2019, but I would not recommend any others.

Hopefully, your leagues do not have kickers, but if they do, you shouldn’t draft them early.  If your league allows you to not draft a kicker, do not. Stash someone on your bench and make a cut before gameday for your kicker.

If you do have to draft a kicker, do it with your last pick and do not give up a pick in the top 12 rounds on a kicker or a defense. Currently, the Chicago Bears defense is being drafted on average in the eighth round. This is way too high and you are passing on top 10 quarterbacks and much-needed depth at the skill position to do this. This is a terrible strategy and you shouldn’t draft any defense that early.

Le’Veon Bell owners from 2018 will let you know how badly this can hurt you. When you have two players that are both top five at their position, you should go with the much safer option. In the first two rounds of your draft you may want to go for the home run, just make sure you do not strikeout. A lot of games and championships can be won by hitting doubles. Last year, David Johnson had a poor year in regards to where he was drafted, but he was still much better than Bell.

Right now, if you take Melvin Gordon or Ezekiel Elliott in the first round, it will not only cost you a first-round pick that could potentially miss multiple games, but you are going to have to reach on their back up later in the draft to protect your risk. Protect yourself from risk and let someone else deal with it.

Running backs drafted in the first two rounds are more likely to be injured than the wide receivers drafted there. This does not mean to avoid running backs, but I would recommend that you handcuff your top RB. Having James Conner could have helped last year if you owned Bell. Drafting Austin Ekeler would have been very helpful for the Gordon owners last year when he missed time. You shouldn’t handcuff all of your running backs, but it is smart to have insurance on your most valuable asset.

The RB and WR positions do not offer enough depth at the position to find starters this late and you need to use those early picks for those positions. Also, when you are looking at two players that you like the same or are in the same tier, always take the cheaper option.  Do not always go with the ADP or the rankings.

Be prepared for tough decisions

It’s important to know how you are going to handle some of these holdouts or injured players when they fall to you as well as where you feel comfortable drafting them. You may not want anything to do with Gordon in the first or second round, but in the fifth are you willing to do it?  Same goes for A.J. Green, what is your price? I would much rather know that before the draft than after.

Cleveland Browns RB Kareem Hunt is going in the eighth round of fantasy football drafts right now. He is suspended for eight games and the team has a bye week in Week 9. So he will not be on the field until Week 10. Assuming Nick Chubb is still healthy at this time, Hunt is now just a backup. Unless your format allows you to place suspended players on your injured reserve, avoid Hunt. He will just clog your roster and you will think about cutting him every week on waiver day.

Having awareness during the fantasy football draft is extremely important and can make a big difference. Knowing that the two teams behind you need an RB, for example, or already drafted a QB, will help you avoid missing out on players you want. By this measure, let’s say, for example, you are in the 10th position and the 11th and 12th teams already drafted a QB. That means you can bypass QB in favor of the RB, and then after the turn, your quarterback will still be there.

Also, be aware of breaking news and a great way to do that is installing the Sleeper app on your phone. News breaks all of the time and you do not want to finish your draft to find out that one of your players was suspended or injured. Last weekend we all learned this first hand as Andrew Luck shocked the world.  Anything can happen and you want to be the first person in your draft to know.

Swing for the fences in the late rounds

You should swing for the fences in the later rounds of your drafts. Stashing high upside players and breakout candidates could help you win your league. Mahomes was a late-round quarterback and a late-round stash last year. Conner as well. These types of players with huge upside will make a world of difference.

You are much better off going for a guy with massive breakout potential than a safe guy like a Mohamed Sanu. Give me a breakout guy like a Justice Hill or a James Washington.  Most of the players at the bottom of your bench do not make the final roster, take your chances on the guy with the highest potential.

I hope these tips were helpful, and good luck in all of your drafts.