PRO FOOTBALL NETWORKThe NFL is fast. PFN is faster.
More
Facebook
Twitter
ReddIt
Linkedin
Email
What's in this article? Click to show
Top landing spots for Earl Thomas
Who are the other contenders for Earl Thomas?
Is it Dallas or bust for Thomas?

Everyone knows the story of Earl Thomas and the Baltimore Ravens. Once the hit heard around the world on Chuck Clark went viral, the 14-2 top defense cut ties with one the league’s top safeties, ending a wacky offseason. As the 2020 season rapidly approaches, the big question remains – Where does Thomas best fit in? With many people linking him to the Cowboys, is it realistic to think he can land in Dallas?

Thomas, 31, could be viewed as a long-term option or rental player depending on a roster’s need. His agent, David Mulugheta, is known for getting safeties enormous contracts – most recently Budda Baker down in Arizona. But for Thomas, a down year in coverage could be the start of a decline, making teams question his status beyond the 2020 season.

Still, when looking at the seven-time Pro Bowler and former commander of the Legion of Boom, Thomas adds value to any defense. And if he returns to his natural free safety role, perhaps that only boosts his stats with a different franchise. Several teams will need a game-changing defender in the secondary if they want to keep their contender status well past this year’s midway point.

The Cowboys become an option…again

Low and behold, the Dallas Cowboys’ connection is alive and well once more. In the coming days, the Cowboys will be looking to trim their roster from 80 to 53. But already, they’ve made a move that raised quite a few eyebrows – releasing former Packers and Bears safety Ha-Ha Clinton-Dix.

Clinton-Dix signed a one-year, $3.75 million deal this offseason to make his presence known in coverage at “The Star” in Frisco. Rejoining former head coach Mike McCarthy, the fit seemed logical at the time of the signing, especially after a bounce-back season in Green Bay. Instead, Clinton-Dix never found consistency in camp, allowing big-time plays in coverage with the second-team defense.

“He’s a class act all the way,” Cowboys executive vice president Stephen Jones said Thursday evening on Dallas’ 105.3 The Fan. “Just unfortunate that it didn’t work out. As I say, we’re always in the market 365 days a year to improve this football team and that’s what we’ll continue to do.”

Dallas is left with Xavier Woods and Darian Thompson as their likely starting safeties entering Week 1 against the Los Angeles Rams. But neither is a sure bet. Woods has been hampered by a groin injury for quite some time in training camp while Thompson hasn’t found his footing since entering the league in 2016. Dallas also could consider rotating cornerback Daryl Worley, who started 15 games for the Raiders last season, in and out of coverage.

Thomas and the Cowboys have played a “will they, won’t they” role more than Ross and Rachel from “Friends.” Since his release, the video of the then-Seahawk telling former head coach Jason Garrett to “come get him” has been at the forefront of social media.

Multiple reports, including NFL Network’s Jane Slater, have stated the Cowboys’ release of Clinton-Dix will not impact the potential merger of Thomas and Dallas. However, PFN Insider Benjamin Allbright’s sources believe the three-time All-Pro safety is Jerry Jones’ to lose as the season approaches.

Should Earl Thomas and the Cowboys make a deal?

Thomas’ resilience to wait for the Cowboys’ phone call is impressive. The big question will be if he’s willing to take the pay cut to join a contender. As it stands now, Dallas has roughly $14.97 million in cap space to offer Thomas a deal. Should the cap remain where it is now, the cap would expand to $34.44 million entering free agency in 2021.

The only concern about paying Thomas long-term would be quarterback Dak Prescott. The franchise quarterback will play the 2020 season on the franchise tag and earn $34.1 million. If Dallas were to tag him again in 2021 – similar to Kirk Cousins with Washington – that price would expand to $37.7 million, even if the NFL’s salary cap declines due to decreasing revenues.

If Thomas and the Cowboys agree to a deal, he likely won’t be a rental option. The team will need a veteran in the secondary as Chidobe Awuzie, Jourdan Lewis, and Worley are expected to hit free agency. For the team to extend both players, they’d also likely have to restructure deals with the veterans such as Tyron Smith, Zack Martin, and DeMarcus Lawrence.

Who are the other contenders for Earl Thomas?

Dallas will be the head honcho’s in the race for No. 29, but four other franchises all could use help at the safety position. In the AFC, the Houston Texans, Indianapolis Colts, and Cleveland Browns could be long-term landing spots for Thomas. On the other side, the San Francisco 49ers could use him in a rental option as they look to shake off their Super Bowl loss to the Kansas City Chiefs.

Of that group of teams not named the Cowboys, the Texans and 49ers make the most sense as early contenders for Thomas. He grew up in Orange, TX, only 110 miles from NRG Stadium. The Texans could also use a competent defender in the back end of their defense to pair with rising superstar Justin Reid in Anthony Weaver’s coverage. As for the 49ers, a reunion with Richard Sherman, plus a three-headed dime formation of Jimmie Ward, Jaquiski Tartt, and Thomas would be fearful in the Bay.

But keep a close eye on both the Browns and Indianapolis Colts as long or short deals. The Browns will be without their coveted free safety, Grant Delpit, and recently traded for Jaguars strong safety Ronnie Harrison. This would allow Thomas to earn a “prove it” deal in 2020 while playing for a contender.

The Colts could also use help in the back of their secondary as Malik Hooker’s injuries have put a damper in their single-high coverage. The Colts also could offer the most money following the 2020 season.

Is it Dallas or bust for Thomas?

Thomas’ value to a defense won’t be ignored for long. Will he be signed before Thursday’s season opener in Kansas City? Perhaps, perhaps not. No matter the case, anyone who is a contender for the Super Bowl this season will at least look at Thomas on the surface.

So, why would Thomas and the Cowboys make sense? Dallas needs help in the secondary. They also have been tied to Thomas long before the Ravens inked him to a four-year, $55 million deal in 2019. A perfect fit in the culture plus the value of the position could make Jones and the Cowboys front-runners. After that, it would remain to be seen whether he slides into the new culture set by McCarthy or becomes Public Enemy No.1 once more.

Jones understands the value of star players. More importantly, if Jerry wants something, he’s going to make sure it’s his for the taking. 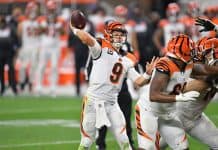 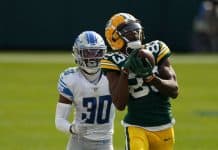 Could Marquez Valdes-Scantling be a fantasy starter in Week 3? 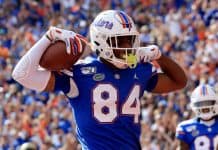