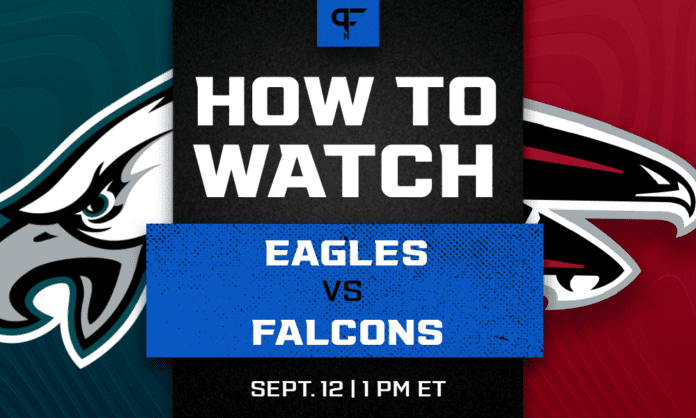 Eagles vs. Falcons prediction, how to watch, odds, and game preview for Week 1

What channel has the Eagles vs. Falcons game, where can you live stream it, and what are the latest odds and predictions for the game?

The Philadelphia Eagles vs. Atlanta Falcons kick off in the early slate of games on Sunday. Here’s what you can expect, what TV channel and live streams you can watch it on, and the NFL odds and predictions for the Week 1 contest.

We can throw old matchups out the window. The Eagles have retooled since their Super Bowl win in 2018. Second-year quarterback Jalen Hurts is officially the man in charge to lead the Philadelphia offense after the Eagles traded away Carsen Wentz this offseason. Fans will be excited to get their first real look at the Hurts connection with rookie wide receiver DeVonta Smith.

Likewise, Falcons fans will be glued to seeing what rookie tight end Kyle Pitts does with Matt Ryan throwing him the ball. Much like years past, Atlanta’s offense, which averaged 24.8 points per game in 2020, should score points in 2021 with Pitts and Calvin Ridley out wide.

The story for both teams will be whether or not either team’s defense has improved from last year; the Eagles gave up 26.1 ppg while the Falcons gave up 25.9. A matchup to watch will be how Ryan distributes the ball to Pitts and Ridley and how Philadelphia’s secondary executes.

How to watch Eagles vs. Falcons

Odds for Eagles vs. Falcons

All odds provided via DraftKings Sportsbook

This should be an offensive shootout. The total is high at almost 48 points, but both of these offenses should be impressive this year and both defenses have huge questions. It is tough to say which team will walk away victorious, but the over should come in easily.

I give a slight edge to the Falcons in this one simply because they are at home. Matt Ryan, Kyle Pitts, and Calvin Ridley should feast against an Eagles secondary that is not very good.