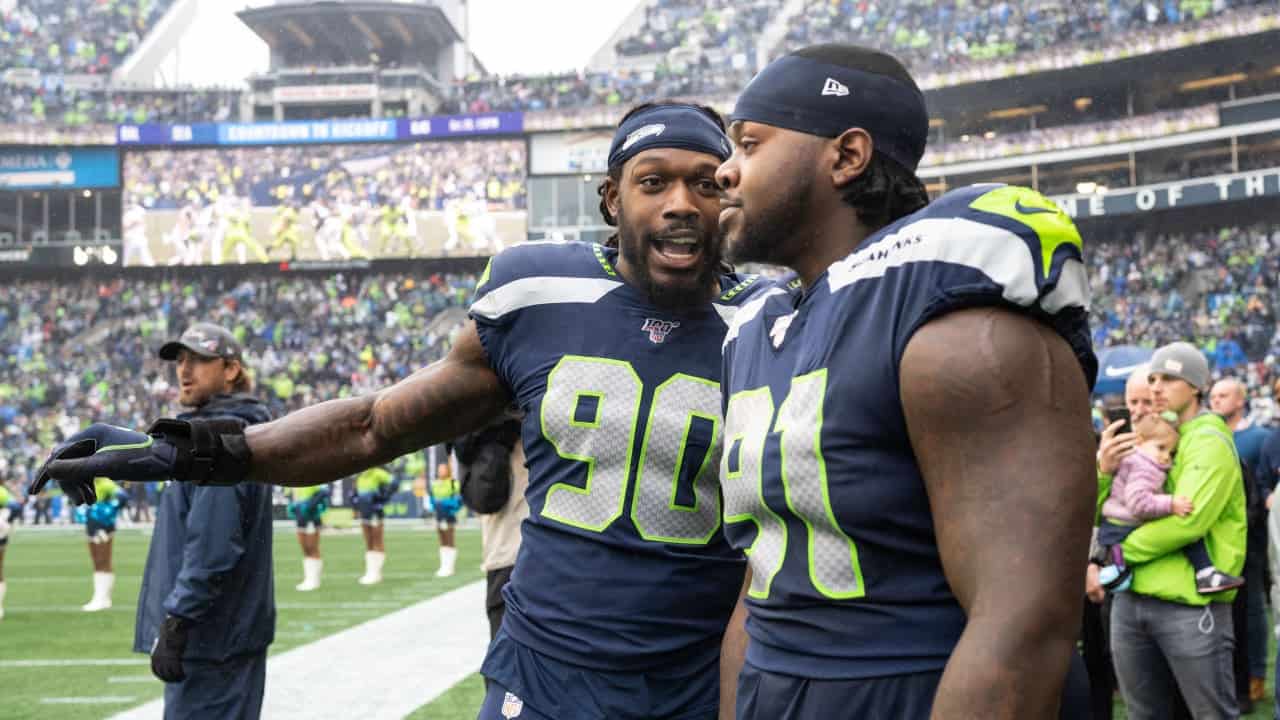 With the 2020 season quickly approaching, Jadeveon Clowney remains unsigned. There is interest from several parties, but the Tennessee Titans in particular appear to be a good fit for the South Carolina product. Clowney could help add some teeth to a defense that hasn’t produced a double-digit sack artist under head coach Mike Vrabel. What can Clowney bring to the Titans schematically and do the potential rewards outweigh the risks?

Whether its a 3-4 defense or a 4-3 defense, Clowney had performed for his team when not limited by injuries. He’s a beast off the edge and wreaks havoc in the run game just as much as the passing game. Clowney has seen action in 75 games in his career, registering 32 sacks, 71 tackles for loss, and 80 QB hits. Clowney’s most recent stint with the Seahawks didn’t go according to plan, but that doesn’t mean he can’t still be an effective player.

Head coach Mike Vrabel didn’t name a defensive coordinator after the retirement of Dean Pees in January, and it is assumed Vrabel will make the play calls for the defense in 2020. Adding a player like Clowney will give Vrabel a versatile piece that he can manipulate and utilize intelligently on an already solid front seven for the Titans.

How does Clowney fit with current personnel?

With Harold Landry’s emergence last year, the Titans wanted to add a piece opposite of Landry to complement him. That player was Vic Beasley. After a big year in 2016, Beasley struggled in 2017 and 2018. In 2019, he finally regained some form, tallying eight sacks and landing himself a contract with the Titans. Still, Beasley failed to show up at the beginning of camp for his physical, not reporting until August 7th, setting his time with the Titans off on a bad footing.

Adding someone like Clowney, even this close to the season, would be a huge addition for the Titans. Jeffery Simmons is due to see the first full season of action in his NFL career, Landry is coming off a career year, and both Jayon Brown and Rashaan Evans make a nasty combination as inside linebackers. If the Titans are able to add Clowney, they can play him at DE or OLB and use Beasley in a rotational pass-rush role. The Titans finished the season 11th in the league on defense, allowing 20.6 points per game. Imagine what adding a piece like Clowney could do for a team that was knocking on the door of the Super Bowl last season.

Does Clowney fit with the culture in Tennessee?

This seems to be the only question that puts a move for Clowney in doubt. Vrabel gives the impression that he runs a no-nonsense type of team, much like his former coach Bill Belichick. With that in mind, does Clowney fit with the Titans?

Coming out of the draft, there were character concerns from many NFL scouts. Even now, Clowney has still had some concerns around his work ethic. When he is on the field, Clowney does seem to play hard. However, away from the bright lights, it appears Clowney lacks motivation from time to time.

The other concern for Clowney has been injuries. Since he was drafted in 2014, he has missed at least two games in all but two seasons. The only year he started every game was 2017. Not coincidentally, 2017 was his best year in terms of both sacks and tackles for loss as well as tieing for his best in terms of QB hits.

The question for the Titans is whether the talent is worth the risk of bringing in a player that has question marks around health and work ethic.