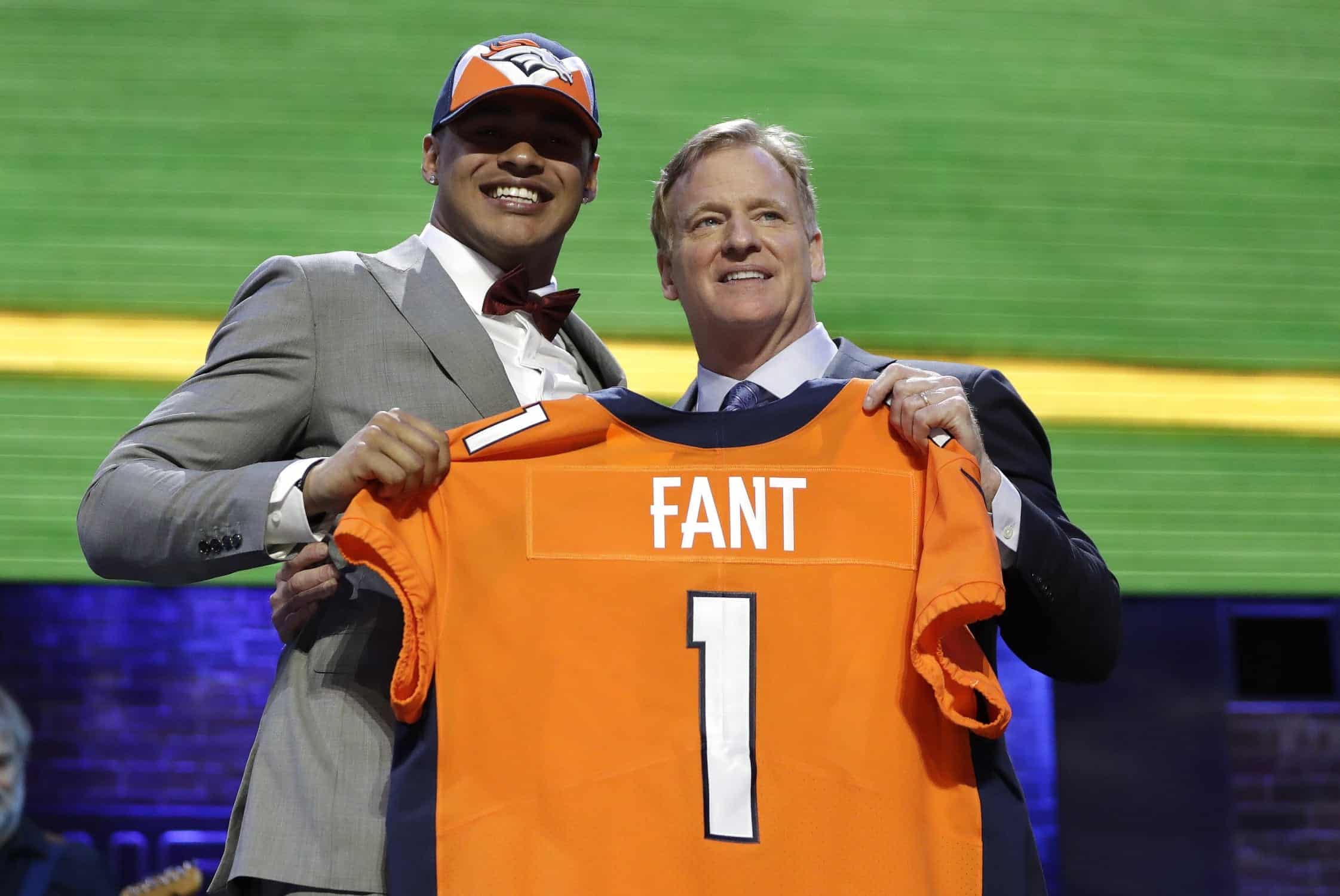 Photo Credit: Associated Press
What's in this article? Click to show
Who is Denver Broncos TE Noah Fant?
What does Fant bring to the Denver Broncos?
What to expect from Fant going forward

Following the conclusion of the 2018 season, John Elway and the Denver Broncos made it clear that they were going to be aggressive in the offseason.

The team traded for Joe Flacco and signed Ja’Wuan James to a massive deal. The team also signed Bryce Callahan to sure up the secondary. Heading into the draft, the Broncos had quite a few options at pick number 10. Many names were being mocked to the Broncos; names like Ed Oliver, Devin White, Devin Bush, and even some quarterbacks. The team, however, decided to go in a different direction. At pick 10, Denver traded back and eventually would select Iowa tight end, Noah Fant.

It is no secret that the Denver offense has been disappointing in the last few years. Injuries and subpar QB play have led to ineffective offenses and held back the talented Denver defense. Noah Fant is the type of player that can completely change that. Many considered Fant to be a top 15 talent in the 2019 NFL Draft. His ability to win in the red zone, as well as be a vertical threat, made him a highly sought after prospect.

In February at the NFL combine, Fant posted an amazing 4.5 40-yard dash and had an even more impressive vertical jump, leaping 39 ½ inches. These figures are especially impressive as Fant stands at 6’4” and 249lbs. These numbers only solidified Fant’s ability as a vertical and red zone threat for an offense. He possesses the speed to get down the field, as well as the vertical burst to out-jump just about any defender on the field.

Fant had an incredible college career. In his final two years in Iowa City, Fant totaled over 1000 receiving yards and 18 touchdowns for the Hawkeyes. He was Iowa’s biggest threat on offense. While his teammate, T.J. Hockenson, received more attention and was drafted higher, it was Fant who was the downfield target for Nathan Stanley. While not as much attention was brought to his ability to block as Hockenson, Fant holds his own as a blocker.

What does Fant bring to the Denver Broncos?

Denver should use Fant similarly to how he was utilized at Iowa. At Iowa, Fant often lined up in the “big slot” role. He used his size and speed to create mismatches against linebackers, nickel corners, and safeties. He should mesh well with Flacco and Drew Lock, implementing a more vertical passing scheme for 2019. Denver hasn’t had his type of talent at the TE position since Julius Thomas was there in 2014. Fant should be a dynamic weapon for the Broncos in 2019 and should help open up lanes for Phillip Lindsay and Royce Freeman as a run blocker.

In the clips below, Fant uses his speed to create mismatches against the defenders to get downfield. He has rare speed for his size, and Denver is counting on Fant to keep making these plays.

Noah Fant’s ability as a vertical threat and a mismatch in the slot should help Flacco and Lock create a more vertical based passing scheme in 2019. He has rare athleticism and uses it to win downfield. pic.twitter.com/kD8SddNtj5

Noah Fant’s athleticism really showed up against Ohio State in 2017. On this catch here as he blows past top 5 pick, Denzel Ward for the 25 yard TD. pic.twitter.com/UOxWnGtYY6

What to expect from Fant going forward

I expect Fant to have an instant impact in Rich Scangarello’s offense. With Emmanuel Sanders still recovering from an Achilles tear, the passing game will likely look for someone to step up. Expect second-year Courtland Sutton and Noah Fant to be the ones who step in. Both are huge targets for Flacco with the ability to win downfield. Denver really got a steal; Fant has Pro Bowl potential and will be a centerpiece for the team. Hopefully, with the additions of Flacco and Fant, the passing game can match the strong run game and make Denver a more competitive team for the 2019 season.

Denver seems to be in a transition period as an organization. Some aging veterans are on their way out, but the young talent this team has acquired keeps this team exciting and makes them one to watch out for in the coming years. Players like Noah Fant, Drew Lock, Courtland Sutton, Bradley Chubb, and Dalton Risner give this team hope for a bright future. Denver’s best years may be ahead of them.