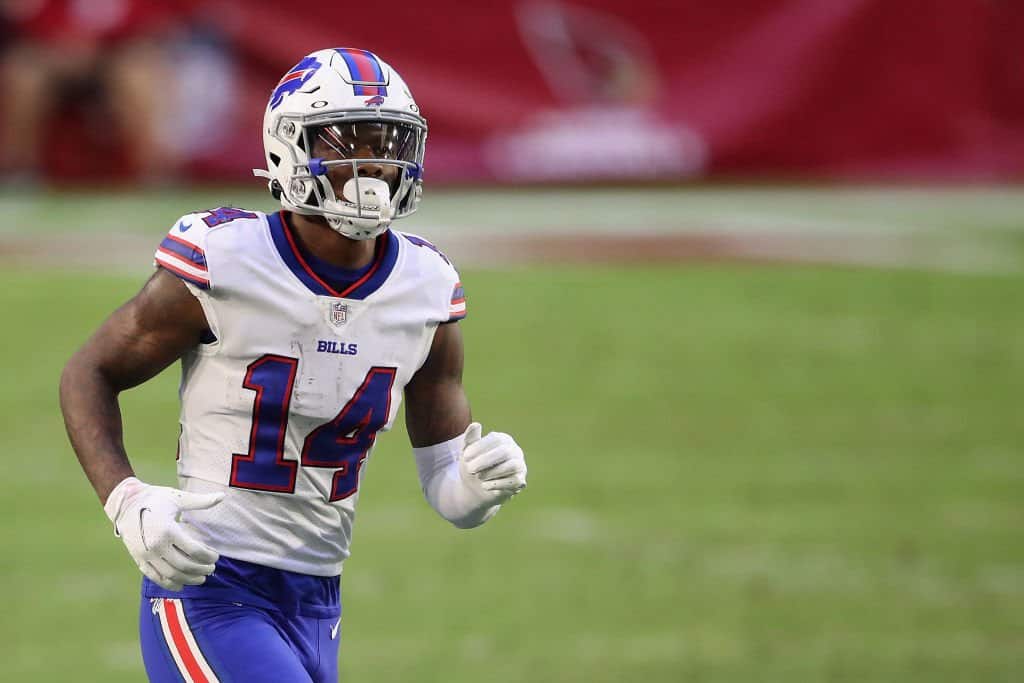 When the Buffalo Bills acquired wide receiver Stefon Diggs via trade with the Minnesota Vikings last March, they hoped he would be the needed spark in Josh Allen’s passing game to get the Bills to the next level. So far, Diggs has delivered and could be a dark horse candidate for Offensive Player of the Year.

The primary reason he may be in consideration for Offensive Player of the Year is his consistent value to a Bills offense that is trying to win the AFC East for the first time since 1995.

The Offensive Value Metric, created by the Behavior Movement and found exclusively at PFN, sets aside traditional statistics and measures how much of a player’s statistical production he was responsible for. We often see pass catchers having a higher OVM score than running backs and even quarterbacks. So it makes you wonder why pass catchers aren’t considered more often for Offensive Player of the Year, as they’re typically more responsible for statistical production, and therefore are adding more value to a team.

Stefon Diggs overall value of 33.92 through Week 10 is more than three points higher than the league average for all wide receivers of 30.74. He ranks 21st across all receivers. However, he ranks 6th among receivers qualifying for OVM in eight or more games this season. Other than Robby Anderson of the Carolina Panthers, Diggs is the only receiver to have qualified in all ten weeks so far, indicating he’s a necessary part of the Bills’ offense.

He adds value because he is a consistent threat. Outside of Week 5 and Week 7, where he fell slightly below the league average, his OVM has been consistent and trending upward. The chart below shows the range and consistency of Diggs’ OVM scores on a weekly basis, compared to the league average for receivers (yellow line). Assuming this trend continues, he will only continue to add more value as the season progresses and should peak in the post-season, assuming the Bills make it. 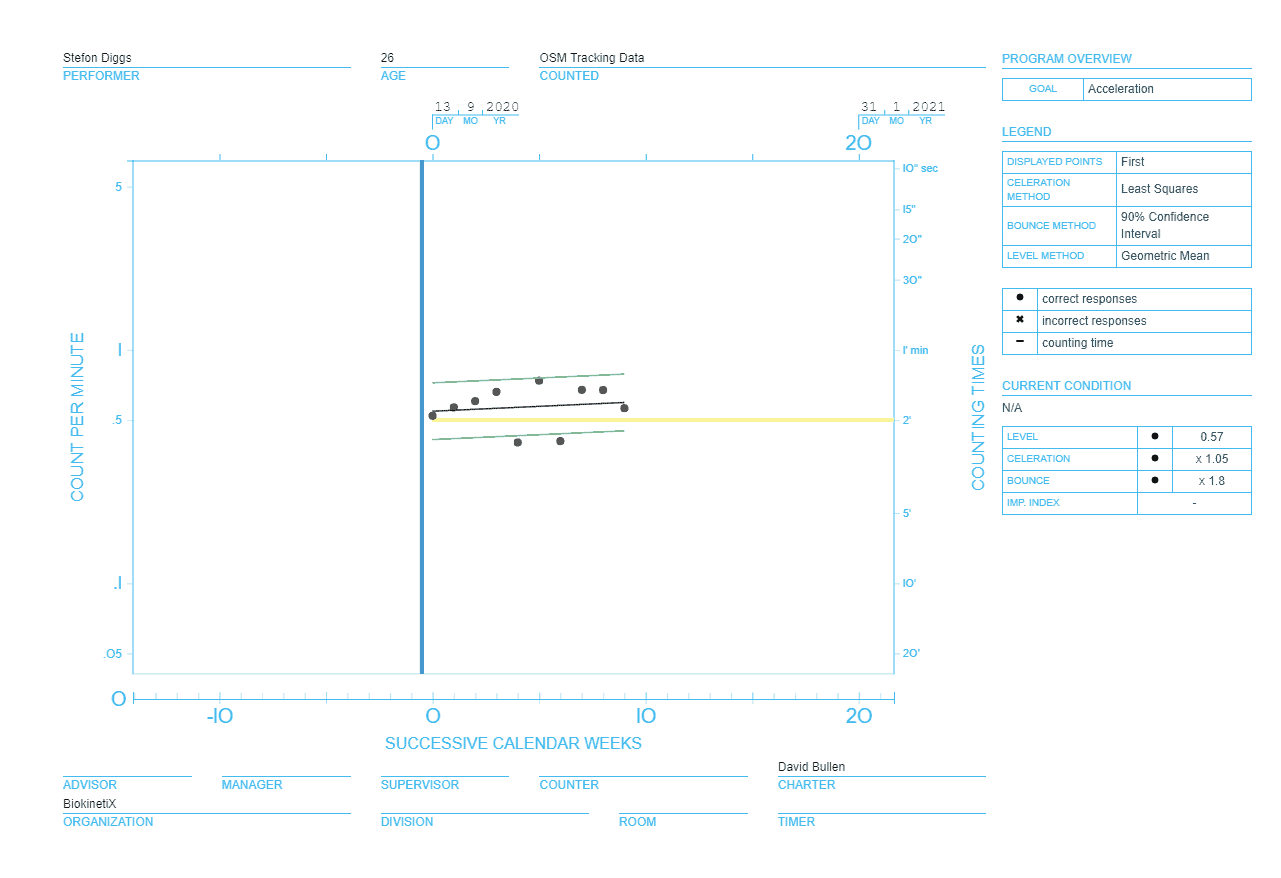 Diggs’ impact on his teammates

It’s often said that a great receiver will take pressure off of other receivers, allowing them to contribute more. That’s apparent with the Bills receiving corps after the addition of Diggs.

In 2019, Josh Allen only relied on Cole Beasley and John Brown, at least on a consistent basis. They were the only two wide receivers on the Bills to even qualify for overall OVM scores last year. This year, both Brown’s and Beasley’s OVM scores have increased, by 13% and 15% respectively, partially because Diggs has taken pressure off of them.

And, speaking of Josh Allen, his value has also ticked up this year due to the presence of Diggs, providing him another target and allowing him to spread the ball out more.

What is it about Stefon Diggs that is contributing to his value as a receiver on the Bills? To answer that, we’ll take a look at his NFL Next Gen Stats.

Could Stefon Diggs actually win Offensive Player of the Year?

Diggs has a lot of competition, probably too much.  Although he adds a ton of value to the Bills’ offense and is (currently) leading the league in receptions and yards, he’s not the most valuable receiver in the league.

Hill, Metcalf, and Lockett all have at least three more touchdown receptions on the year and all three have an OVM grade within one point of Diggs. Davante Adams (Green Bay Packers) has nine touchdowns on 21 fewer targets than Diggs, and his OVM score is nearly five points higher as well.

If we were to look at comparable receivers, relative to touchdowns scored and receptions, we’d analyze players like JuJu Smith-Schuster (Pittsburgh Steelers), Terry McLaurin (Washington Football Team), Tyler Boyd (Cincinnati Bengals) and DeAndre Hopkins (Arizona Cardinals) – all of whom have a higher OVM score than Diggs.

Boyd, Smith-Schuster and Hopkins all have a higher catch rate than Diggs, too. McLaurin is the only one of those four with a smaller catch rate, but his separation differential (the amount of separation a receiver obtains post-snap relative to the amount of cushion given by the defender pre-snap) is 20% greater than Diggs, resulting in McLaurin’s ability to gain more than twice as many yards-after-catch.

As noted earlier, Diggs’ value appears to be on the right track for Buffalo. His value is increasing as the season goes on, which is what you want from your number one receiver. However, unless Diggs sets an NFL record, or scores more often AND continues to lead the league in receptions and receiving yards, it’s unlikely Diggs will win Offensive Player of the Year.

In this article:Featured, Stefon Diggs