The Indianapolis Colts haven't had the season they wanted, but RB Jonathan Taylor is taking his place among the elite players at his position.

Though they went into the 2021 season with playoff aspirations, the Indianapolis Colts have had an up-and-down year so far. However, one bright spot has been the performance of Jonathan Taylor. Through eight games, the Colts’ RB is on pace to outperform his already impressive rookie season.

While Derrick Henry was the clear dominant running back through the first nine weeks of the season, Taylor is just as clearly in second place. This season, he has the second-most rushing yards with 649 and 6 rushing touchdowns, which is tied for third.

When he was in college, Taylor got off to an extremely fast start, proving himself to be one of the best running backs in college football almost immediately. He appears to be doing the same at the next level.

It isn’t just Taylor’s box score that is impressive so far this season. The Colts’ RB’s advanced metrics are excellent as well. As evidence, let’s turn to the Offensive Value Metric. The OVM is a grading system created by the (Bx) Movement to evaluate players based on how much they contributed to the creation of their statistics, rather than the statistics themselves.

So far in 2021, Taylor has earned a grade of 11.5. That ranks sixth out of 50 qualifying running backs so far this season. Taylor’s grade indicates that not only is he earning elite statistics, but the manner in which he is doing so is also exceptionally efficient for a running back.

For further context into Taylor’s 2021 performance, let’s look at his weekly grades from this season. You can see them in the chart below, marked by the black dots. For comparison, the average OVM grade for running backs so far in 2021 is represented in the yellow line. 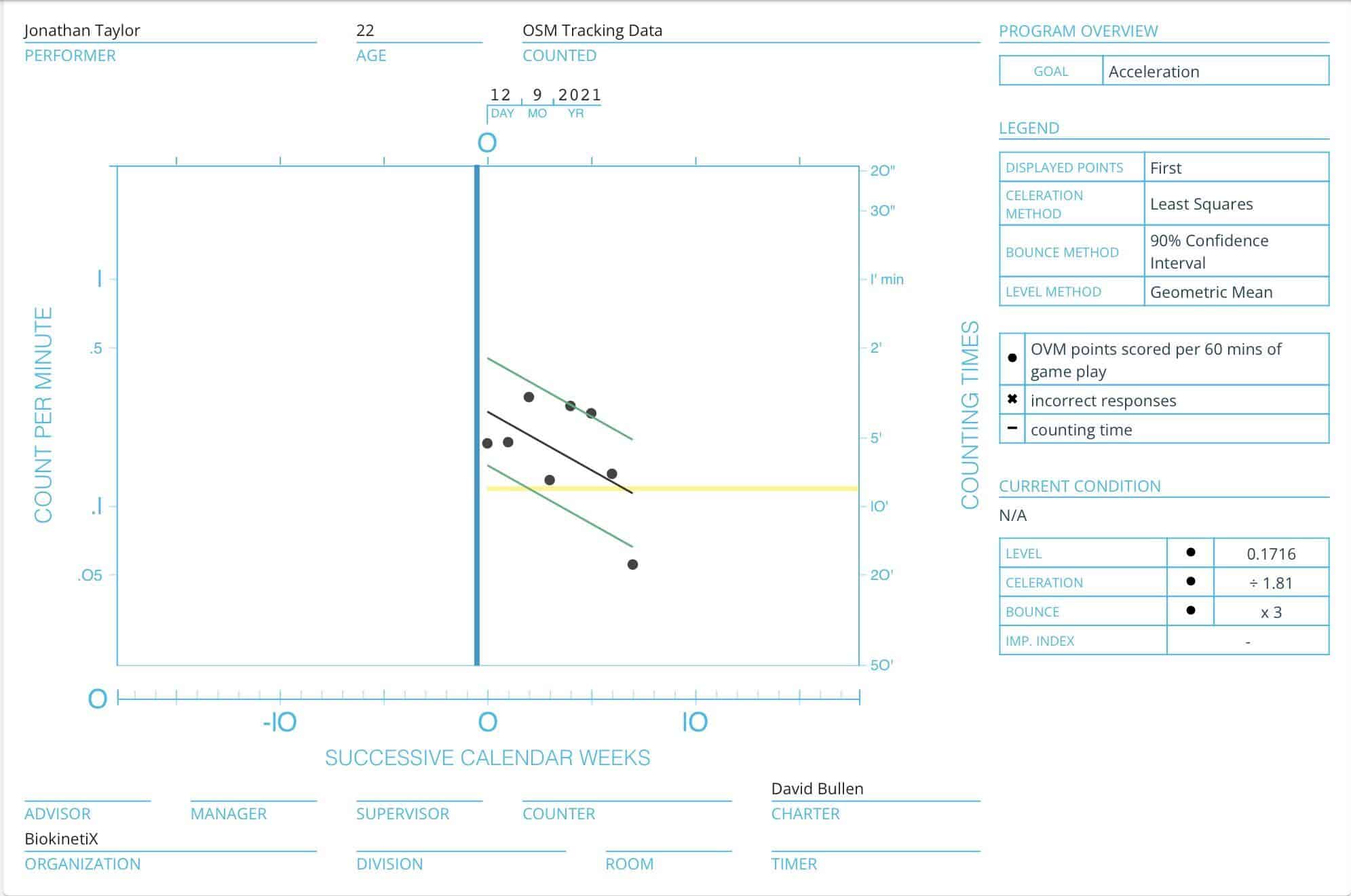 For the most part, Taylor’s grades have been above the league average. On several occasions, he beat the average by an extremely high margin; for example, his grade of 18.07 in Week 3.

The one exception was Taylor’s performance last week when he earned the fairly low grade of 3.31. However, since that was his only such grade, it seems more likely to be a fluke rather than a sign of what is to come.

To understand why the OVM views Taylor in such a favorable light, we need to look at the advanced metrics involved in calculating his grades. As you would expect, he excels across the board.

To start with, the Colts’ RB has been one of the NFL’s most efficient running backs in 2021. He’s running an average of 3.26 yards for each yard he gains on the field, the third-best ratio of any running back through the first eight weeks of the season.

Taylor is also averaging 5.4 yards per carry, the fifth-highest average among qualifying RBs. More impressively, according to the NFL’s projections, that number is 1.55 yards higher than expected, the league’s highest differential.

The only reason Taylor isn’t grading higher than every other running back is that he sees less resistance. Taylor faces eight or more defenders in the box on 25.62% of his snaps. That is a reasonably high percentage but only comes in at 13th in the NFL. Still, while Taylor is being given more space than some of his counterparts, the other statistics indicate that he is taking full advantage of that advantage.

The Colts are not out of the playoff race quite yet. However, at 3-5, they are definitely on the edge. If they want a chance, they will need Taylor to continue to perform at a high level. That might not ultimately be enough to carry the Colts into the playoffs, but even then, you can’t deny Taylor’s impact.

With so many of the NFL’s other prominent running backs injured this season, including Christian McCaffrey, Saquon Barkley, and Derrick Henry, Taylor becomes the clear frontrunner for the NFL rushing title, which would only further cement his place among the league’s elite.