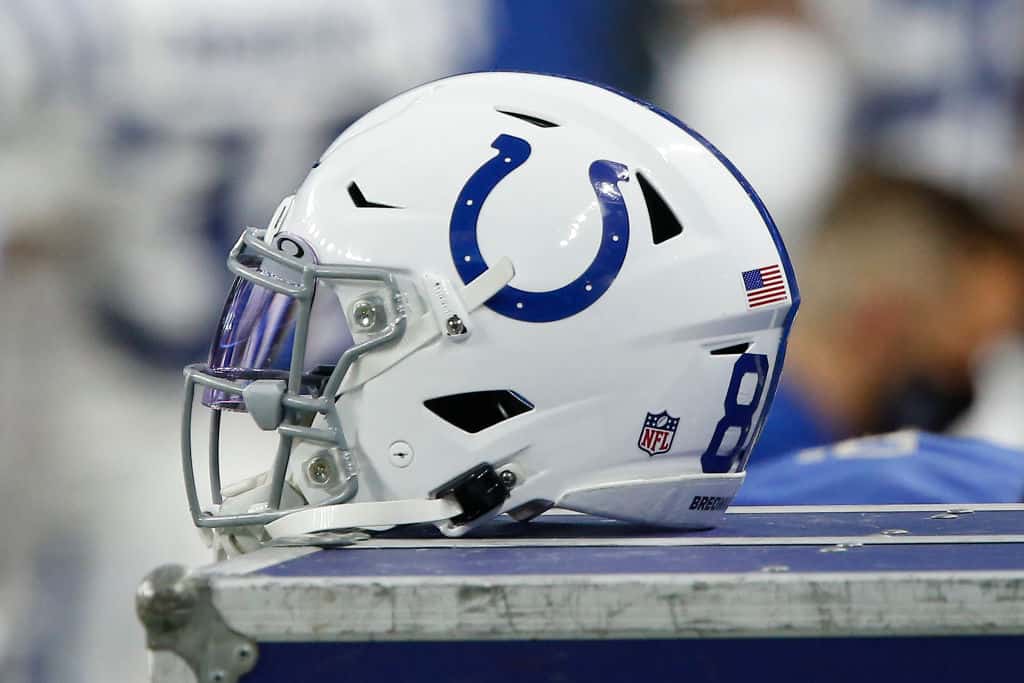 The Indianapolis Colts found success this season, finishing 11-5 and making the playoffs. However, they have to fix their quarterback position. The Colts currently have pick No. 21 in the 2021 NFL Draft. Where do the Colts go from here with uncertainty at a few critical positions? This Colts 7-round 2021 NFL Mock Draft presents a possible solution to the Colts’ problem.

The Colts were cautiously optimistic entering the season. There was plenty of talent on the team, and the Colts signed quarterback Philip Rivers to man the helm. The team was consistently playing well, albeit with a few hiccups towards the end of the season. What do the Colts need to address in the draft to sustain their success for the next few years? Above all, what is the plan at quarterback moving forward?

Where are the quarterbacks?

The quarterback position is Indianapolis’ biggest question mark going into next season. Philip Rivers is a free agent, and they don’t have a present solution behind him. Therefore, the team needs to find their quarterback of the future.

However, the 2021 NFL Draft class dries up at quarterback fairly quickly. Outside of the top four players, none of the other solutions garner excitement. As such, Indianapolis would likely get better play from just re-signing Rivers for another one-year deal. The Colts will likely have to make some sort of trade, whether they trade up in the draft or pursue another veteran quarterback in free agency.

With no quarterback here worth the selection, the Colts turn to their first pressing matter in this Colts 7-round 2021 NFL Mock Draft. Standout left tackle Anthony Castonzo announced his retirement last week. Unfortunately for the Colts, this leaves a sizeable gap at their left tackle position. As a result, Vera-Tucker could find himself in Indianapolis.

Vera-Tucker played well at guard in previous seasons, but his tape at left tackle this season has boosted his stock even more. I’ve heard Vera-Tucker could be the third or fourth tackle off the board in the 2021 NFL Draft.

A pass rusher, for instance, could be in play for Indianapolis in the first round. However, Vera-Tucker is likely to serve a more immediate impact over any pass rusher still on the board at this stage.

Justin Houston is a pending free agent, and the Colts haven’t been able to get consistent play from the rest of their pass rushers. Because of this, Josh Allen had all day to carve the Colts’ defense in their playoff game.

In this Colts 7-round 2021 NFL Mock Draft, I have the Colts adding Ronnie Perkins. The Oklahoma defender is an explosive and powerful pass rusher who has consistently improved every year in college. He’s a high-energy player whose motor never stops. As the draft process goes on, Perkins’ name is only going to rise on boards.

Next on the Colts’ grocery list of needs is the cornerback position. Rock Ya-Sin has been a mixed bag as a player, and 31-year-old Xavier Rhodes is a pending free agent. As a result, the Colts need a young playmaker to boost their secondary.

Melifonwu fits what Chris Ballard likes with his 6’3″ long frame and physical play. The explosive athleticism is on full display every game, and Melifonwu isn’t afraid to come down and tackle. Melifonwu can be a riser, especially after his NFL Combine performance. His press-man tools are top-notch.

The Houston defense quietly features some talented playmakers — most notably edge rusher Payton Turner. He’s been a steady riser this season, and as a result, earned a Senior Bowl invite due to his smooth athleticism and versatility. Turner showed on tape he can play a variety of roles on the defensive line.

Turner is a little raw with his pass rush plan. However, there are some encouraging flashes to note on his tape. I doubled down at pass rusher here in this Colts 7-round 2021 NFL Mock Draft since it’s such a dire position of need.

The Colts are set to lose linebacker Anthony Walker in free agency. While the team does have a young duo of Darius Leonard and Bobby Okereke there, Walker played the second-most snaps at the position for the Colts. Losing almost 700 snaps is a big loss, so I’d expect the Colts to add another defender to the middle of their defensive unit.

Fields is a high-energy player with the athleticism to cover plenty of ground. As a result, Fields also earned a Senior Bowl invite, and he’ll look to make a name for himself during the week of practice.

If you aren’t a college football junkie, you probably haven’t heard the name of Jaelon Darden. The dart from Denton posted a whopping 16.1 yards per catch this season. His 19 touchdown catches were second only to Heisman winner DeVonta Smith. He finished 3rd in total receiving yards. The crazy part? He only played nine games this season.

The speedster separates with ease and is one of the best deep threats in this draft class. With the Colts potentially losing T.Y. Hilton in free agency in addition to Parris Campbell’s injury history, adding a guy like Darden would fill in nicely.

A versatile offensive lineman, Royce Newman played at left guard last season before kicking over to right tackle this season. His position at the next level will ultimately depend on where the team views him. He’s another Senior Bowl invite in this Colts 7-round 2021 NFL Mock Draft.

The Colts’ offensive line is a top unit, but adding quality depth can never be problematic. Mark Glowinski is also slated to be a free agent in 2022; therefore, that depth could be vital. Newman could be groomed to fill in that spot.

Dive into the PFN Mock Draft Simulator and test your own drafting acumen! Continue to visit Pro Football Network for NFL news and in-depth analysis. Be sure to follow us on Twitter: @PFN365 to stay up to date with all things college football and the NFL Draft landscape! Also, be sure to follow A.J. on Twitter @AJDraftScout!