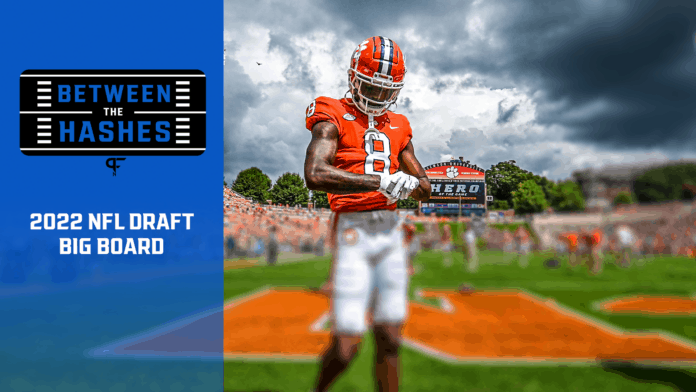 Here's the latest news on the NFL and NFLPA agreeing to enter all college seniors into the 2022 NFL Draft automatically. What problems arise?

The college football world has more news and yet another date to put on the calendar. After coming to an agreement, the NFL and NFL Players Association have figured out what to do with a sticky situation. The extra free year of eligibility following the 2020 season has been hammered out.

From the latest episode of Between the Hashes, PFN College Football Analyst Cam Mellor and PFN Chief NFL Draft Insider Tony Pauline share the latest on the situation.

Note: To watch this episode of Between the Hashes, tune in to the video player above. You can also listen on your favorite podcast platform, including Apple Podcasts and Spotify.

The 2020 season was marred with COVID-19, much like the entire year was. Many players were given a chance to opt out of playing while still remaining on scholarship. Although it was the right thing to do, it has ultimately caused a ton of logistical problems.

While universities decipher how to handle filling out their recruiting classes with saturated athletic rosters, the NFL Draft became another issue. With multiple players returning for their “senior seasons” but with a year (or two) left of eligibility, what does it mean for their NFL Draft status?

The NFL and NFLPA have agreed to blanket all players with at least four years of completed eligibility as draftable prospects. Each player who has competed for four seasons will be automatically entered into the 2022 NFL Draft.

The issue with February 4 as an opt-out date is the 2022 NFL Scouting Combine. Invites are typically sent to senior players in late December or early January. This new date of opting back into next year’s college football season gives players more freedom to essentially drag their feet in regards to waiting around for a Combine invite.

The underclassmen declaration date of January 15 would have ultimately made a bit more sense. That way, players who are returning to college or declaring for the NFL Draft could have done so simultaneously.

On the other hand, this potentially gives seniors who are on the NFL Draft bubble more time. Fringe-level players can now fully assess their situations. Perhaps seniors who get invites in the first round decline. Maybe even more underclassmen turn down a Combine invite.

That February 4 window now allows for a final round of Combine invites to be sent. Despite causing a logistical nightmare, this is at least a nice silver lining.