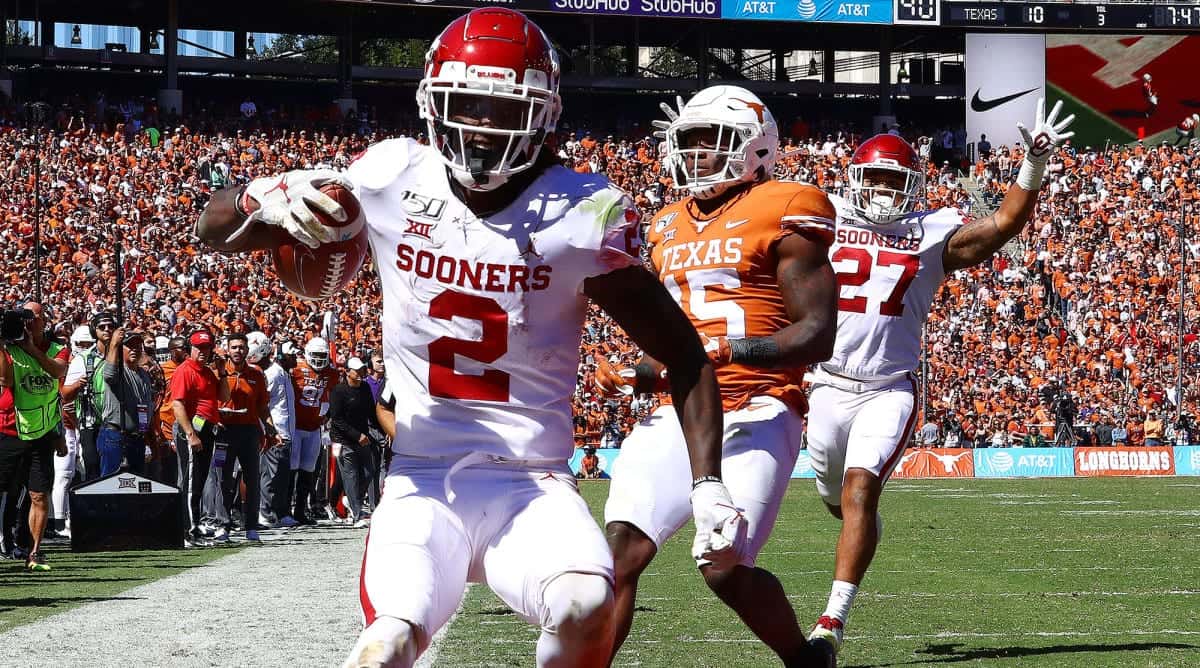 With conference championships taking center stage, Week 15 of the college football season has the potential to alter the college football landscape. There are significant College Football Playoff, and bowl game implications abound in Week 15, which makes devy scouting even better.

It’s always best to judge these talented players against better or equal talent, usually seen in conference championship games. Once these players reach the National Football League, every matchup is going to be against the best football players on the planet. Showing you excel against elite college talent is the perfect opportunity for players to boost their draft stock.

With Week 14 of the college football season in the books, here’s a look at the best devy fantasy football matchups to watch in Week 15. You can also take a look at my weekly stock report from the previous week.

After blowing a 28-3 lead over Oklahoma just a couple weeks ago, the Baylor Bears enter Week 15 with revenge and a possible back-door selection into the College Football Playoff on their minds. They’ll first have to find a way to stop Jalen Hurts, CeeDee Lamb, and the Oklahoma offense.

Oklahoma’s Lamb is one of the best devy wide receiver prospects in all of college football while running back Kennedy Brooks has excelled since taking over lead-back duties. There are significant question marks about Hurts’ game translating to the National Football League, but there’s no debating his standing in college football.

After returning for his senior season, Baylor’s Denzel Mims has excelled to the point where he’s considered one of the best senior wide receiver prospects in college football. Mims’ recent inclusion in the 2020 Senior Bowl further solidifies that point.

Mims wins with body control and the ability to win contested catches on his way to 11 touchdowns on the season and only needs 55 yards to reach the 1,000-yard mark. Mims might go unnoticed in some dynasty rookie drafts due to the volume of good pass-catchers available in the 2020 NFL Draft, but savvy drafters will take the Baylor wide receiver at a value and flourish.

In the SEC title game, #1 LSU and #4 Georgia square off for ultimate conference bragging rights. The Bulldogs are fighting for their playoff lives while the Tigers are likely in the playoff regardless. It’s hard to imagine many Week 15 scenarios that would drop LSU out of the College Football Playoff.

The SEC Championship also features one of the most significant collections of devy talent on this weekend’s CFB slate. Georgia’s D’Andre Swift and George Pickens are two of the highest-ranked devy prospects in the nation, while Dominick Blaylock and Zamir White aren’t too far behind their Bulldog teammates.

With Pickens suspended for the first half against LSU for brawling against Georgia Tech, Saturday is the perfect opportunity for Blaylock to display his abilities on the big stage. White is the presumed top running back in the 2021 NFL Draft, so look to draft him now before he shoots up draft boards even further.

LSU’s 2019 offensive resurrection has drastically altered the devy fantasy football outlook of quarterback Joe Burrow and wide receiver Ja’Marr Chase. An afterthought heading into the season, Burrow is the frontrunner for the Heisman Trophy and likely #1 overall pick in the 2020 NFL Draft.

After a sensational sophomore season, Chase has developed into one of the best wide receivers in college football. Chase has over 1,700 receiving yards and 17 touchdowns this season after finishing with only 313 yards and three touchdowns as a true freshman.

LSU’s John Emory, a former five-star high school recruit, has disappointed in his first season in Baton Rouge. While Emory has yet to make an impact, running back, Clyde Edwards-Helaire has excelled as the Tigers’ lead-runner.

Edwards-Helaire is excellent at running the ball, but he’s also shown tremendous improvement in the passing game this season. After entering the year with 14 career receptions for 142 yards, Edwards-Helaire has far exceeded expectations this season with 338 receiving yards on 43 receptions.

After struggling against Ohio State in their first meeting this season, Wisconsin running back Jonathan Taylor has every opportunity to change the narrative in Week 15’s Big Ten Championship game. With Wisconsin’s offense offering very little outside of Taylor, the running back will have work cut out for him in the title game against Ohio State’s defense chock-full of defensive talent.

Ohio State, on the other hand, has an outstanding running game and a deep group of wide receivers to spread the ball around. With Justin Fields just as likely to run as he is to throw, the quarterback and running back J.K. Dobbins form one of greatest running tandems in college football.

Ohio State doesn’t feature an elite wide receiver prospect, but their strength is the depth they’ve been able to build at the position. Chris Olave looks like the best devy prospect in the Buckeyes wide receiver corps, but K.J. Hill and Garrett Wilson also have tremendous potential.