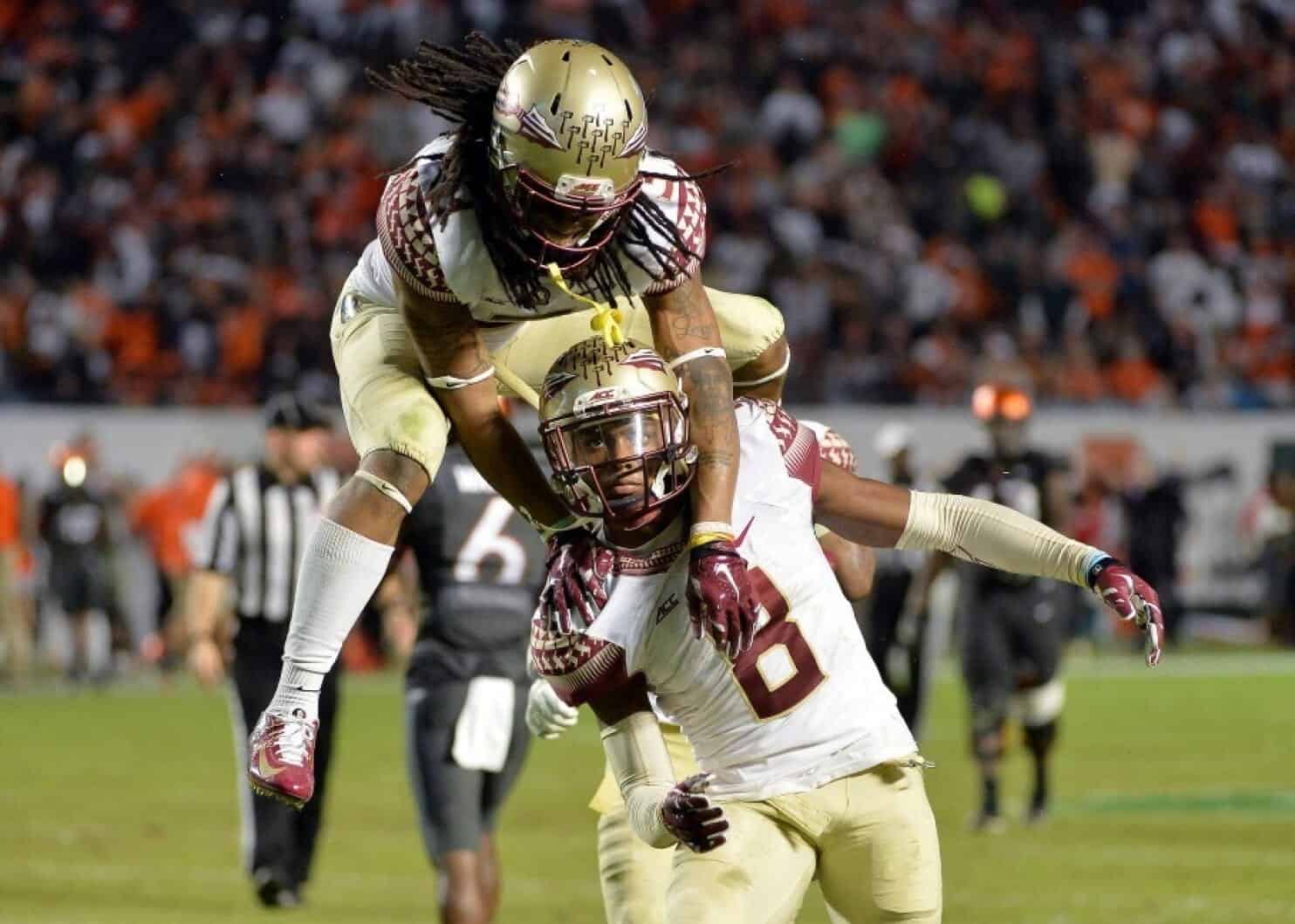 The decade of the 2010s is nearing its end, and it has been an eventful decade for college football. Throughout this week, we here at Pro Football Network have been doing an All-Decade series to recap some of the best players of the last ten years as the decade draws to a close in a matter of days. Earlier this week, I covered the inside linebackers of the decade, and now, here is All-Decade Team: Cornerbacks.

When I cite statistics for cornerbacks, ball production, as I like to call it, is something that I value importantly. It is not the end all be all, as you all will see later on with a particular ranking, but Hargreaves has some serious ball production to his name. That includes over his three-year career as a starter for Florida ten interceptions and 27 pass deflections. His outstanding ball production and standout play earned him three All-SEC selections and two first-team All-American selections in 2014 and 2015.

Hargreaves has not worked out in the NFL as he did for the Gators during his tremendous three-year stretch in the SEC, but there is no doubt that Hargreaves was an impact player that stands among the best cornerbacks from this decade. This is a guy who led the SEC in pass deflections a Sophomore, and by his Junior season, teams were not trying to test him nearly as much. He even worked in and out of the slot as a bonus on the cherry.

Claiborne, like Hargreaves, never had the prolific NFL career that you would expect out of someone so great in college on quite the loaded LSU defense. In his two years of starting at LSU, he racked up 11 interceptions on a loaded Tigers team that won the SEC championship in his last college season in 2011.

That year, Claiborne won the Jim Thorpe Award and SEC Defensive Player of the Year Honors. He was a consensus first-team All-American and first-team All-SEC that very same year. Claiborne was just one of the key cogs on that defense. The one thing that sticks out about Claiborne’s on-field play was even though he was tested often, he rose to the occasion every time and made plays each time. He got opportunities and made the most of them, and that is why he not only has good stats but got drafted in the top ten of the 2011 NFL Draft.

If this list were ranked on a pure swagger and trash-talking ability, it would be Jaire Alexander and Jalen Ramsey right at the top of that list. Only one of those men made it onto the list, however, and it happens to be the former Seminole in Ramsey. In three years, Ramsey was a key contributor each year at Florida State and racked up a total of 22 pass deflections over those three years. And while that number and his three interceptions are not eye-popping numbers, Ramsey makes this list because of the fear he struck in opposing offenses.

Ramsey was a consensus All-American in 2015 for a reason and two-time All-ACC selection. It was because he had flashy numbers or ball production, but on tape, Ramsey wore his receivers like a blanket as he was in their ear all day. It was a beauty to watch transpire and what got him drafted in the top five in the 2015 NFL Draft by Jacksonville Jaguars. Ramsey makes the list as a shutdown cornerback and one of the better cornerbacks the NCAA has seen this decade.

Desmond King might be the surprise of this list, at least for him being this high up on the list, but when you take a deeper dive into what he did and just how good he was for the Hawkeyes during his four-year tenure, it is no surprise that King makes it onto this list. King was the Jim Thorpe Award winner in 2015, a unanimous first-team All-American, a two-time All-Big Ten selection, the 2015 Big Ten Defensive Player of the Year, and the winner of the Jack Tatum Award in 2015. If King had come out after his excellent 2015 season, maybe he is a bit more revered in the land of college football.

King was asked to do a lot of heavy lifting in that Iowa defense. He played in the slot, and he played in the box, he played outside at cornerback. He was a blitzer and stout in run defense, hence how he racked up 263 tackles as a four-year starter for Hawkeyes. He had 33 pass deflections, three touchdowns, and 14 interceptions over his career at Iowa. And now, in the NFL, King is one of the better slot cornerbacks. It is no surprise that he finds himself this high on the list after a great career at Iowa.

This one is no surprise. Patrick Peterson is one of the best college football cornerbacks to ever do it, period, not just the best of this decade. Between his ability to smother opposing receivers and make electric punt and kick returns, Peterson was one of the best players in the nation while he was in Baton Rouge.

Peterson over his career was a two-time consensus first-team All-American, two-time All-SEC, and won the Chuck Bednarik and Jim Thorpe Awards in 2010. Over his career at LSU, he racked up seven interceptions and two return touchdowns in his final season. Peterson was a dominant cornerback whose teams did not want to test, even with a great cornerback in Morris Claiborne on the other side of the field. It is not surprising that he has become one of the best cornerbacks of the decade in the NFL as well with his energetic style of play and lockdown coverage ability. That is who he was at LSU as well, and he is easily a lock and key fit for the top position here.