PRO FOOTBALL NETWORKThe NFL is fast. PFN is faster.
More
Facebook
Twitter
ReddIt
Linkedin
Email
What's in this article? Click to show
Drake’s 2019 was a tale of two halves
What does 2020 have in store for Drake?
Kenyan Drake’s 2020 fantasy football outlook

One of the biggest storylines in the second half of the 2019 fantasy football season was the career renaissance Kenyan Drake underwent after his trade to the Arizona Cardinals. In 2020, he has a clear path to be the workhorse for the team. But was Drake’s breakout in 2019 an anomaly or can we expect the same? Let’s take a closer look.

Heading into the 2019 season with the Miami Dolphins, Drake was expected to be the lead running back for the team. However, he was never given the chance to get going. Over his six games with the Dolphins prior to the trade, he had over 15 offensive touches twice. In those six games though, the Dolphins lost all of them, with four losses by over 20 points. He had a negative game script working against him with his team trailing by so much.

Drake was consistent as a receiver while with the Dolphins last season. He had at least five targets in four of his six games and had 25+ receiving yards in all but one game. Unfortunately, as a runner, he was working behind a below-average offensive line, which showed. He only had double-digit carries in two of his six games and averaged less than four yards per carry in all but two of them. In regards to consistency, Drake struggled with that as well while in Miami.

According to PFN’s Consistency Score metric, Drake had a consistency score of 3.41 while in Miami, which ranked 29th amongst running backs. Nothing about his 2019 season with the Dolphins seemed to go right for him. In terms of fantasy football, he was the RB45 in half point-per-reception (PPR) scoring from Weeks 1-8. Then came along his trade to the Cardinals, which changed Drake’s entire fantasy season.

After the trade to Arizona, Drake’s performance in fantasy football did a 180, and in such a quick fashion. Drake was traded on October 28th, which was three days before his debut in Week 9. He would go off for 162 yards from scrimmage and a touchdown on only 19 offensive touches. It was also against a strong San Fransisco 49ers defense as well.

Drake’s young career was rejuvenated. In seven of his eight games with the Cardinals, Drake had at least 50 yards from scrimmage, and in five of those seven, he finished with over 75 yards.

Drake also performed much better from a consistency standpoint once he was traded. During his time with the Cardinals last season, Drake had a consistency score of 5.32 (an increase of 1.91). That would have been 15th amongst running backs overall last season.

Everything about Drake’s performance improved, especially in fantasy football. He was the RB4 in half-PPR scoring from Weeks 9-17, averaging 18.2 fantasy points during that span. More importantly, he was given the proper workload to help fuel this breakout.

For those fantasy owners who waited patiently in hopes of Drake finally producing meaningful fantasy points, this trade paid off for them. Drake had only one game where he had less than 15 offensive touches (Week 14, where he had 14 touches) and had double-digit carries in every game. Plus, the Cardinals went 2-6 over those eight games, but they still managed to incorporate Drake into their gameplan despite trailing in games. The Cardinals showed faith in Drake and he delivered for them (and fantasy owners too).

Big changes for the Cardinals

Drake was a free agent following the 2019 season, but the Cardinals made sure they didn’t lose their budding star to another team. Arizona placed a transition tag on Drake and got him under contract for the 2020 season. That tag made him the eighth highest-paid running back in football for 2020 in terms of average annual value, per OverTheCap.com. Not only did the Cardinals not allow Drake to leave in free agency, but they also paid a pretty penny to do so.

Drake was not the only big acquisition the Cardinals made in the last year. They also traded for star wide receiver DeAndre Hopkins from the Houston Texans in a blockbuster trade that saw Drake’s biggest competition, David Johnson, go to the Texans as well. Hopkins and Drake represent two major upgrades for a Cardinals offense that is expected to be amongst the league’s best behind head coach Kliff Kingsbury and emerging gunslinger Kyler Murray.

But with Hopkins’ acquisition (and recent contract extension), it also represents more competition for touches on offense for Drake. Hopkins is one of the league’s best wide receivers and will command at least 140-150 targets (he’s had 150+ targets in each of the last five seasons). As the Cardinals reinvent their identity as a high-octane passing offense with Murray and Hopkins leading the charge, it’s fair to wonder how this affects Drake’s 2020 fantasy football outlook.

How does the new-look Cardinals offense affect Drake’s receiving workload?

Even though Drake was a big part of their offense last season following his move, most of his production came in the run game. While he saw 35 targets in his eight games with the Cardinals (4.5 per game on average), he only had 28 receptions, 171 yards, and zero touchdowns. So of his 145.4 fantasy points (with the Cardinals) in half-PPR leagues, his receiving production only accounts for 31.1 (3.88 fantasy points per week) of those points.

Of the 261 passing attempts that the Cardinals had from Weeks 9-17, Drake’s 35 targets only represented 13.4% of them. So even if Drake’s targets dipped to 10% of the Cardinals passing attempts in 2020 based on 522 targets, Drake would still see 52 targets. At his 80% catch percentage with the Cardinals in 2019, that would equal out to 41.6 receptions. Drake’s 6.1 receiving yards-per-reception mark with Arizona would have his receiving yards equal out to 253.76 yards.

What about his rushing production in 2020?

In regards to his rushing potential, Drake has a strong vice-grip around the carry distribution. His biggest competitor was Johnson, who was traded. The Cardinals only added seventh-round rookie selection, Eno Benjamin, this offseason with Chase Edmonds acting as the backup running back in between the two. So between the amount of money Drake is receiving, the lack of strong competition for carries, and his impressive 2019 production, it’s clear that Drake will see the lion’s share of the running back carries in 2020.

If you look at Drake’s rushing production from his eight games with the Cardinals last season, he had 643 yards and eight touchdowns on 123 carries (5.22 yards per carry). If you spread that out over 16 games, it would be 246 carries for 1,286 rushing yards and 16 touchdowns. That would equal out to 224.6 fantasy points. That number would’ve had him as the ninth highest-scoring running back in half-PPR leagues last season. If you add in the hypothetical 45.8 points from receiving production, that equals out to 270.4 fantasy points. That total would have had Drake as the RB5 in 2019.

In the final eight games of the 2019 season, the Cardinals had 201 carries, meaning Drake had 61.2% of all carries during that time. If we spread that out over an entire season, 61.2% of 402 carries would’ve equated to 246 carries. Operating as the bell-cow for the Cardinals, Drake should easily be able to meet, if not, eclipse that number in 2020.

While we covered how Hopkins will cut into Drake’s receiving potential, his presence also allows for less focus to be on Drake, especially in the running game. Factoring everything in as a whole, Drake seems poised to have another career year in his first full season with the Cardinals. He proved that he can be successful in the rushing department and that he is a trusted pass-catcher, even if he will see less work compared to 2020. In a high-powered offense like the Cardinals’, Drake’s arrow is pointing up in fantasy football.

While each of these running backs are all top running backs in the league, an argument can be made that Drake could easily be a top-eight fantasy back in 2019. He doesn’t carry the injury concern (zero games missed in the NFL due to injury) that Jacobs (RB9), Dalvin Cook (RB5), or Alvin Kamara (RB4) does, and Drake’s fantasy upside isn’t tied quite as much to receiving production, unlike others ranked above him. That allows for Drake to have a very safe floor.

Everything about Drake’s 2020 season indicates that he is in for another strong season. Seeing as it’s his first full season with the team too, it’ll only allow him to get even more familiarized with the offense and work his way into game plans more. Drake is a great candidate to outscore his ADP and makes for a fine low-end RB1 with top-five potential. He has the chance to not only duplicate his fantasy football points from 2020 but accumulate many more. 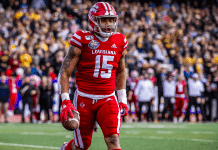