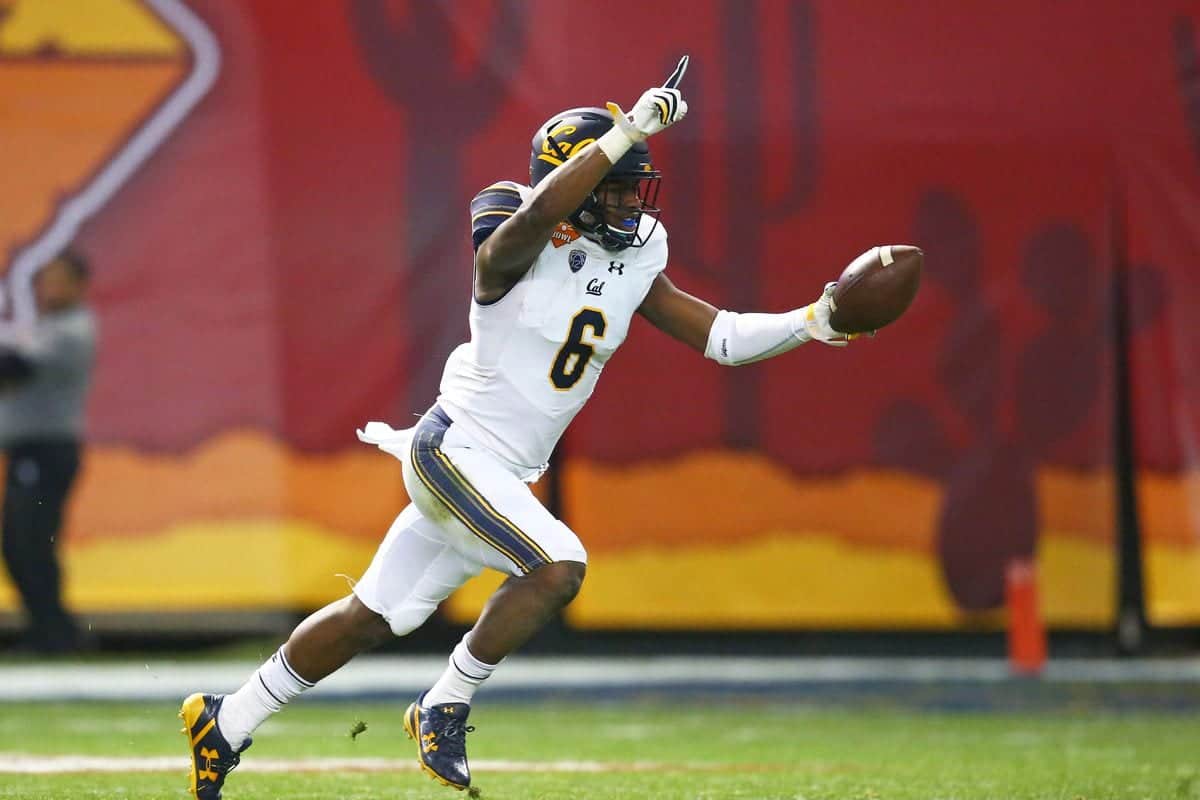 The NFL Draft typically yields a wide range of talent dispersed amongst the annual three-day marathon. In fact, it is often second and third day prospects that fill out the vast majority of depth charts across the league. As draft weekend gradually winds down, teams will rely heavily on their army of evaluators, as they attempt to unearth a potential lottery ticket in the form of a late-round gem. The 2020 NFL Draft boasts a new crop of underrated prospects, including former Cal safety Jaylinn Hawkins, who spent much of his Golden Bears career living in the shadows of his highly touted defensive teammates.

Originally recruited as a four-star wide receiver, Hawkins was in high demand coming out of Buena Park High School (Buena Park, CA), where he also doubled as a standout defensive back. By the time his career at Buena Park came to an end, Hawkins received offers from upwards of 20 colleges, including various institutions from the Pac-12, Big Ten, and Mountain West Conferences.

Although Hawkins had a myriad of schools to choose from, one managed to stand out among the rest.

“I chose Cal because I fell in love with it when I took my trip,” Hawkins explained. “I love the Bay Area, and I also wanted to get away from home — so I didn’t want to go to the local USC or UCLA. It was a good education for me and a good fit overall.”

Arriving on campus at the University of California in 2015 following a decorated career high school career, the initial plan was for Hawkins to be an early contributor on offense, but with the defensive side of the ball in dire need of manpower, Hawkins offered his services as a defensive back. After making his collegiate debut in the season opener against Grambling State, however, Hawkins suffered a season-ending torn labrum the following week in practice. He was given the redshirt designation as a result.

As diligent as he remained throughout the arduous rehab process, adversity would soon strike again, as Hawkins sustained an ankle injury the following spring.

“It was just a freak accident,” Hawkins recalled. “We were playing 7-on-7, and I went up for a ball and came down. It was just crazy how things happen. I’ve never had any injuries before in my life. Coming in my first year, I’m just getting injured left and right. It makes it hard.”

Despite being out for most of fall camp as he dealt with his latest setback, the 6-foot-2, 206-pound safety went on to play in all 12 games the following season, breaking into a talented starting lineup over the final three weeks. Hawkins amassed 29 tackles on the season, including a career-high 10 tackles against Stanford.

The imposing defensive back capitalized on a productive offseason as a sophomore and ultimately entrenched himself into a starting role on the back end. Playing in 12 games (11 starts), Hawkins produced 41 tackles (1.5 for loss), one interception, and a pass breakup.

While his season totals weren’t particularly eye-popping from a defensive back perspective, Hawkins would return with a vengeance the following season.

Appearing in 13 games (12 starts), Hawkins produced the signature campaign of his four-year tenure. In addition to accumulating 32 tackles (3.5 for loss) and three pass breakups, Hawkins also sat atop the Pac-12 leaderboard in interceptions (6), while ranking third nationally. His half-dozen interceptions were tied for eighth-best in program history.

Entering his senior campaign with understandably high expectations, while beginning to generate next-level buzz, Hawkins followed up his breakout junior season with another dominant showing. With a secondary that paired Hawkins with Ashtyn Davis, the Golden Bears earned the distinction of boasting perhaps the top safety tandem in college football.

For an encore, Hawkins compiled 56 tackles (4.5 for loss), three interceptions, two sacks, and five passes defended. His list of senior accolades included honorable mention All-Pac-12 honors, an invite to the 2020 NFLPA Collegiate Bowl — where he showed well among some of the nation’s premier talent — and the NFL Scouting Combine.

The strenuous schedule of the NFL Scouting Combine, which includes a medical evaluation upon arrival, a seemingly endless wave of team and media interviews, athletic testing and the on-field workouts, can be overwhelming for some prospects. In Hawkins’ case, he had the luxury of experiencing the whirlwind of a week with his roommate, Ashtyn Davis.

Coming off a hamstring injury, Hawkins opted to only take part in the vertical and broad jump in Indianapolis, recording 35.5 and 117 inches in the two events, respectively. He was a standout during the on-field portion of the workout, however, demonstrating his quick feet, fluid hips, and ball skills to the evaluators on hand.

While the recent developments of the coronavirus pandemic have short-circuited the pre-draft process, among countless other things, Hawkins now waits to see what will transpire in the coming weeks in regards to his Pro Day. If he isn’t afforded another chance to impress NFL brass between now and draft day, however, the California alum is at peace with how he represented himself.

“The good thing is that I got to go to the [NFL] Combine and showcase my movements, my ball skills, and my vertical,” Hawkins said. “The only thing I have left to showcase is my running.”

Though often overlooked, largely due to playing alongside the acclaimed Davis for most of his career, Hawkins proved to be a crucial piece to the Cal Golden Bears secondary over his four-year career. In a day and age where defensive coordinators place a premium on multi-faceted chess pieces, Hawkins’ collegiate success should entice teams and earn him consideration as a viable late-round option in the 2020 NFL Draft.

While he isn’t quite as explosive as his former running mate at Cal, Hawkins’ vast skill set and experience figures to garner attention from teams on the third day of the draft. Known as more of a physical, downhill thumper that thrives in the enforcer role, Hawkins’ playstyle should seamlessly translate into a run supporting box safety role at the next level.

“I had to slow down my mindset because I had three targeting calls in my career,” Hawkins explained. “I had that killer instinct, aggressive, bully type of mentality. That was my game at first. It’s still my game, but now I’m smarter with that. You gotta be a bully and be nasty, but not just always go for the big hits — make sure tackles.”

Hawkins may not have prototypical speed for the position, but his instincts, innate football IQ, and ability to communicate on the back end more than make up for it. The Cal alum also gives teams the flexibility to deploy him in a hybrid role, in an attempt to negate some of the big plays generated by the recent surplus of athletic tight ends and prolific pass-catching running backs across the NFL. Given the league’s widespread trend of spread offenses and heavy 12 personnel usage, a player of Hawkins’ mold will soon be a necessity.

“I’m a very versatile player,” Hawkins said, “because I have the feet and hips to play [cornerback], I have the physicality to play linebacker, and I have the range and the ball skills to play safety. I also do returns, too.”

Whether it’s sticking as a special teams maven or carving out a role as a key contributor in sub-packages, Hawkins will prove to be an invaluable asset to a team — one way or another.