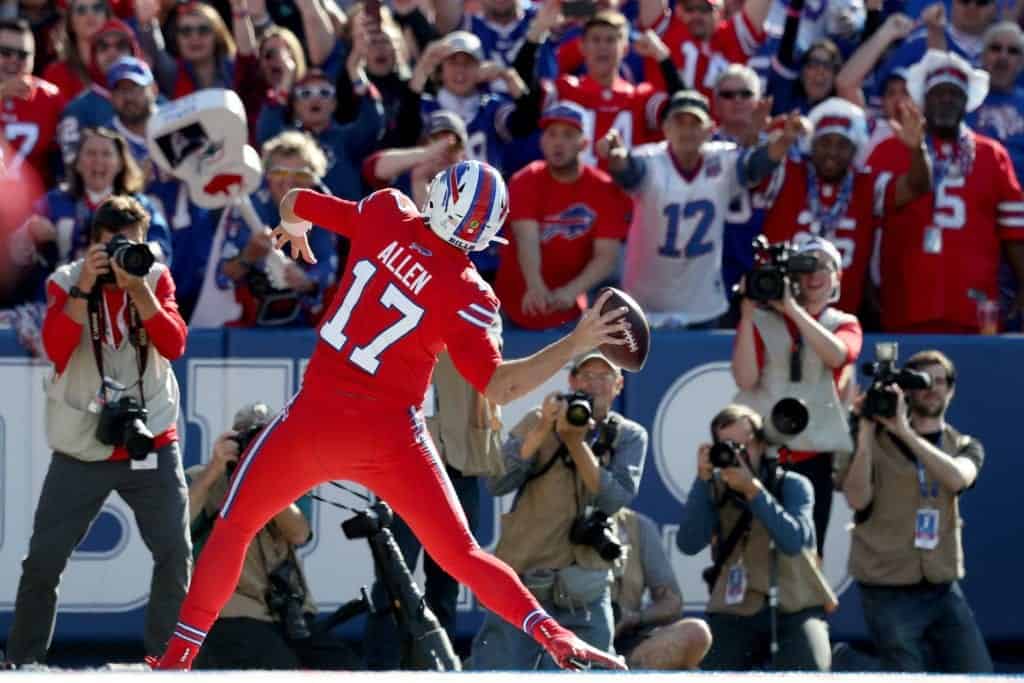 The Buffalo Bills have flown out the gates, opening the season with an impressive 5-1 start, good for the second-best record in the AFC. They won this past weekend in an impressive 31-21 come from behind win against the Miami Dolphins. They are currently in the driver’s seat of the AFC wildcard race and have found a winning formula on their way to being the NFL’s biggest surprise team thus far in 2019.

The Bills had a strong start to the season, winning their first three contests before going on to face the New England Patriots. The Bills gave the Patriots all they could handle but ultimately fell to their in-division rival 16-10. Many thought this could have been the start of the end for the Bills, but they have shown that they won’t go down without a fight. The Bill bounced back from the loss to the Patriots by defeating the Tennessee Titans, and then the Dolphins in Week 7. The Bills’ schedule hasn’t been too challenging, but a 5-1 record is nonetheless impressive.

The looming question, what has made the Buffalo Bills so successful?

The defense has been the Bills’ greatest strength for the past few seasons, and it has been no different this year. The stout defense has gotten off to an impressive start. The team is allowing just 15 points a game and has provided Josh Allen and the offense opportunities to win games. From the opening week 17-16 victory over the New York Jets to the 14-7 win against the Titans in Week 6, the defense has been great and even dominant at times.

With a growing, young quarterback, the Bills’ strong defense has undoubtedly helped the team by not putting too much on Allen’s plate and allowing him to develop. Head Coach Sean McDermott and staff have also helped Allen by running an offense that suits his otherworldly abilities, and at the same time, does not put too much pressure on the young signal-caller. The offense will never be the type that scores 35 a game; however, Allen and company have delivered when needed the most.

Allen has gotten off to a much better start than last season. Allen has thrown for 1324 yards, seven touchdowns, and seven interceptions on the season, to go along with a much improved 62.4% completion percentage. He has earned an Offensive Share Metric (OSM) grade of 22.80, the 20th ranked quarterback in the league. While that may not seem impressive, he has answered the call whenever the Bills have needed him to step up.

Much of Allen and the Bills’ success has come in the fourth quarter. Allen has led the team on four game-winning drives this season. His favorite receiver, John Brown, has been there time and time again for the young quarterback. Brown has hauled in 33 catches on the season for 473 yards and two touchdowns. He’s been Allen’s go-to receiver and has excelled, earning an OSM grade of 34.39. The two have grown a connection and seem to be only getting better together.

With a favorable remaining schedule, the Bills control their destiny to make the playoffs. It will be crucial for the team to defeat their in-division rivals, the New York Jets and Miami Dolphins, to keep their playoff hopes alive. The team is in a good spot going forward, currently in the lead of the AFC Wildcard race.

It will be up to their dominant defense led by TreDavious White to allow Allen and company to win games. Allen has answered time and time again, and hopefully, he can continue to find that fourth-quarter magic.

The Bills have become 2019’s most interesting team. They find unique ways to win games and have earned themselves a 5-1 record along the way. The Bills may not be flashy or explosive, but this is a team that the NFL will have to keep an eye on, especially if they keep finding ways to win. The Bills may just end up finding themselves playing playoff football when it is all over.