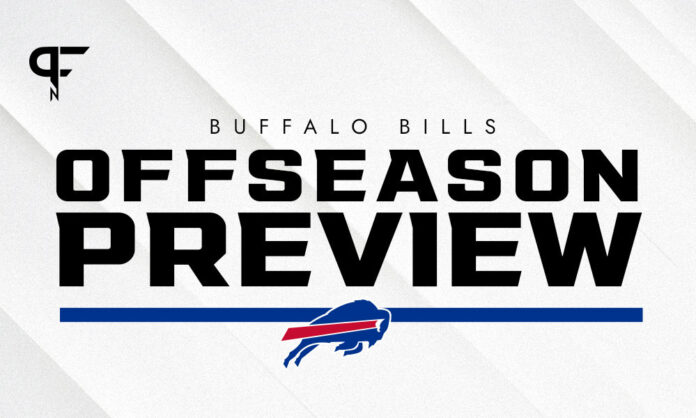 A first look at the Buffalo Bills' 2023 offseason, with a rundown of their free agents, cut candidates, cap space, and team needs.

The AFC East looks like it’ll belong to the Buffalo Bills for as long as Josh Allen is healthy and productive.

The Bills won the division for the third straight year in 2022, and it wasn’t even close. Four and a half games separated first and second place in the AFC East — the largest gap in the NFL.

The Bills look to keep the momentum going in an offseason that will feature a number of key free agents, a handful of potential cut candidates but few assets to address the team’s needs.

A downside of having great players and great success is that those players who made you successful want and deserve to get paid. Yet the league is structured in a way to make it difficult to keep them all.

The Bills, of course, had to pay Allen — he’s one of the five best players in the league — but his six-year, $258 million contract extension does mean they need to tighten their belt elsewhere.

Allen’s $39.8 million cap figure in 2023 accounts for more than a seventh of the team’s budget.

Adding to the challenge: the Bills have picked late in the first round in each of the last few years and will again in 2023.

So Brandon Beane will have to be creative to fill the holes on defense that look inevitable with Buffalo’s long list of free agents.

But in professional sports, those are more certainly first-world problems.

According to Spotrac, the Bills, as of early January, were $3.6 million over the 2023 salary cap, the 10th-worst situation in the NFL.

Overview: Edmunds checks all the boxes. He’s young (Edmunds doesn’t turn 25 until well into free agency), proven (made the Pro Bowl in 2019 and 2020), and has avoided major injury. And in a contract year, he cleaned up his biggest weaknesses. Edmunds barely missed a tackle in 2022, and his advanced coverage stats were much improved. The Bills surely don’t want to let him walk. But are they willing (and able) to eat a roughly $17 million franchise tag figure?

Overview: Poyer was totally transparent last summer: He wanted an extension. It didn’t happen. Instead, his contract was altered in a way that gave him more opportunities to earn money in 2022 through incentives. But any dollar Poyer gets from the Bills in 2023 (and likely beyond) will be guaranteed. His value to the club was never more apparent than how he held down Buffalo’s secondary after Micah Hyde was lost early in the year due to injury.