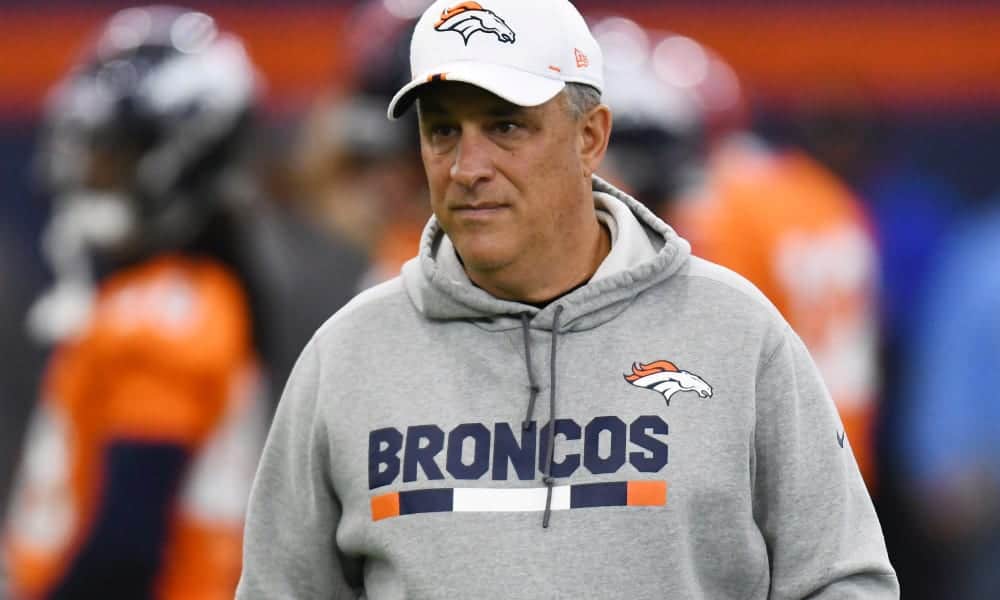 As we all patiently wait for training camp at the end of this month, news around the National Football League has been relatively slow. With the Denver Broncos set to report to practice on July 28th, an upcoming deadline for the team and star safety Justin Simmons to work out a contract, movement is expected to pick up.

In last week’s Broncos Mailbag, I provided an update on what the latest news was surrounding the Broncos progress with contract talks with Simmons, and what a good season would look like for quarterback Drew Lock.

Featured | Strengths and weaknesses of the Broncos 2020 defense

This week’s mailbag featured some insightful questions from readers about expectations for Broncos head coach Vic Fangio as he enters year 2 leading the team. We’ll dive deep into this topic as well as touch on other important elements surrounding the Broncos right now. If you have any questions that you would like answered on the mailbag: email us at [email protected] or send us a tweet @BroncosPFN.

What do you expect to see from Vic Fangio in year 2 as the team’s head coach?

I think for both Fangio and the Broncos, you’ll see a combination of learned experiences and adapting. Last season, Fangio became a head coach for the first time in his long career as a coach in the National Football League. Previously as a defensive coordinator, he’s spent a lot of his time as a coach in the skybox, seeing the field and calling down the play to an assistant coach who would then signal it into the players. It was a noticeable adjustment for him during his first season being a play-caller from the sideline.

In year 2, I expect that Fangio will be more comfortable with being on the sideline, relying on what he sees initially, and having it confirmed by a coach upstairs who is on the headset. I felt last season that Fangio and his staff did a great job of making adjustments as they were needed, but with a young football team, it sometimes took longer than what spectators had the patience for.

However, one thing stands out with Vic. His players love him. I’ve spoken to various Broncos players who have nothing but strong praise for Fangio. He’s considered as a tough, old-school coach, but he treats every player the same whether you’re on the active roster or practice squad. Vic connects really well with his players and that’s something I have felt the team has been missing for several years.

What is the outlook for the Broncos third-round cornerback Michael Ojemudia in his rookie season?

Ojemudia is a player that really stood out to me when I went back and referenced his game tape. Iowa ran a lot of match-zone last season, and the Broncos will run a lot of it too. As a scheme fit, Ojemudia has the size and football IQ to be a legitimate option for the Broncos on the boundary.

In terms of projecting an outlook for him, defensive coordinator Ed Donatell spoke highly of Ojemudia being in the top part of the class in terms of picking up the defensive scheme. If he can translate what he’s learned in the team’s virtual voluntary off-season program and can physically carry that over and execute it in practice, he’ll be a favorite to start the season as a rookie. He’ll be competing against De’Vante Bausby, Isaac Yiadom, and Devontae Harris for that third cornerback spot.

If Ojemudia gets the starting nod, I expect him to be tested early in the season by opposing offenses, and I also expect that he’ll play aggressive in Denver’s scheme. The Broncos will report to training camp on July 28th at the UC Health Training Center in Englewood, Colorado under Vic Fangio leading the team in year 2 as head coach.

Who will win the competition for the Broncos third wide receiver spot?

There are a lot of fans out there that believe K.J. Hamler will be the Broncos third wide receiver in offensive coordinator Pat Shurmur’s scheme which utilizes a lot of 11-personnel (1 RB, 1 TE, 3 WR). While it’s certainly possible that Hamler could become the team’s WR3, I personally believe that Tim Patrick will be one of the mainstays of the Broncos offense.

At 6’4, Patrick was projected to have a significant role with the Broncos offense in 2019, but an injury in Week 1 derailed that from being the case. I believe it’s important to document that Patrick was the first player the Broncos brought off of injured-reserve last year. Speed is becoming an important element on offense around the NFL, but having size is equally important when going against 6’1-6’2 cornerbacks. Patrick has also been working with 6’4 Broncos star WR Courtland Sutton throughout this off-season.

In 2019 following Patrick’s return to the field, he had 16 receptions for the Broncos. 14 of those receptions helped move the chains for the Broncos to keep drives alive. He’s back on a one-year deal and has a chance to receive an extension after this season if he performs well in 2020.

Do you think the Broncos could bring back Shane Ray to add more depth to the pass rush?

Von Miller has been seen training with Ray this off-season, but I can tell you that the Broncos do not have any interest in bringing Ray back. Earlier in May, a team source I spoke to, told me that the team is “excited about the young depth that they have.” It would be unlikely to see the team bring anybody else in at the position.

When you look at the Broncos depth at pass rusher, they have a variety of players already at the position like Miller, Bradley Chubb, Jeremiah Attaochu, Malik Reed, Derrek Tuszka, and Malik Carney. Many of these players have the potential to be key developmental pieces as well. I wouldn’t get my hopes up for a Ray-Broncos reunion.

Do you think Derrek Tuszka will make the final roster and if so, what can he be for the team?

Tuszka is listed as an outside linebacker for the Broncos 3-4 scheme. It’s a tough road for most 7th round picks to make the roster, but Tuszka has a strong chance to gain consideration on the final 55. He plays with a high motor on film and showcases a relentless pursuit to the football. Secretly, he could be a steal for Fangio on defense.

Will he play a lot for the Broncos in 2020 defensively? I’m not sure that we’ll see much on defense considering the Broncos depth right now with Miller and Chubb starting. Reed, Attaochu, and Hollins will be key rotational players in Denver’s sub-packages. Tuszka would have to have a stellar training camp and one of those players would have to perform significantly poor in order for Tuszka to overtake one of them.

That doesn’t mean he won’t see playing time. Immediately, he is a player to watch to play a pivotal role on special teams for the Broncos in 2020.

With all the new additions added to the team, which area of the roster are you personally excited about seeing?

For the Broncos and Vic Fangio entering year 2 of their relationship, I am excited about seeing the defensive pieces that have been added. Jurrell Casey and A.J. Bouye really excite me as an analyst because they are strong scheme fits that could be difference-makers in terms of helping the Broncos compete for the division.

I’m also excited about the additions of Jerry Jeudy, K.J. Hamler, Lloyd Cushenberry, and Graham Glasgow on the offensive side of the ball. The journey for the Broncos will be tough, but with an experienced coaching staff and exciting young pieces in place, they might be building something special in Dove Valley.

What will Royce Freeman’s role be with the Broncos in 2020?

Freeman will enter training camp this month ready to compete. He’s always been the Broncos bigger, more physical runner the last two seasons but with the off-season addition of Melvin Gordon, his future with the team has been put into question.

A combination of minor injuries (ribs, shoulder) slowed down the overall impact of what Freeman could have done in my opinion last season. However, he’ll have to compete with Khalfani Muhammad and LeVante Bellamy during practice this month for the RB3 spot on the team.

If Freeman can remain healthy and put together a strong training camp performance, he’ll likely be the Broncos third option. If he struggles, he could be pushed out by some of the younger guys.