Bills QB Josh Allen is among the NFL's most polarizing players, but he has proven he can take his team to the playoffs.

By Mike Tanier
Share
Facebook
Twitter
ReddIt
Linkedin
Email
What's in this article? Click to show
Will we get the Snyder cut or will the Buffalo Bills disappoint?
Deep Dives
Is QB Josh Allen the only fantasy football option on the team?
Buffalo Bills 2020 Prediction

There seem to be two very opposite perspectives on the 2020 Buffalo Bills. Let’s look at both.

Not since the days of the Galloping Ghost have football fans marveled at a paragon of gridiron excellence and human achievement as transcendent as mighty quarterback Josh Allen.

Equal parts John Elway, the 2015 version of Cam Newton, and Alexander the Great, Allen (with the help of newcomer Stefon Diggs, All-Pro cornerback Tre’Davious White, and one of the NFL’s most solid all-around rosters), is finally poised to lead the Buffalo Bills to at least a half-dozen Super Bowls now that the Cheatriots are no longer a threat to steal any more championships.

Josh Allen. LOLZ. These guys are gonna be this year’s Bears or Jaguars.

Will we get the Snyder cut or will the Buffalo Bills disappoint?

Diggs proves to be the missing piece on offense. Running back Devin Singletary grows into a consistent every-down back, and new arrivals on the front seven (free agent Mario Addison, rookie A.J. Epenesa) make life even easier for a secondary led by White, safeties Micah Hyde and Jordan Poyer and former All-Pro Josh Norman. With the Patriots in transition, the Bills finally get to be the AFC East team that benefits from an annual Jets-and-Dolphins double-cheese schedule feast.

Josh Allen. LOLZ. These guys are gonna be this year’s Bears or Jaguars.

Maybe a reunion with Sean McDermott, excellent safeties, and a locker close to White will rejuvenate Norman. Or maybe McDermott needs to break himself of the habit of pursuing every Panthers’ castoff that isn’t nailed down.

Speaking of Panthers castoffs, Mario Addison (9.5 sacks last year) should offset some of the sack production lost with the departure of Jordan Phillips (Cardinals), while defensive tackle Vernon Butler is a talented reclamation project for a tackle rotation led by the disruptive Ed Oliver.

But Epenesa is the most intriguing newcomer on the front seven. Epenesa recorded 26.5 sacks in three seasons at Iowa and had some J.J. Watt-like moments on film, but his combine results were poor. Football Outsiders’ SackSEER metric thinks Epenesa could grow into a productive pass-rusher.

Oh, you wanted a Josh Allen stat? Here’s one: He was 7-of-39 on passes thrown 25-plus yards down the field, for two touchdowns and two interceptions. No, those numbers aren’t good. Allen had a lower completion rate on 25-plus yard throws than Kyle Allen, Mason Rudolph, and Mitchell Trubisky, not to mention most quarterbacks whose names don’t make us cringe. Diggs (12-of-21 on 25-plus yard bombs) should help considerably. It would also help if Allen didn’t seem to be closing his eyes and launching the football as far as he could.

Is QB Josh Allen the only fantasy football option on the team?

A run game with a lot of options

Singletary gained 775 yards last season, but 282 of them (36.4%) came on just 14 carries. With Frank Gore gone, Singletary is expected to be more than an explosive change-up but he faces a challenge from rookie Zack Moss (Utah), a rugged tackle breaker and an effective receiver (66 career catches) in college. Moss has crept into the 120s in ADP and higher in PPR and Dynasty leagues. He has a fair shot at relegating Singletary to a change-up role.

Allen rushed five times for five touchdowns inside the 5-yard line last season. You don’t have to believe in him as an actual quarterback to get value out of him as a fantasy quarterback.

Allen bashing is a lot of fun and often appropriate; his inclusion on the NFL Network’s Top 100 countdown was downright silly. But his arm and legs truly pressure defenses, and if he can have a Ryan Tannehill-caliber season who mixes two or three big plays per week with proper game management, the Bills should cruise into the playoffs on the strength of a deep roster and a manageable schedule. And if Allen takes a big step forward, watch out: few young quarterbacks can match his prodigious tools.

The Bills are a lot more fun to watch and interesting when you watch them with an open mind instead of taking sides in a three-year-old internet argument. So stop scrutinizing every throw and enjoy the ride. It’s likely to continue well into January. 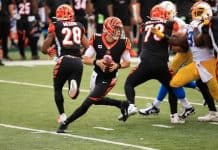 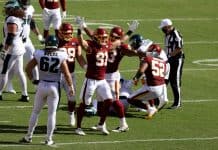 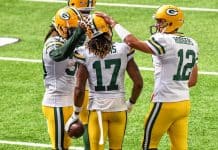