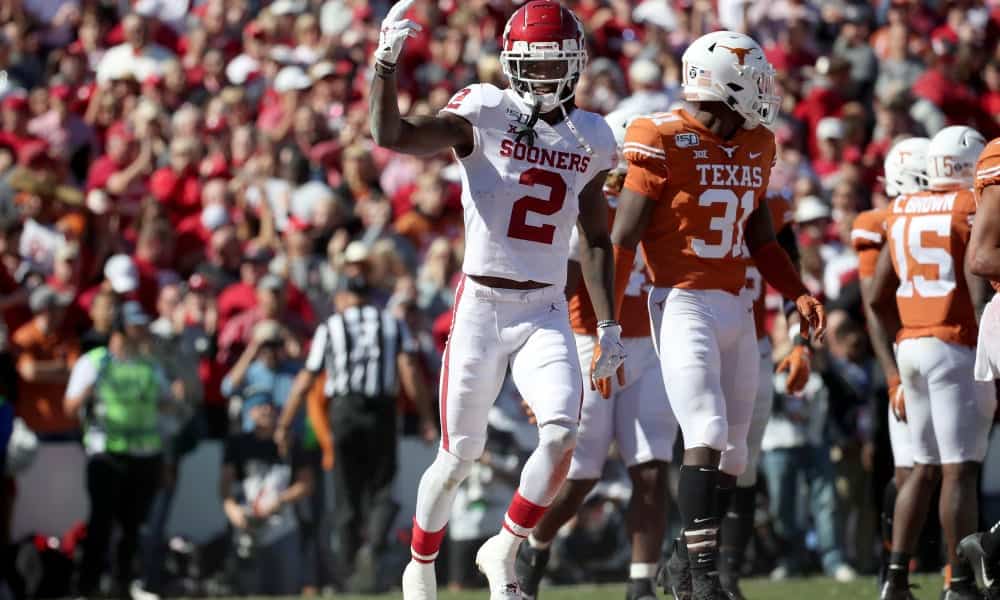 Career Snapshot: Four-year starter who was named Honorable Mention All-Big 12 as a senior in 2019. Started at center as a sophomore and made one start at the pivot as a junior before he moved to left tackle full-time. Started 11 games at right tackle as a redshirt freshman.

Positives: Versatile offensive lineman who comes off a terrific senior season. Fundamentally sound, stays square and keeps his feet moving. Works his hands throughout the action, blocks with leverage and stays square to seal defenders from the action. Keeps his head on a swivel and shows solid awareness.

Negatives: Lacks footwork off the edge and the ability to slide in pass protection. Possesses a thin build and really doesn’t get much movement in the run game.

Analysis: Good-Jones was not graded prior to the season, but he had a terrific 2019 campaign and ended up at the Shrine Bowl. He must get bigger and stronger, but he has the versatility to be used out of variety of offensive line positions. Ultimately I think he’ll end up at center or guard, and Good-Jones is a developmental prospect who should land on a practice squad next fall.

Career Snapshot: Junior-college transfer who started all three of his seasons at Iowa State. Named Honorable Mention All-Big 12 and made 13 starts at left tackle as a senior in 2019. Started at right guard in 2017 and 2018.

Positives: Wide-bodied, small-area lineman who gets the most from his ability. Quick off the snap, keeps his head on a swivel and fights with his hands throughout the action. Resilient, stays square and shows ability as a position blocker. Works his blocks and always looks for someone to hit.

Negatives: Gets narrow-based in his setup. Shows average strength despite his size and struggles to finish or even contain defenders.

Analysis: Knipfel possesses the size and smarts to play at the next level, but he’s a limited athlete who does not come with much upside.

Positives: Resilient defensive tackle who works hard throughout the action. Plays with proper pad level, gets leverage on opponents and works his hands. Tenacious, keeps his feet moving and flashes playmaking ability.

Negatives: Lined up at nose tackle last season and was easily controlled at the point. Struggles to get off blocks. Can’t get outside the box to make plays.

Analysis: Lima possesses solid size and some growth potential, but he must improve his strength to have any chance to make a roster.

Career Snapshot: Three-year starter at right tackle who was named Honorable Mention All-Big 12 as a junior in 2018. Made seven starts as a sophomore and missed three games due to a knee injury.

Positives: Somewhat underrated offensive tackle with decent upside. Sets with a wide base and fires off the snap. Solid position blocker who seals defenders from the action. Keeps his feet moving, plays with excellent lean and shows the ability to anchor at the point. Quick out to the second level and makes terrific use of angles to take opponents from the play.

Negatives: Does not show great range off the edge. Must improve his hand placement. Overextends into blocks and lacks balance.

Analysis: Meeker was rarely mentioned in the scouting community prior to the beginning of the season, but he looked terrific as a senior and could earn a spot on a practice squad. He possesses growth potential and is a developmental right-tackle prospect.

Positives: Athletic linebacker who flashes ability. Breaks down, moves around the field with ease and covers a decent amount of area. Gets depth on pass drops, goes sideline to sideline and plays with quickness and speed. Sells out on the blitz and shows a closing burst to the action. Drives his shoulders through ball carriers and wraps up tackling.

Negatives: Indecisive. Bites on ball fakes and gets caught out of position.

Analysis: Spears is an athletic linebacker who has flashed ability and comes with the size and speed to play at the next level. He must improve his consistency and really take his game to the next level to make it out of camp this summer.