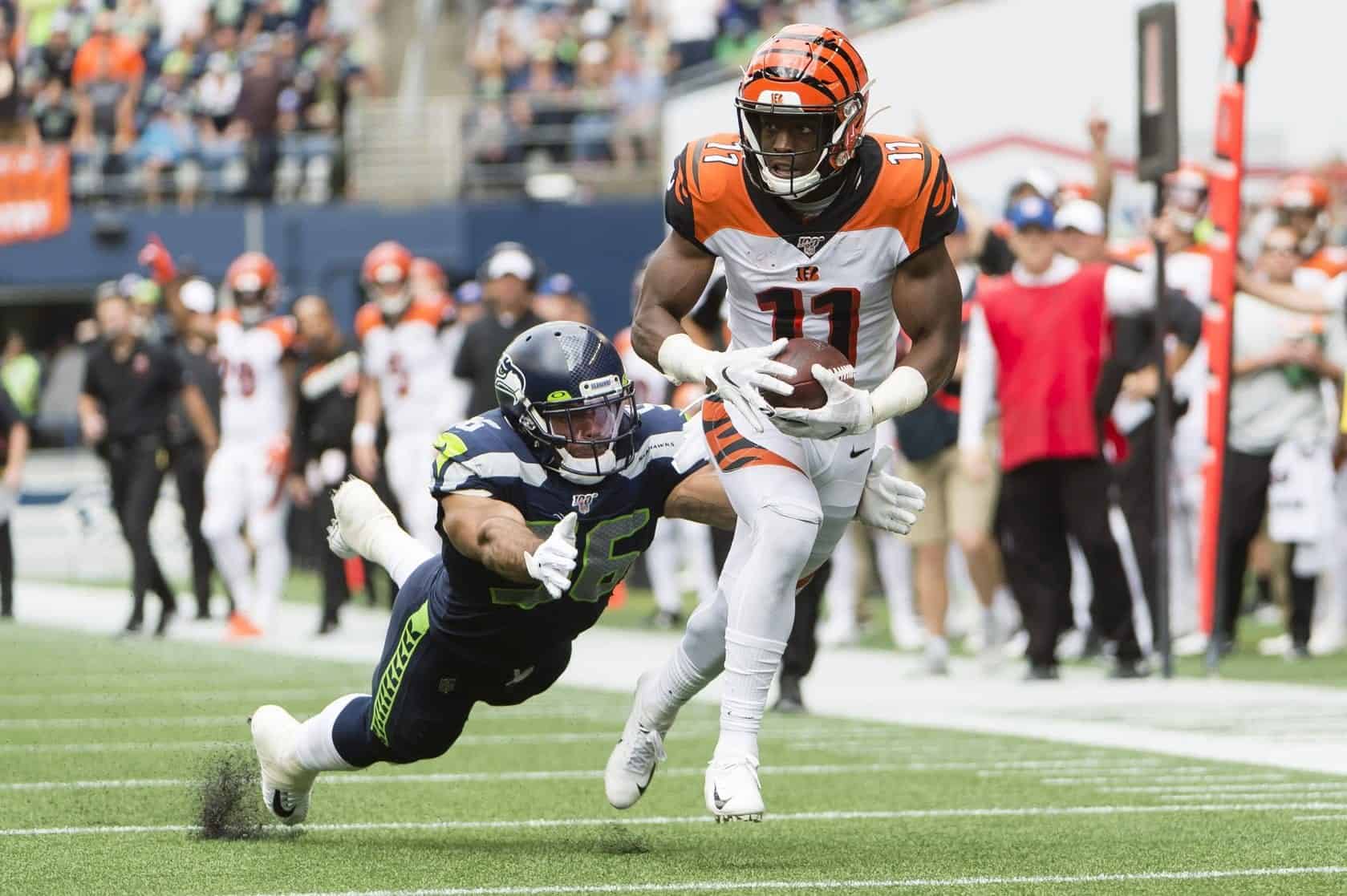 In the record books, it will show that Cincinnati Bengals head coach Zac Taylor lost his NFL debut. Sometimes, however, a loss can be as valuable as a win for a team’s development. Cincinnati’s 21-20 opening day loss in Seattle is one of these cases. There’s a lot to be revealed if you read between the game’s stat lines.

Taylor is a fan of Darwinism

The game showed that Taylor is aggressive, flexible, and able to lead a team that has faced mounting obstacles since OTA’s began last spring. In other words, he’s the anti-Marvin Lewis.

For years Bengals fans watched Lewis stand stoically on the sideline, obstinately sticking with his original game plan regardless of how the game in front of him unfolded. He once called halftime adjustments “more journalism jargon than truth.” The philosophy often backfired. During the Marvin Lewis era, the Bengals finished in the bottom half of the league when it came to hanging on to halftime leads. At least through one week, Taylor is proving he’s adaptable.

Taylor faced an uphill climb in his head coaching debut. He took a banged-up Cincinnati Bengals team into one of the most hostile environments in the NFL: Seattle’s CenturyLink Field, home of the infamous 12th man. With a patchwork offensive line and missing their top wide receiver, A.J. Green, the Bengals entered the game as a 9.5 point underdog. Despite the odds, they took Seattle to the limit, nearly pulling off an upset. Taylor got his Bengals team to outplay what’s on paper.

The Bengals went blow for blow

The Seattle Seahawks knew little about Taylor’s offense but had an idea that everything would be predicated by the run game. Going off of Taylor’s background, it seemed logical. They designed a defensive game plan to stop last season’s AFC rushing leader, running back Joe Mixon. When Mixon left the game with an ankle injury, they continued to focus on stopping RB Gio Bernard.

Getting more from less

The strategy kept Cincinnati in the game until a questionable fumble call ended their comeback with just 14 seconds remaining. In discussing the adjustments, Taylor told the team website, “…the bottom line is you always create a game plan you think is going to work and be ready to adjust as the game goes on.”

Lewis also had a habit of trying to fit square pegs into round holes, expecting players to adjust their style of play to his offensive and defensive schemes. Taylor, on the other hand, seems to have tweaked his offense to best fit the Bengals’ strengths. Dalton looks like a natural fit for Taylor’s scheme. Despite throwing the 51 times, he had zero interceptions. Ross nearly matched his entire 2018 yardage output in one game. Four receivers averaged 10 yards per catch or more. The offensive line gave up four sacks, but considering the mismatch between fronts, that number could have been much higher.

Cincinnati’s defense showed up too

On paper, it looked like Taylor’s debut would be a disaster. Instead, the Cincinnati Bengals can hold their heads high as they prepare for their home opener vs. San Francisco. After just one game, Taylor appears to have changed the culture of a stagnant franchise desperate for a spark. Lewis used to speak ad nauseam about needing to generically “do better” after losses. Taylor’s response after Sunday’s loss? “We’re as good as we think we can be.” Sunday might show a loss in the record book, but it’s as good as a win for the team’s confidence moving forward in 2019.

Travis Yates is a writer for PFN covering the Cincinnati Bengals. He is also a co-host of the Fantasy Fixers Podcast for PFN’s Podcast Network. You can follow him @TheTravisYates on Twitter.