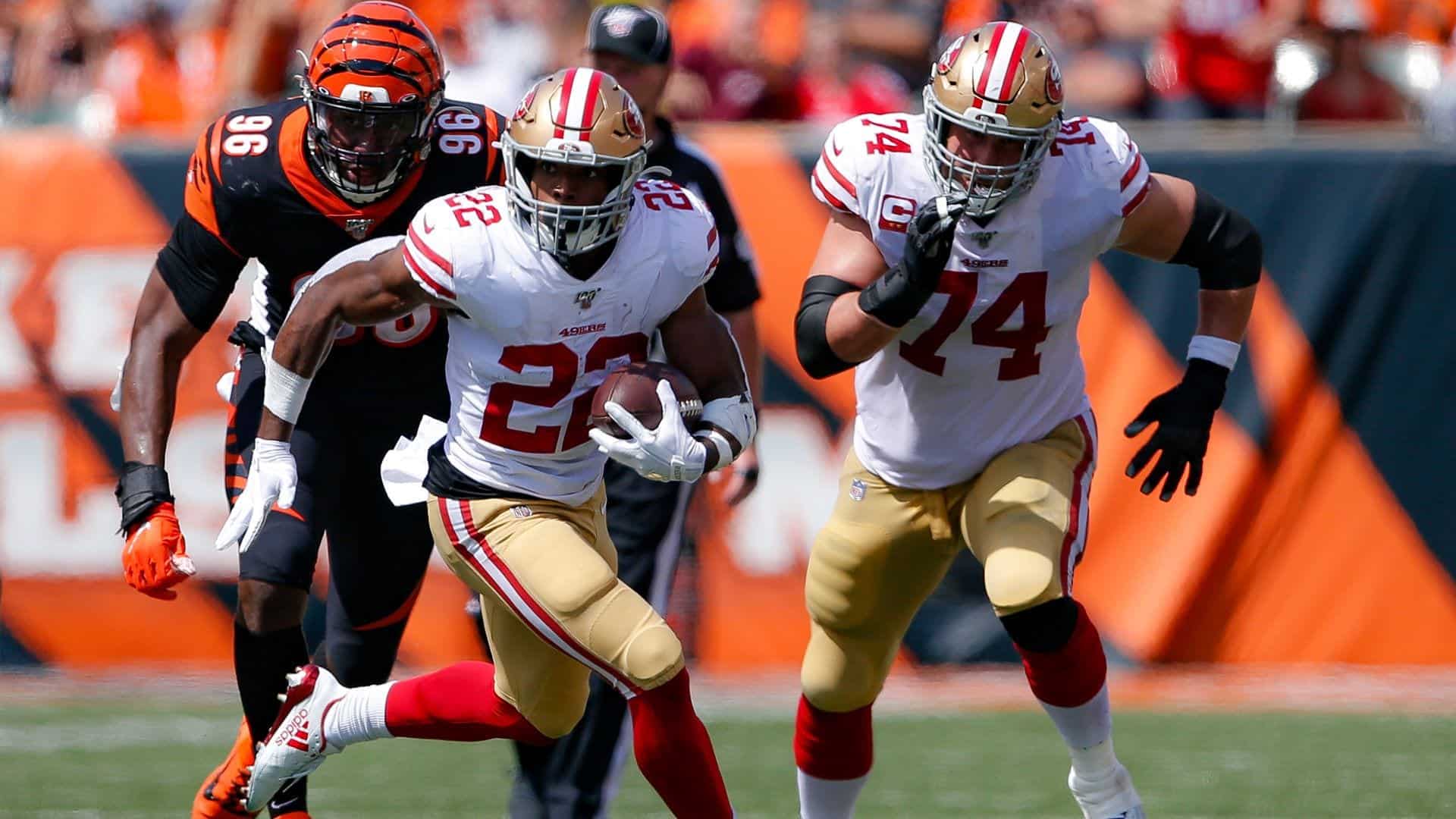 Photo Credit: Yahoo Sports
What's in this article? Click to show
A tale of two weeks
What happened in Cincinnati?
What’s next?

One of many question marks heading into 2019 was the type of scheme new defensive coordinator Lou Anarumo would install. Is Jekyll & Hyde a scheme? After holding the Seattle Seahawks to just 21 points on the road in the season opener, the Cincinnati Bengals gave up nearly double that in a home loss to the San Francisco 49ers. The big mystery now heading into Week 3 is what happened to the defense?

A tale of two weeks

In Week 1, Bengals defensive end Sam Hubbard looked like a star in the making. He finished with 10 tackles and two sacks while helping Cincinnati hold the last year’s NFL team rushing leaders to just 72 yards on the ground. Flash forward one week and it’s a very different story.

In last Sunday’s 41-17 loss to the 49ers, Cincinnati’s defense gave up 572 total yards, 259 of which came on the ground on 42 carries. It gets uglier when you compare it to the Bengals offensive output which was a mere 25 yards rushing on 19 carries. They also failed to log a sack of quarterback Jimmy Garoppolo after reaching Russell Wilson four times the previous week.

What happened in Cincinnati?

While the Bengals dominated the line of scrimmage in Seattle, San Francisco used misdirection plays that threw off the entire defense. Both defensive end Carlos Dunlap and cornerback William Jackson III admitted to being out-executed, comparing the 49ers game plan to one you might find in a video game.

#Bengals players on the #49ers gameplan:

“They came out with a lot of gadget plays. They used every trick in the book. They clearly play some Madden” CB William Jackson

“It was everything. Pre-snap, post-snap, changing gaps & challenging us on the edge” DE Carlos Dunlap

According to Anarumo, half of the 49ers 572 yards came after missed tackles and screen passes. That’s 286 yards, nearly as many as the 316 yards the Bengals offense had the entire day. Anarumo also said all the right things after an ugly loss like this, citing leverage and angles as reasons for the missed tackles. A deeper look at the Cincinnati roster construct shows that this could also be a personnel issue.

Heading into the season, Cincinnati carried 11 defensive linemen and just four linebackers on the roster. Anarumo is only using two of the four linebackers right now. Nick Vigil and Preston Brown have combined for nearly 100% of the defensive snaps at the position, while defensive end Carl Lawson, Dunlap, and Hubbard are being used as hybrid linebackers. It’s a scheme that backfired in a big way last Sunday, as the Bengals got burned continuously on the edge. The defense remained in a nickel defense nearly the entire game despite the continued gashing by the 49ers run game.

Cincinnati doesn’t have to wait long for the opportunity to show its true colors on defense. This week they travel to Orchard Park, New York to take on the 2-0 Buffalo Bills. The Bills have rushed for 279 yards on 59 carries through two weeks and feature a duo of veteran Frank Gore and rookie Devin Singletary. Add in the mobility of Josh Allen, and his strong arm, and there are reasons to worry.

The Bengals might catch a break as Singletary is currently day-to-day with a hamstring injury. He’s the shifty type of back they struggled with last week and Cincinnati should fare much better if Gore gets the majority of carries.

Week 3 will be revealing for the defense. While the team’s offense can point to injuries on the offensive line and to star receiver A.J. Green for excuses, Anarumo can only look in the mirror as he goes back to the laboratory to fix the issues on defense.

Travis Yates is a writer for PFN covering the Cincinnati Bengals. He is also a co-host of the Fantasy Fixers Podcast for PFN’s Podcast Network. You can follow him @TheTravisYates on Twitter.