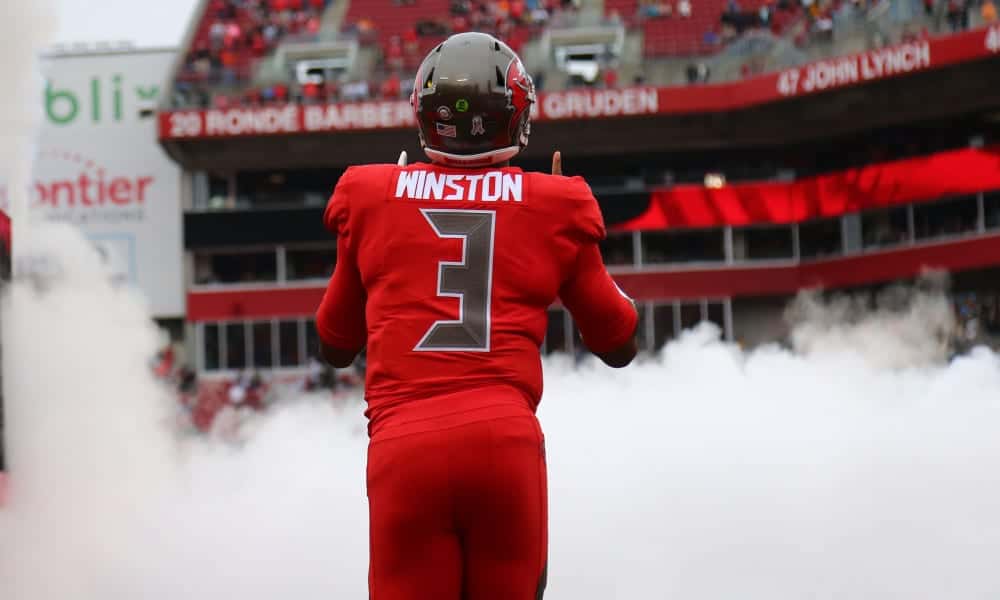 Take one breath down the old streets of Bourbon, and the nostrils will singe. Not just with the aromas of overpriced liquor drinks or the stench of cigar smoke, but rather the wonder of New Orleans, a city down south that never sleeps, which is one of the reasons why Jameis Winston’s move is a perfect fit.

New Orleans is known for its voodoo magic. The spells from the other side could change a person’s life in an instant — for better or worse based on the friend from beyond the world. Perhaps voodoo has helped the success of the man of the center for the New Orleans Saints off Sugar Bowl Drive.

Drew Brees was kicked out of town in San Diego after four seasons with the Chargers. He now sits as the all-time leader in passing touchdowns and yards, along with a Lombardi Trophy in the case.

Teddy Bridgewater was a second option until his stint backing the future Hall of Famer for a pair of seasons. He’ll now have his shot to command the Carolina Panthers at the tune of $63 million.

A match made in heaven?

Now, the Voodoo City could bring life back into the career of Winston, the once highly-touted quarterback who was a “can’t-miss prospect” coming out of Florida State. Sure, he won’t start, but a year in Sean Payton’s program could be enough to thrust him into the starting role once more and prove why Winston fits being in New Orleans.

Time could be the best friend in the swamps of Louisiana.

Winston is far from the “run of the mill” gunslingers found off the market. Drafted with the first selection in 2015 by the Tampa Bay Buccaneers, the former Seminole was fresh off a Heisman Trophy career, a national title, and 72 career touchdowns in a pair of seasons.

Last season, Winston led the league in passing yards with 5,109 and hit a career-high 33 touchdowns. He also became the first quarterback in NFL history to throw 30 interceptions in the same season.

Winston, evident of the mechanical flaws that would lead to six on one drive and a pick-six with the next, never faulted at the question of his mistakes. Even in his final interview following a game-winning interception from Falcons’ Deion Jones, he wanted to better his turnover rate to show the talent he adamantly possessed.

But even a coach known for correcting quarterback conundrums couldn’t compute the mistakes that held the team to a 7-9 record.

“That’s the thing,” Buccaneers coach Bruce Arians said last December. “There’s so much good, and there’s so much outright terrible. So we have to weigh that and see what happens.”

All it took was a three-time MVP to hit the market, and Winston’s stint in Pewter was done. Tom Brady entered the chat, and the former Pro Bowler was removed from the conversation — a common ploy in the world of the ever-growing NFL.

Bridgewater was viewed as a second option heading into 2018. A freak injury in practice just months removed from a postseason appearance forced the Vikings to trade a first-round pick for Philadelphia Eagles’ Sam Bradford. By the time the 2014 first-rounder was healthy, Case Keenum was leading the team to the NFC Championship appearance against Bradford’s old squad.

Signing a one-year deal with the New York Jets, he lasted four games of preseason play before gang green grabbed Sam Darnold and penciled him in as a starter. A sixth-round pick for a third-rounder next season forced the former Viking down to New Orleans, becoming the backup to Brees for a season.

One won’t view it as a positive prediction, but Bridgewater was better for holding the clipboard instead of the pigskin.

“It’s always great to see Drew,” Bridgewater said, following their Week 4 victory over Dallas. “To ask him questions as the game is going on and ask him, ‘What’s something that you’re seeing right now?’ Like I said last week, he mentioned to me at halftime that ‘completions are good.’ Just take completions and exploit the matchups that you like and just play fast. To have him here and his physical presence is a big asset for us.”

Five starts in 2019 transformed into 1,384 yards, nine touchdowns, and two interceptions. Instead of keeping New Orleans afloat, the former first-rounder led the team on a five-game winning streak and into the postseason picture.

That glimpse was enough to have Matt Rhule kick out Cam Newton in favor of a new face in the Queen City. Those five games were enough to hand the reins from MVP to the same-size star.

The reality is, Winston won’t be viewed as the starter, but his potential is beyond the likes of Bridgewater pound for pound. And at the price of $1.1 million for a season (over $6 million less than Bridgewater’s deal), Winston will admit to this being a humbling experience, but it could also let him see why he fits in, in New Orleans.

It’s expectation versus reality when addressing Winston’s future. Much like his career thus far, there’s a laundry list of positives and negatives that make him worthy of adding to your future.

Positive: A NFL-leading passer who could average 450 yards per game. Also, at 26-years-old, the upside for replacing the future Hall of Fame Brees could be enticing.

Negative: One winning season with inconsistent issues passing as zero playoff appearances. A 28-42 record with a completion percentage of 61.3 won’t scream “face of franchise” potential.

The Saints will also have to decide who will be the QB2 on their roster. Following the two-year deal with the 41-year-old Brees, New Orleans signed quarterback/offensive weapon, Taysom Hill, to a two-year $21 million deal earlier this week. Hill, 29, plays a multitude of roles from the offense, including running back, receiver, and gunner on special teams.

Although viewed as the potential “heir” for Brees, Hill has tallied only 119 passing yards in four seasons — a feat Winston has counted more of throwing in the opposite direction.

Will Winston get any playing time this season?

Perhaps the only downside for Winston now will be his playing time. Bridgewater locked in five games due to a thumb injury to Brees that sidelined him a quarter season. Will it happen again to start the new decade?

The isn’t a Bridgewater 2.0, but rather the Jekyll/Hyde situation. The Panthers passer is a safe, stable signal-caller, relying on high passing rates and short shots to eat up the clock. Winston, a more brash and bold pocket-passer, going for the home run swing instead of looking for a double.

But perhaps the efficiency of Brees will brush off on the young quarterback, who recently underwent LASIK eye surgery to improve his vision. And if that’s the case, perhaps New Orleans has their future in a year of evaluations — from highs to lows and dissecting the problem that’s never been found, this could be why Winston fits New Orleans.

“Being a part of the New Orleans Saints, being a part with Drew Brees, Taysom Hill, Sean Payton, coach Joe Lombardi, coach Pete Carmichael. When you think about that room, that’s like a Harvard education in quarterback school,” Winston said Tuesday evening.

Can Winston regain the shine of the number one pick?

Perhaps the Ivy League play-calling will be the reason Winston returns to No.1 form — or maybe it’s the bayou magic of New Orleans. Either way, the cards are on the table for the gunslinger; let’s see if the voodoo plays in his favor and allows everyone to understand why Winston fits New Orleans.