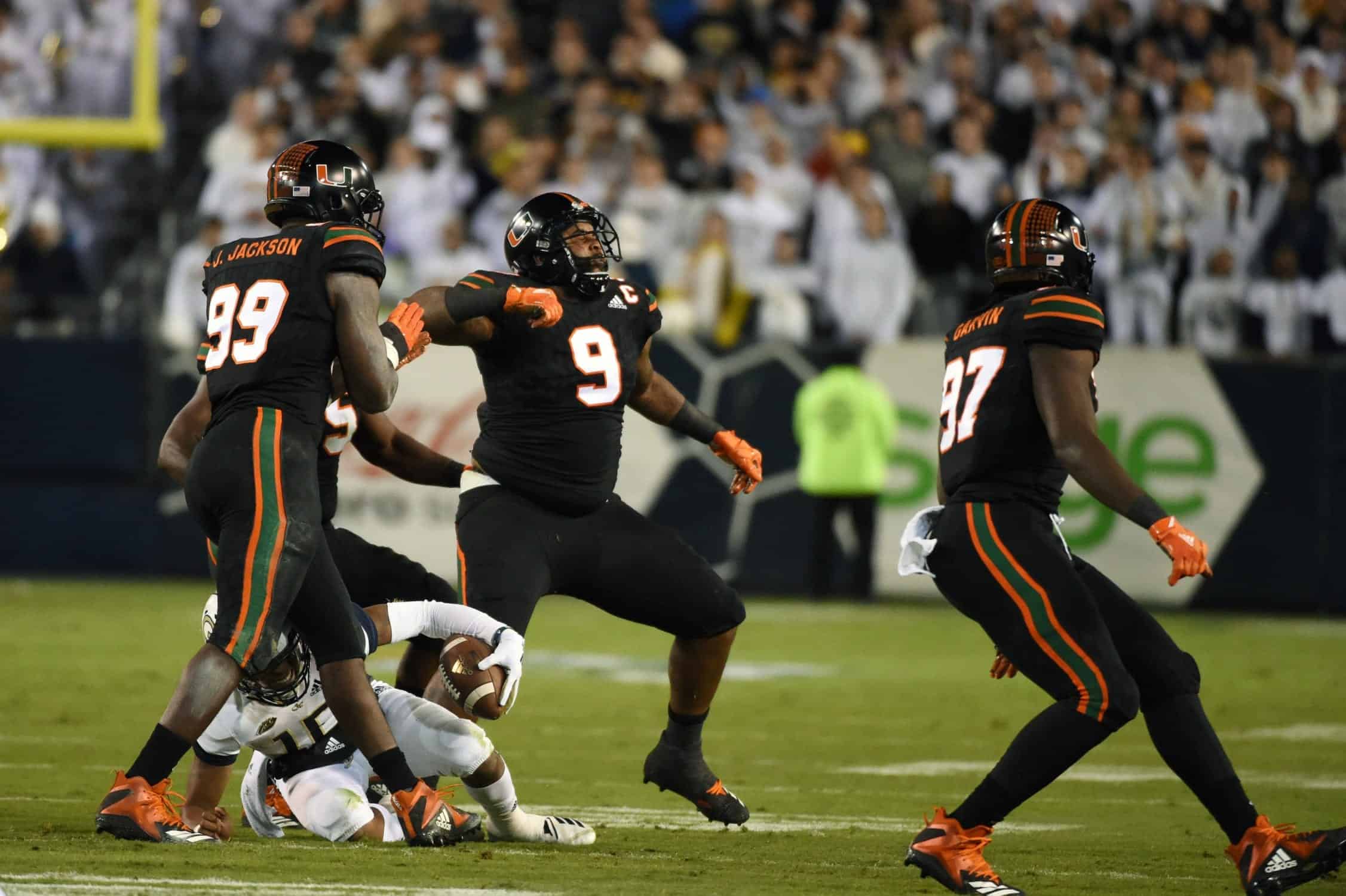 The Baltimore Ravens, like every team, supplement their NFL Draft haul by signing undrafted free agents (UDFAs). These players can be diamonds in the rough for the Ravens, especially if they make the 53-man roster come September.

Even though the Baltimore Ravens had eight selections in the 2019 NFL Draft, history suggests that they’ll complement those picks with UDFAs that make the team. The Ravens are well known in getting the most out of their undrafted free agents as Michael Pierce (2016), Matt Skura (2017), and Gus Edwards (2018) have all contributed in key roles in the past. This offseason, Baltimore will look to keep that trend going, and one or two of these players are surely candidates to outplay their undrafted label.

Somehow, whether it was due to off-field concerns or injury issues, Miami (FL.) defensive tackle Gerald Willis III fell out of the whole draft as he was regarded as a day two or three pick by most draft pundits. Willis is ready to play defensive end in a 3-4 for the Ravens as he can replace Brent Urban, who left in free agency. Willis had 18 tackles for loss and four sacks for the Hurricanes as a 6’2″ 302 lbs. redshirt senior. He is a prime candidate to make the roster with a skill set that includes third-down pass rusher with upside.

With Patrick “Peanut” Onwuasor and Kenny Young as the starting inside linebackers, ILB wasn’t a pressing need. With the lack of depth at that position, however, it’s logical to keep a UDFA to play special teams as a depth player. Texas A&M linebacker Otaro Alaka has some upside at 6’3″ 239 lbs. He had 260 total tackles, with 36.5 tackles for loss and five forced fumbles as an Aggie. Due to a lack of coverage and ball skills though, (only 1 interception in college), redshirt senior Alaka most likely would not start but could be a role player as a run defender.

At 6’4″ 206 lbs., Texas Tech wide receiver Antoine Wesley was someone who would get drafted on day three but the Ravens grab this UDFA receiver with upside. Wesley was a one year wonder with 1,410 yards and nine receiving touchdowns but has good quickness in his routes for his size. He is rail thin, and the junior needs to bulk up to translate his playmaking skills. With a strong preseason, he could threaten the jobs of Jaleel Scott, Jordan Lasley, and Quincy Adeboyejo. More than anything, if Baltimore wants quarterback Lamar Jackson to take a step forward, they need to give him weapons to help him succeed. Wesley should get a good chance to make the roster and play.

Just like former Raven Zachary Orr, Baltimore brought in fellow North Texas linebacker E.J. Ejiya as an undrafted rookie. The 6’1″ 235 lb. redshirt senior gives them solid versatility, with “hair on fire” play. The Mean Green linebacker had 272 total tackles, 41 tackles for loss, and 16 sacks. Ejiya could play inside or potentially outside as depth and a special teams player initially. It wouldn’t be surprising if Ejiya makes the roster as a blitzing linebacker, almost the opposite of Alaka. He could pair well with third-round pick Jaylon Ferguson.

Baltimore picked up Lamar Jackson’s former teammate Jaylen Smith. Smith already has an established connection with Jackson that could elevate his stock if he shows it on the field. The 6’2″ 219 lbs. senior receiver showed a dip in production after Jackson left in his junior year. He had 980 receiving yards in 2017 and had 13 total touchdowns with Jackson from 2016 to 2017. Smith has some size and speed that makes him an intriguing player on the outside. For him to make the roster, he will have to show better consistency in camp than he did in college. Fortunately, you can’t teach chemistry, and Smith has it with the Ravens starting QB. The Ravens are also in need of receivers, so Smith, like Wesley, should get a fair shot.