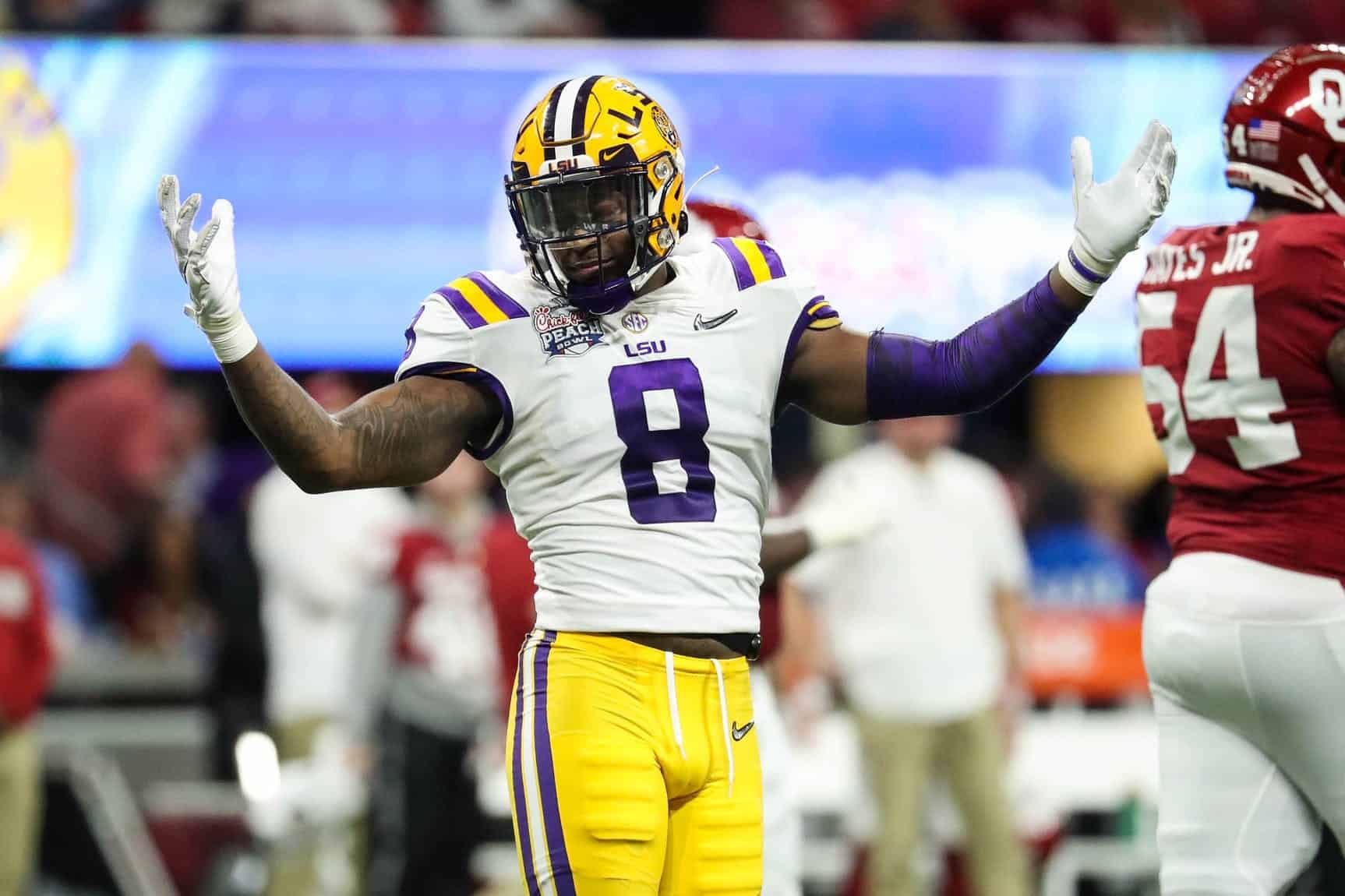 The Baltimore Ravens looked like the best team in the league for the majority of the 2019 season. However, their tremendous run last year ended with a loss in the Wild Card round against the Tennessee Titans. The Ravens used the 2020 NFL Draft to add some offensive weapons while also fortifying their defensive front, and those impactful changes are reflected in their overall draft grade.

Below, I look at how the Ravens 2020 Draft class grades out. I will take a look at their best selections throughout the draft weekend, and I will also include some of their more head-scratching calls. There is no doubt that the team used their ten picks wisely and have improved their outlook on the 2020 season. The Ravens are ready to take that next step as one of the truly elite AFC teams moving forward and get to the Super Bowl this season.

Who did the Baltimore Ravens draft?

The first-round selection of LSU linebacker Patrick Queen is a perfect microcosm of what made the Ravens and General Manager Eric DeCosta so successful in the NFL draft process. They do a tremendous job as a team of identifying the best talent available and matching that with a need, when applicable. In this case, one could argue Queen was the best overall player on the entire board when Baltimore selected. See Queen’s message to Ravens’ fans below after the team selected him with the 28th overall pick.

Queen is a speedy, run and chase linebacker that will likely slot inside for the Ravens and start from day one. He is another in a long line of great linebackers produced by the Tigers recently, such as Deion Jones, Devin White, and Kwon Alexander. Queen should be one of the early favorites for defensive rookie of the year, and it appears that Baltimore hit a home run with their first pick.

The choice for the Ravens’ best value came down to Malik Harrison and J.K. Dobbins. Both Ohio State teammates represented tremendous value for the team where they were selected. However, the nod goes to Harrison due to the immediate need at the position. Harrison is a big outside linebacker prospect with excellent speed that profiled as a late second or early third-round pick.

Baltimore capitalized on Harrison’s fall towards the end of the third round and made him their selection at number 98 overall. His aggressive mentality will fit in perfectly in Baltimore as a defender that plays downhill and has experience at each linebacker position. There is also a very likely chance that Harrison starts next to Queen as a rookie, which upgrades the Ravens’ draft grade significantly.

The Ravens had a significant need on the offensive line this offseason following the retirement of Pro Bowl guard Marshall Yanda. Inside starters, Bradley Bozeman and Ben Powers are still young, but the team needed some competition in the interior, so they selected Phillips with their final third-round pick. Phillips is a former college tackle and powerful run-blocker that profiles to move inside at the next level.

While I understand the need for the Ravens, I did not see the value at this spot. Phillips could compete to start right away, but he projected a full round or even two rounds later than where Baltimore selected him. Reaching for a player to fill a need is unlike the Ravens, and taking Phillips in the third round had a negative effect overall on the team’s draft grade.

The sixth round is an excellent spot for teams to take a chance on players with sleeper potential, and the Ravens nailed that here with Proche out of SMU. Proche is a player that should have gone much higher based on his college production and ability to contribute right away in the NFL. Proche just completed back-to-back seasons of at least 93 catches for over 1,100 yards and an average of 12 touchdowns per season.

The former SMU Mustang offers excellent return ability as well as value from the slot. He has some of the best hands in the draft and should compete with Duvernay to play a ton of snaps right away as a rookie in 2020. Even with a host of other great draft picks for the Ravens, Proche may be the best of the bunch and has a chance to make a significant impact for this Baltimore offense in 2020.

By all accounts, the Ravens had an extremely solid NFL Draft and added one of the top talent groups of the entire league. They added starters and substantial contributors throughout, while seemingly keeping the best player available approach. One of my biggest concerns is how often Dobbins will see the field during his rookie year behind Mark Ingram, Gus Edwards, and Justice Hill. He is a very talented player, but Ingram and Edwards played very well last season, while Hill remains a young player with a ton of upside.

Phillips seemed like a bit of a reach in the third round with better talents available, but the team made up for it with the selection of Michigan offensive guard Ben Bredeson in the fifth round (number 143 overall). Overall, this was one of the better draft classes assembled, and the Ravens continue to be one of the more successful franchises in the league at finding and developing talent through the NFL Draft.