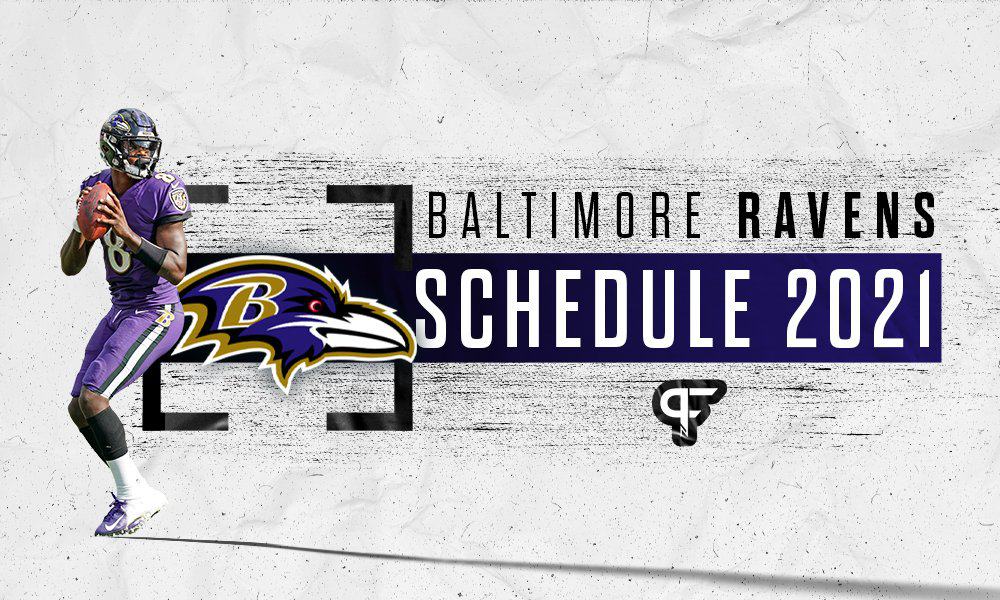 What is the Baltimore Ravens’ 2021 NFL schedule, how many primetime games do they play, and who are the toughest and easiest opponents on their schedule this season?

PS1: vs. Saints
PS2: at Panthers
PS3: at Washington

How many primetime games do the Ravens play in 2021?

The Ravens will play five primetime games in 2021. They will be against the Raiders in Week 1, the Chiefs in Week 2, the Colts in Week 5, the Dolphins in Week 10, and the Browns in Week 12.

When is the Ravens’ bye week?

The Ravens’ bye will be in Week 8.

With the 13th toughest schedule in the 2021 NFL season, the Ravens are intriguingly poised. The positive is that they have the second easiest road schedule, giving them a great opportunity to pick up valuable wins away from home. At home, however, their schedule ranks as the third toughest in the league.

The 2021 NFL schedule will see the Ravens play four games against teams projected to win 10 or more games. Thankfully, all four of those games come at home as they all were playoff teams in 2020. They are the Kansas City Chiefs, Indianapolis Colts, Green Bay Packers, and Los Angeles Rams.

The Chiefs are Ravens’ battles have garnered huge intrigue since Lamar Jackson and Patrick Mahomes were drafted. The Chiefs have had the Ravens number in each of the last three seasons. That is a pattern the Ravens will be hoping to reverse in 2021.

2020 saw the Ravens manhandle the Colts 24-10, so Baltimore will be confident of a result on home soil. This will be the first time the Jackson-led Ravens have faced the Packers, and that game will very much depend on the availability of Aaron Rodgers. The Ravens’ “17th game” will seem them host the Rams. In 2019, Baltimore beat the Rams 45-6 in Los Angeles, with Jackson throwing 5 touchdowns.

Not a single one of the Ravens’ road opponents on their 2021 schedule are expected to win double-digit games. Three games are against teams projected to win seven games or fewer. They will also play one game at home against a team projected to win just five games.

The Ravens will have two meetings against the Cincinnati Bengals. Baltimore has won five straight against Cincinnati and allowed them to score a combined six points in the two matchups last season. Even with Joe Burrow expected back under center in 2021, the Ravens will be confident of sweeping the Bengals once again.

The Ravens will also matchups with the Chicago Bears and Detroit Lions. Facing the Bears in Chicago is always tough, but the Ravens’ offense is well suited to playing in whatever conditions Soldier Field throws their way in that matchup. The Lions are somewhat of an unknown, but the Ravens should be confident of coming away from that matchup with a victory.

The Ravens’ 2021 schedule is by no means easy, but they have a roster capable of beating any opponent. The games within their division against the Cleveland Browns and Pittsburgh Steelers will be crucial for the Ravens to have their eyes on the No. 1 seed.

Overall, this schedule has plenty of opportunities for Baltimore to string together victories. It is hard to see teams stopping Jackson and this offense on a consistent basis. The biggest question surrounding Baltimore is really whether they can string together wins in the playoffs in 2021?