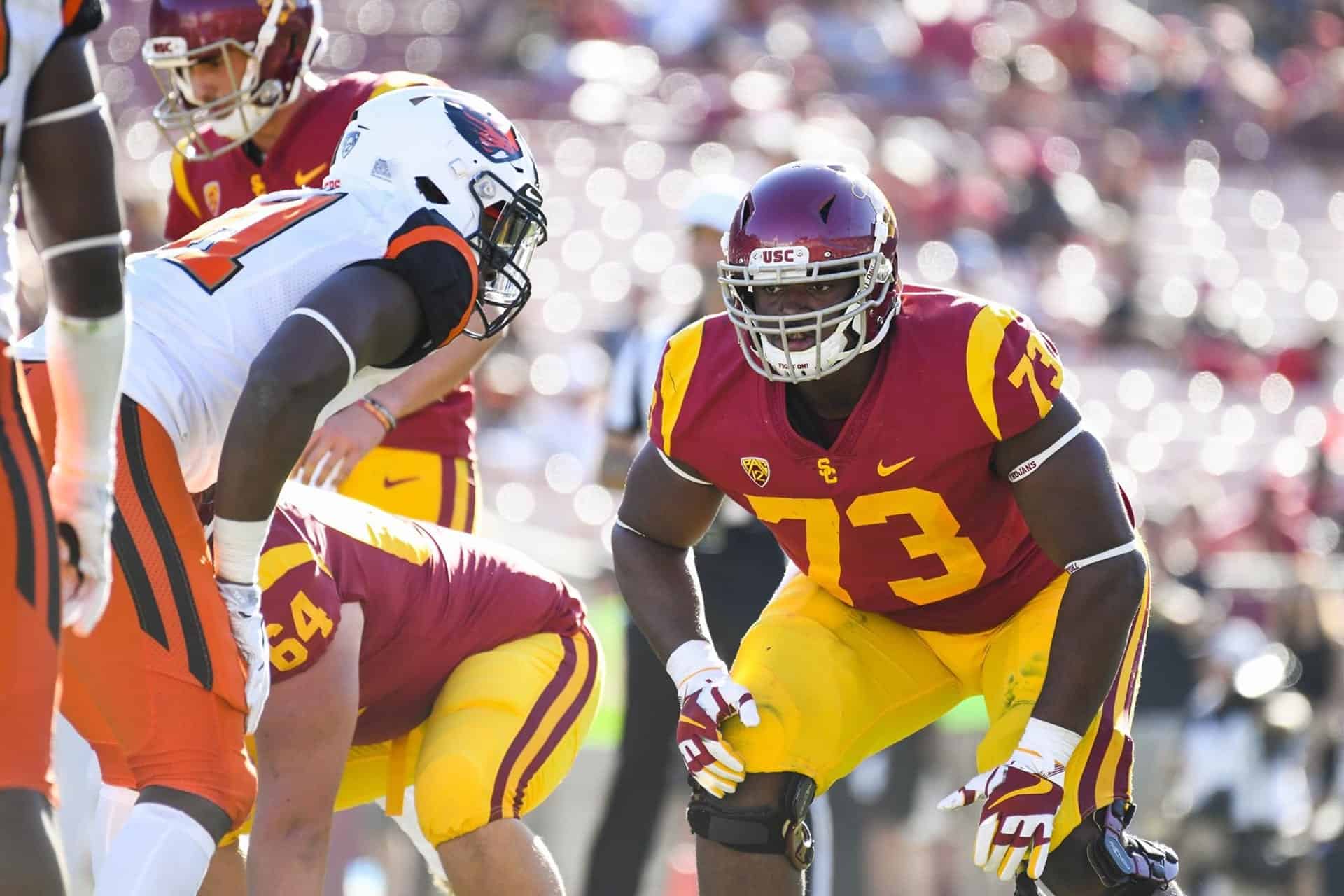 The Pac-12 has had some elite NFL talent to offer in the last few NFL Drafts. From Andre Dillard and N’Keal Harry to Sam Darnold and Christian McCaffrey, the Pac-12 has produced top-tier talents for years. This season, the Pac-12 again boasts established talent with players like Justin Herbert, but the conference offers an intriguing depth of talented breakout draft prospects this season.

After N’Keal Harry left for the 2019 season, many people speculated about how far the Arizona State passing game would fall. Brandon Aiyuk heard and accepted the challenge and has completely dominated Harry’s absence. He capped off an already impressive season with a 7-161-1 game against Oregon this past week and ended their playoff hopes. He’s a tremendous weapon post-catch with traits and upside to grow as a route-runner. I think he’s a solid day two option for a team needing a speed threat on the outside.

Earlier this season, I wrote about how Bernard can become a top-50 draft selection. Utah’s defense has been suffocating the hapless Pac-12 offenses all season long, and Bernard is a huge reason why. The fact that he wasn’t named a semi-finalist for the Butkus Award should be a criminal offense. He’s instinctive, smart, and his attacking physicality fits well at the next level. At worst, he’ll be a phenomenal special teams player.

Julian Blackmon has most of the hype, but Burgess has been the better Utah safety this season. He’s a versatile defensive back with great ball skills and physicality. Burgess does not fit the single-high style safety mold that former Utah safeties Marcus Williams and Marquise Blair offered. Still, he is a starting-caliber NFL safety who can drop in to play nickel in 3-safety packages.

Another year, another Mike Leach quarterback. The passing numbers for Gordon are staggering with 45 passing touchdowns and 4,920 passing yards, both of which are leading the country. The gap between him and Joe Burrow in passing yards (1 and 2) is just about the same gap between Burrow, and Sam Ehlinger, who is ranked 13th.

Gordon is one of the more intriguing options of the Pac-12 breakout players, because of his upside. His arm talent lets Gordon throw at all levels of the field, and he operates well in the Mike Leach system. His mental game and his understanding of the offense as a first-year starter is impressive, but his inexperience can bite him with some boneheaded decisions and interceptions. His game is ugly at times from a mechanical standpoint, but that has not held back his production. Gordon makes some serious ‘wow’ plays. I would love to see him in the Senior Bowl. I think Gordon has a shot at getting drafted on day two or at the very least, early day three if a team banks on his physical talent . Teams are starting to learn from the Mike Leach model.

The Cal defensive room has several legit NFL talents with Ashtyn Davis, Camryn Bynum, and Evan Weaver, but another defensive back has me intrigued as well. Hawkins isn’t really a “breakout” prospect, as he led the Pac-12 in interceptions last year, but it seems like he’s finally getting NFL traction this year as a redshirt senior. He’s a versatile player with solid coverage and ball skills. In a rather pedestrian safety class, Hawkins is a prospect to invest in.

Hodgins is an intriguing option at the receiver position. While he isn’t as twitchy or dynamic as Aiyuk above, Hodgins can eat up grass quick with great long speed, and he thrives in contested catch situations. He uses his 6-foot-4 frame well and has excellent hands and concentration to attack the ball in 50/50 situations. I compare him to current Los Angeles Ram WR Josh Reynolds.

Jackson has been one of the fastest-rising prospects of this college football season, and I couldn’t leave him off the list of the best Pac-12 breakout players. He’s got prototypical length and athleticism, and I think his passing sets, while not perfect, showcase a lot of traits that can be built on. I would like to see him be better in run blocking and dealing with power, but Jackson’s traits show his legit upside.

Lenoir has been a proven player, but this season is one where his stock has really elevated. He’s feisty, physical, and tough in coverage. Lenoir has been a leader on the Oregon defense this season. While I wouldn’t say Lenoir is an elite athlete, Lenoir has good speed to turn and run with receivers. I think he would be a perfect fit as a nickel defender at the next level.

A Senior Bowl invitee, Pittman has had a sensational season for the Trojans and joins a long list of other talented USC wide receivers to hit the NFL. He’s a good athlete with a knack for making the tough catches. I like the extra work he does as a physical run blocker, and he doesn’t shy away from contact in this area. I think Pittman would work best as a big slot weapon and should get frequent red-zone targets.

Another Senior Bowl player, Taylor is an intriguing style player and probably the most exciting option of the Pac-12 breakout players. Taylor has a unique backstory and has only played football for a few seasons, yet shows incredible traits. If a team is looking for athletic upside and length in coverage, Taylor should be a target for them, and I could see him going early. He plays the STAR role for Colorado, which is a linebacker/safety hybrid for the Buffs defense. Taylor has the upside to be a unique weapon in the NFL if he gets developed right.