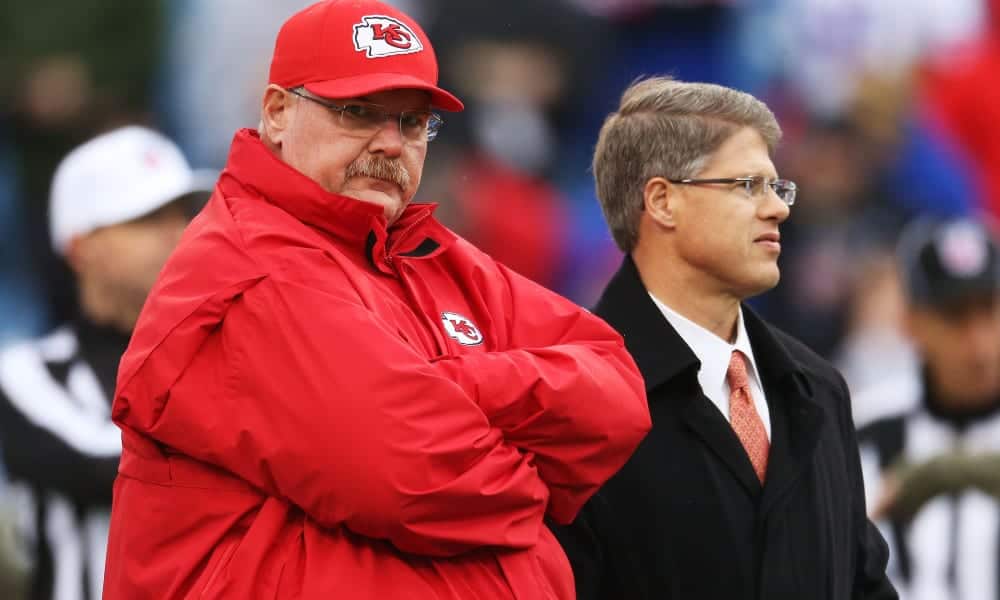 Fans are constantly told to be positive. We are told it’s healthy, but sometimes— it’s fun to be just a little negative. One of the best parts of sports, especially the NFL, is complaining about how bad your team is or could be. Therefore, if you are a fan of a team in the AFC West, join the dark side and let your inner negativity take over.

The offseason can bring hope to a lot of fanbases. New signings, new coaches, and new draft picks. If you’re one of those fans who have that bright sense of hope for your team in 2019— yikes. If you’re thinking about going into the start of training camp with a glass half full approach, pour the water out and let’s get real.

Before the season starts and a wave of reality hits you that your team may not be what you think it is, this story is your wake up call. Read the next sentence, and read it closely— your team is not going to win the Super Bowl in 2019.

Again for those of you who skipped over the last paragraph— your team is not going to win the Super Bowl in 2019.

If you have lofty championship aspirations for your team, it is my job to talk you down. Now, if your team does do well, then it will be a surprise. But if they fail, you’ll be prepared.

Next up in Pro Football Network’s series about why your team won’t win the Super Bowl— The AFC West.

It’s hard to hate on Patrick Mahomes and the Kansas City Chiefs, but here we are. Ever heard of a sophomore slump, Patrick? I know Mahomes is technically heading into his third season, but matching his first season as a starter will be tough and that still wasn’t good enough for a championship. The other 31 teams in the NFL will be better prepared for Mahomes no-look passes.

Speaking of pressure, Andy Reid may be under the most pressure he’s faced in his career. Reid hasn’t handled pressure well over his career. There’s no doubt the Chiefs have Super Bowl aspirations, but can Reid handle that?

Outside of the pressure to perform in a do-or-die season, the Chiefs still have question marks surrounding their secondary. Yes, they signed Tyrann Mathieu and drafted Juan Thornhill. But are they enough to save a defense that allowed 30 touchdowns through the air and the second-most passing yards in the NFL?

There’s no doubt that the Chiefs should be Super Bowl favorites, but can they live up to championship expectations?

Tearing down a Super Bowl favorite, part two— Los Angeles Chargers edition. The AFC will be a dog fight at the top. With all that fire power, where do you rank the Chargers? Patriots, Chiefs, Colts…. so where do you rank the Chargers? Do they have a legit shot at being the best out of this group? Are they even the best team in the AFC West? Maybe.

It starts with Phillip Rivers. Rivers wasn’t able to get it done in a career season last year, so why could he do it this year? The Chargers are getting back Hunter Henry, but are still without Melvin Gordon as he is holding out. Austin Ekeler is no slouch, but can he match 14 total touchdowns?

Is 2019-20 the year the Chargers and Rivers finally get the job done? Remember, we are being negative, so no— 2019 is definitely not their year.

The Oakland Raiders are the NFL’s version of a gimmick. Jon Gruden, Antonio Brown, Richie Incognito, Vontaze Burfict and the list goes on and on. Fun, yes, but serious Super Bowl contender? No.

The Raiders have so many off the field issues that their on-field flaws, the ones that will stop them from making a run at the Lombardi Trophy, are being overlooked. First, the cast of characters mentioned above will at some point put the character of that locker room in question.

Second, has any team on Hard Knocks ever made it to the Super Bowl? There’s a reason HBO follows teams that are at the bottom of the league every year. Lastly, this team is about to break up with one of the best football towns in the country in their move to Las Vegas. Karma anyone?

Did I even mention the Raiders have the league’s toughest schedule, highlighted by their AFC West foes? They also don’t play a game in Oakland from September 22 to November 5. Have fun with that.

Alright, I would be remiss if I didn’t mention the fact that the Raiders had the league’s worst pass rush last season with 13.0 total sacks. For those counting at home that’s 17 less than the next-worst team. Yikes.

Is Joe Flacco elite? No, John Elway, he is not. What makes this situation sad is the Broncos have a fun group of young weapons with Noah Fant, Courtland Sutton, DaeSean Hamilton, and Phillip Lindsay. But we’re at a point where we have to question if Flacco can get them the ball. The Broncos have upgraded their offensive line and should have some firepower on offense if Flacco is okay. But Super Bowl? Really? Come on now.

On the defensive side of the football, the Broncos will still be nasty with Von Miller and Bradley Chubb. There are some questions, though, at other levels of their defense. Can Bryce Callahan and Chris Harris Jr. hold the seven together? They will be tested in a division that is packed full of high powered offenses.

Speaking of tough schedules, the Broncos come in right behind the Raiders with the second-toughest schedule of 2019. Put all that together with Vic Fangio in his first year as a head coach, the Broncos might be in some trouble.