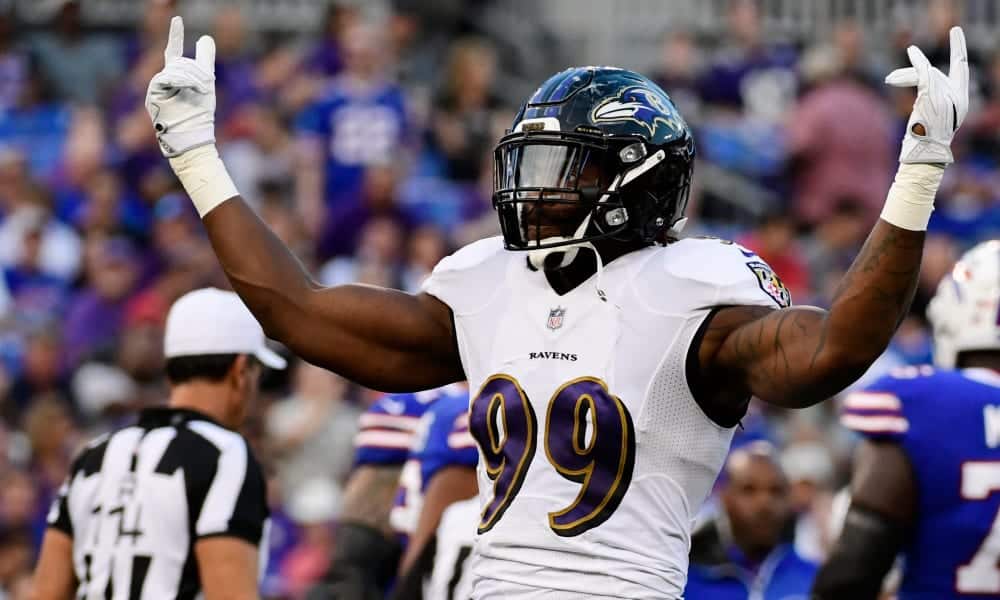 With the 2019 NFL season over, each team now looks towards the future. What went well in 2019? What didn’t? Are there improvements that can be made in 2020? Using PFN’s Offensive Share Metric (OSM), in conjunction with NFL Next Gen Stats, we’ll take a look at each AFC team’s most pressing needs as they prepare for free agency and the 2020 NFL Draft.

For a true apples-to-apples comparison, we’ll only consider OSM as it relates to the regular season and exclude the minimum and maximum OSM scores in each category to avoid anomalies (e.g. Saquon Barkley’s -184 OSM in Week 10 against the New York Jets). The greatest need for each AFC team in free agency or the NFL draft, as listed below, is determined by the largest variance to the average OSM (or OSM allowed) for that position.

The Bills defense ranked 12th overall based on OSM allowed to opponents but was 28th against the run. Opposing running backs had virtually the same efficiency and yards per carry, regardless of how often the box was stacked with eight men. The Bills ranked 30th in efficiency allowed and 24th in yards per carry allowed, indicating running backs more often attacked, and beat, front line defenders.

The Dolphins had a very poor pass rush in 2019. The average time to throw for an opposing quarterback was 2.91 seconds, second-worst in the league. Coupled with the worst average completed air yards allowed, the Dolphins ranked last in quarterback OSM allowed. They still need to find a disruptive pass rusher to replace Cameron Wake after letting him walk last year.

The GOAT may end up a sacrificial lamb. Granted, he was lacking a big-bodied tight end like Rob Gronkowski this season, but Tom Brady turned out to be the weakest link for the Patriots offense in 2019. Brady finished the regular season as QB29 per OSM and failed to complete 60% of his passes in eight games. Of the 26 quarterbacks that made at least 400 attempts in 2019, his intended air yards ranked fifth-worst and completion % ranked sixth-worst.

There have been rumors swirling that the Jets may end up trading Le’Veon Bell before the 2020 season starts. That’s not too far-fetched considering his overall OSM was 42nd in the league, third-worst of those averaging 10 carries or more per game. His efficiency and average yards per carry were both second to last, behind only Devonta Freeman and Peyton Barber, respectively.

There are not many positions the Ravens need to improve upon heading into the 2020 season. However, OSM allowed to both the quarterback and tight end position was higher than average. This suggests the need for a dual-threat defensive end/outside linebacker that can both blitz and drop into coverage. This becomes even more of a priority if the Ravens let Matthew Judon enter free agency.

Joe Mixon had a great season in terms of yards, eighth overall. However, he’s the only running back with more than 10 carries per game that has faced eight men in the box less than 8% of the time. The average running back sees pressure like that nearly three times as much, yet Mixon’s efficiency falls below average. At a minimum, the Bengals need a complimentary back that can run downhill.

Outside of their pass rush, the Browns need help across the board, primarily on offense. Each offensive skill position fell below the average for OSM and a lot of that has to do with the blocking upfront. For instance, despite nearly 1,500 yards on the ground, Nick Chubb spent way too much time behind the line of scrimmage, 2.98 seconds on average, helping with protection and waiting for holes to open.

The Steelers appear to have a few decent options at quarterback – as backups. Devlin Hodges and Mason Rudolph proved to be capable of playing at a high-level but failed to show consistency throughout the season, failing to reach the average OSM for a quarterback in eleven games. Even if Ben Roethlisberger remains healthy next year, the Steelers need to find his suitor and they need to find him now.

In games where opposing running backs had a better than average efficiency – meaning they ran more downhill – the average yards per carry increased from 3.3 to 5.6. If they continue with a primarily 3-4 defense, the Texans need an inside linebacker than can shed blockers and get to the running back sooner.

With Andrew Luck retiring, seemingly out of the blue, Jacoby Brissett was thrown to the wolves in 2019. It’s not all his fault but the Colts need to find a suitable replacement for Luck, as Brissett ranked last overall with an OSM of 16.5. Of the 26 quarterbacks who passed over 400 times during the regular season, Brissett ranked last in yards, second to last in completed air yards, and second to last in expected completion % variance – even though he had the second most time to throw.

When all is said and done, the #broomchallenge will likely outlast Minshew Mania. Gardner Minshew played great during the first half of the season but failed to break into the Top 20 after replacing Nick Foles as the starter in Week 13. In those final five games, he posted a 59% completion rate, nearly 10% below his expected value and finished the season just ahead of Jacoby Brissett with an OSM of 17.6, 37th in the league.

Like the Ravens, the Titans don’t have a lot to improve upon, especially on the offensive side of the ball – unless, of course, they fail to secure Ryan Tannehill or Derrick Henry during the offseason. Defensively, they were weakest against wide receivers. Although the cushion they gave was below average, the Titans allowed the fourth most separation and sixth most intended air yards to opposing receivers contributing to an above-average catch rate.

Tight end has a larger variance than wide receiver for the Broncos, compared to the average OSM. However, the tight end is not utilized a ton in the Broncos offense – Noah Fant was targeted more than five times in just two games in 2019. He made the best of his chances though, leading the league in yards after catch for tight ends. With only two receivers – DaeSean Hamilton and Courtland Sutton – qualifying for overall OSM grades, both of whom had a below-average OSM and catch rate, the primary focus should be adding to the receiving corp. The Broncos are an AFC team that need to be active in free agency.

This is a little bit of a shocker for the newly crowned Super Bowl champions, but the quarterback and running back positions were both below average per OSM. One would assume protection along the line would need to improve the most but Damien Williams’ inefficiency as a running back is the biggest concern. He is great as a pass-catcher out of the backfield but his inability to run downhill contributed to the Chiefs falling behind in each of their playoff games. If the Chiefs want to repeat as champions, they’ll need to find that downhill complement to Williams in order to control the pace of the game.

Austin Ekeler and Melvin Gordon had very poor OSM grades in 2019, both falling in the Bottom 10 of 48 eligible running backs. Coupled with Philip Rivers having the fifth-worst time to throw in the league – despite having the eighth-best OSM grade for a quarterback – it’s obvious that protection along the line was lacking this season. Perhaps a left tackle would be best to aid in the development of Rivers’ replacement at quarterback.

Whether each AFC team focuses on free agency or the NFL draft to fill their needs, general managers and coaches will work in unison over the next few months to balance their rosters. OSM is a great indicator of how players succeed (or fail) during the play, which can be more insightful than box score stats, especially during the off-season.

Next week, we’ll set the AFC aside and focus on NFC team needs heading into free agency and the 2020 NFL Draft. In the meantime, for more NFL news and analysis, be sure to follow Pro Football Network on Facebook and on Twitter @pfn365.