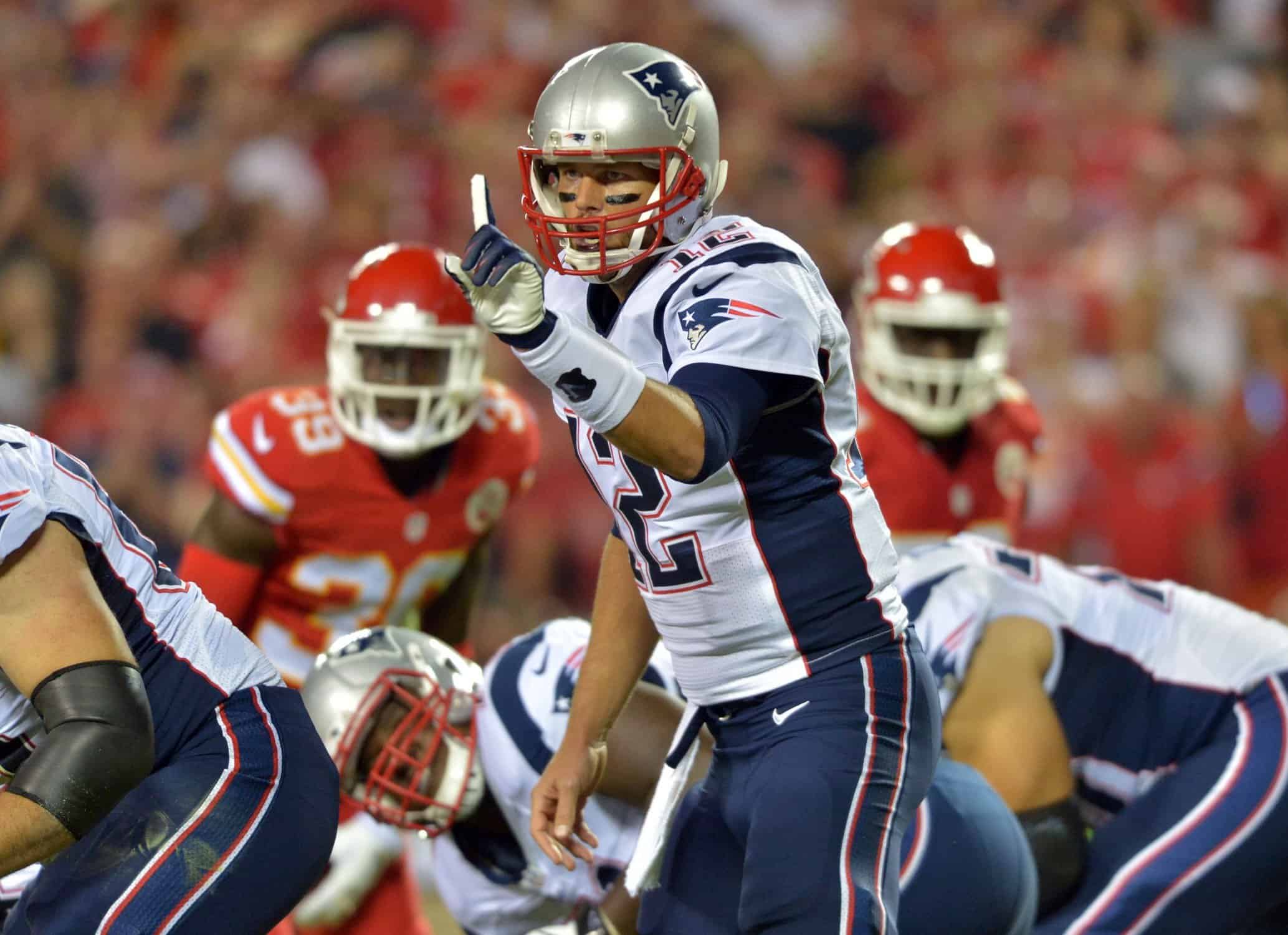 In case you haven’t heard, Tom Brady is old. He has also been the overlord of the AFC East for nearly two decades. While the Dolphins are still trying to decide on a starter between Ryan Fitzpatrick and Josh Rosen, at some point, Rosen will take over the job. Once that happens, the three non-New England teams in the AFC East will all be starting a quarterback taken in the first round of the 2018 draft.

The easy narrative is Brady is bound to fall off at some point. Once that happens, can Rosen, Sam Darnold, or Josh Allen make a sophomore leap to take the reigns as the best QB in the division? Is there any evidence to back up this hypothesis?

We’ve touched upon this before. What Brady is doing is unprecedented. No QB in NFL history has played at this level at such an advanced age. As a result, there aren’t good historical comparisons to look at when trying to decide if Brady is living on borrowed time.

Our prior research concluded the idea that quarterbacks fall off a cliff without warning late in their careers is merely an unsubstantiated narrative. That bodes well for Brady’s 2019 outlook. There also haven’t been any indicators that he’s slowing down.

His yards, yards per attempt, touchdown rate, interception rate, and completion percentage in 2018 were all in line with his career norms. Furthermore, he was still atop the leader board in all of the major advanced QB metrics:

By any measure, Brady was a top ten QB in 2018. If you’re the rest of the AFC East, the above paragraphs must be physically exhausting to read. Still, prognosticating how Brady will play in 2019 is a fool’s errand. No one knows. Until proven otherwise, the best bet is Brady will be the best QB in his division.

Darnold had a rough rookie season, though he did show improvement late in the year. Here are his numbers in the same categories demonstrated for Brady:

Darnold was an inaccurate passer in his rookie season, evidenced by his 28th ranking in adjusted completion percentage among quarterbacks with at least 356 dropbacks in 2018. Among quarterbacks that attempted at least 26 deep passes (at least 20 yards downfield) last year, Darnold was 29th in adjusted accuracy. When under pressure, Darnold struggled with the 27th best adjusted accuracy and posted the second-worst passer rating when feeling the heat.

Still, Darnold is loaded with upside. Of the 2018 quarterbacks that find themselves in the AFC East, Darnold was the first one selected for a reason. Just ask Dan Orlovsky.

Whatever you think about Orlovsky or his fawning over Darnold in the above video, that throw is incredible. Darnold throws a pinpoint accurate pass downfield into tight coverage without properly setting his feet or properly stepping into the throw. While Brady is the favorite to be the best QB in the AFC East in 2019, Darnold is the favorite to hold that title the longest once the Patriots’ empire finally comes to a conclusion.

Like Darnold, Allen struggled as a rookie. Here is how Allen ranked in the five major quarterback metrics:

Among 30 quarterbacks with a minimum of 374 dropbacks last season, Allen ranked last in adjusted completion percentage. The big arm didn’t help when pushing the ball down the field either. Among 33 quarterbacks to attempt at least 26 deep pass attempts in 2018, Allen finished 26th in adjusted accuracy.

The major difference between Allen and Darnold is Darnold posted a higher level of play in college. While this provides a precedent that Darnold is capable of greater things, Allen appears to be simply in line with what he truly is.

However, that includes flashes of exceptional play. For those of you that have a life, you most likely missed the full Josh Allen experience against Central Michigan.

The entire theory of the case for Allen is on display at the 0:34 mark. Look at the velocity on that ball. The pass is exactly where it needs to be. There aren’t many quarterbacks alive that can make that throw, due to the necessary arm strength.

Allen also showed well in week two of the preseason against the Panthers. He was accurate to all levels of the field:

Rosen is the newcomer to the division and the lone quarterback likely to start the season on the bench. Logic dictates, however, that by midseason Rosen will become the starter. Here is how Rosen ranked in the five major quarterback metrics in 2018:

Needless to say, Rosen did not have a good rookie season. Much can be chalked up to Arizona’s offensive line. However, Rosen has the unfortunate luck of going from a bottom-three offensive line in 2018, to ProFootballFocus’ projected worst offensive line for 2019.

There is still a lot to like about Rosen. Shane Tyler broke down Rosen after the trade to Miami. Since Tyler already did a phenomenal job examining Rosen, we will take this opportunity to highlight some throws that didn’t make it into the article.

Rosen knows he is going to get blasted. He doesn’t flinch at all. He stands there and delivers an absolute dime that travels 50 yards in the air into perfect coverage. If he misses short even a little bit, the defender is there to break up the pass. Hell, the defender was there to instantaneously make the tackle.

Rosen also looked very good in week three of the preseason. While it did come in the second half against questionable competition, Rosen was consistently accurate and displayed surprising mobility. He finished the game 5/7 for 59 yards with an 8.4 yards per attempt, to go along with 4 rushes for 23 yards. Those aren’t eye-popping numbers (although in Rosen’s case, perhaps the 4 for 23 rushing line is), but it demonstrates he was in control of the offense and making the proper decisions.

Brady should be assumed to be the best QB in the AFC East until proven otherwise. Sure, he is 42 years old, but the idea that quarterbacks fall off a cliff late in their careers without warning is nothing but narrative street. He looked perfectly fine against the Panthers during week three of the preseason without his full array of weaponry.

The race between the 2018 first-round quarterbacks is fascinating. Sixteen months ago each of them was a top ten pick in the NFL draft, and now they’re all the hopes and dreams of the non-Patriot teams in the AFC East.

Darnold has the best chance to be the successor to Brady’s crown. He represents the best mix of skill as a passer and a runner of his divisional classmates, and the job is his. Allen, like Darnold, has his job on lock, but he has not exhibited the same upside on a consistent basis that Darnold has as a passer.

Rosen has the furthest to go to become the best QB in the AFC East, and has the path with the most resistance. Darnold and Allen will get a full season of reps, barring injury. Rosen likely won’t take over as the starter until after Miami hits 1-7, or something along those lines.

Brady is 42 years old. The average age of these three 2018 quarterbacks is 22. Brady could be any of their fathers. In fact, considering Rosen’s nickname as the Chosen One, and that New England is known as the evil empire, no one should be surprised if during Brady and Rosen’s post-game handshake come December 29th we get a “Josh, I am your father.”

Jonathan Rosenberg is a writer for PFN covering the AFC East. You can find him @frosted_takes on Twitter.