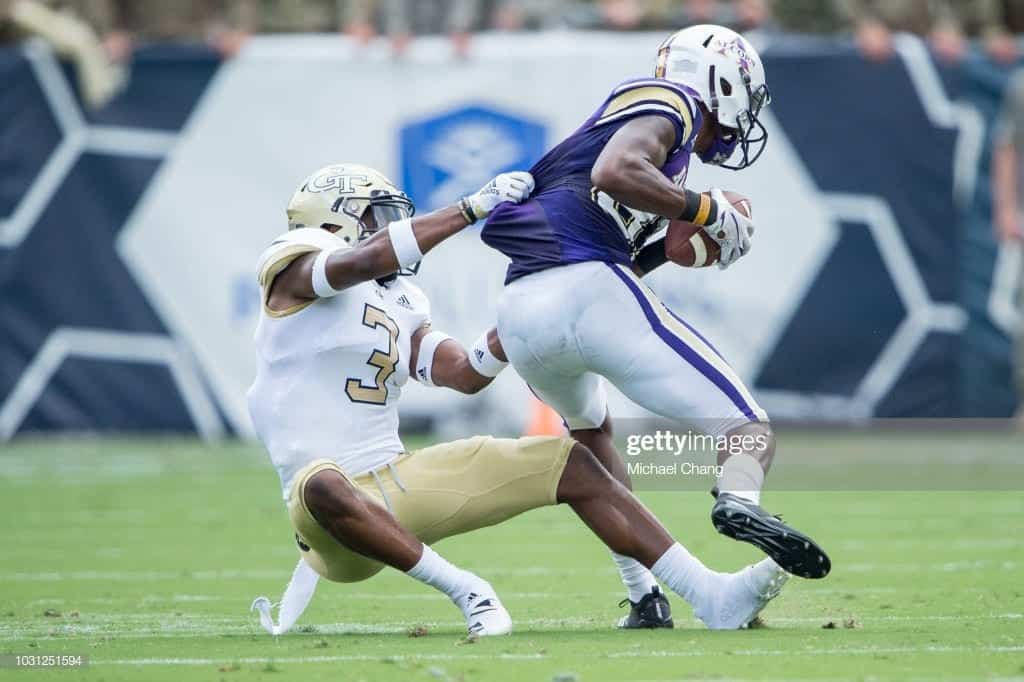 We’ve highlighted plenty of teams throughout the ACC in our Summer Scouting Series, and here, we’re going to wrap things up with the teams who for the most part either don’t have any draftable prospects or those who have late round projections.

Related: Click here to view more of my draft grades leading into the 2019 season, including the other teams in the ACC

Former Georgia Tech coach Paul Johnston always found ways to get the most from his talent. However, that usually meant the Yellow Jackets had minimal impact in the NFL Draft, a trend I see continuing for a while.

The only next level prospect on the Georgia Tech depth chart is Tre Swilling, the son of former Yellow Jacket and NFL lineman Pat Swilling.

The redshirt sophomore has next-level size and athleticism and flashes ball skills. He possesses a lot of upside, and I would not be surprised to see Swilling develop into a top-32 pick in the future.

The Cardinals’ fall from grace was fast and furious. A program that had put seven players into the first round of the draft since 2004 comes off a terrible year, one in which the coach was fired and no player was selected in April’s event.

Tackle Mekhi Becton has terrific size and an NFL build, and he flashes ability on occasion. He’s strong at the point and controls opponents, and Becton is highly thought of by some scouts who grade him as a potential second-round prospect.

In my opinion, he’s too stiff and does not move well enough to be an early selection. Only time will tell.

Since the arrival of Dave Doeren, the talent on the Wolfpack roster has improved significantly, and so too has the program’s impact on the NFL Draft. Next April may be an off year for NC State in the draft, but there’s plenty of potential in the pipeline.

Linebacker Isaiah Moore is someone who stood out to me in 2018, when he was a redshirt freshman. He’s an athletic, forceful linebacker with big upside. I firmly believe he can develop into a three-down defender and a top NFL prospect.

While some scouts stamp Larrell Murchison with a third-round grade, I see the senior as a last-day pick. He’s a tough, intense interior defensive lineman who shows little in the way of size or strength in his game.

James Smith-Williams is a solid pass rusher who lines up at defensive end for the Wolfpack but may eventually be forced to stand over tackle in the NFL.

The Panthers have sporadically put players into the draft’s initial 60 choices, but all I see are last-day picks on the depth chart.

A lot of scouts like cornerback Dane Jackson and stamp him as a mid-round choice, which is understandable. He offers solid size, ball skills and instincts. Jackson’s long speed is worrisome, and he can be exploited down the field, which is why I grade him as a fifth-rounder.

Taysir Mack is your typical receiver coming out of Pittsburgh: reliable, sure-handed and tough. He possesses average size and speed, which is why I grade him as a sixth-rounder.

The current situation at Syracuse is markedly better on the field after years of dismal football, and that will result in more Orange players eventually being selected in the draft.

Scouts are very high on Alton Robinson, with some grading him as a potential third-round pick. While I like Robinson, my feeling is that he’s a bit one-dimensional at this point and gets by exploiting college tackles rather than being a pure pass rusher.

Robinson has excellent length, but he must fill out his frame and complete his game before I will move him up the board.

Note: This table has already been filtered for the prospects on the teams that are listed above. To view other prospects that I have graded, use the drop-down lists below to filter the table.