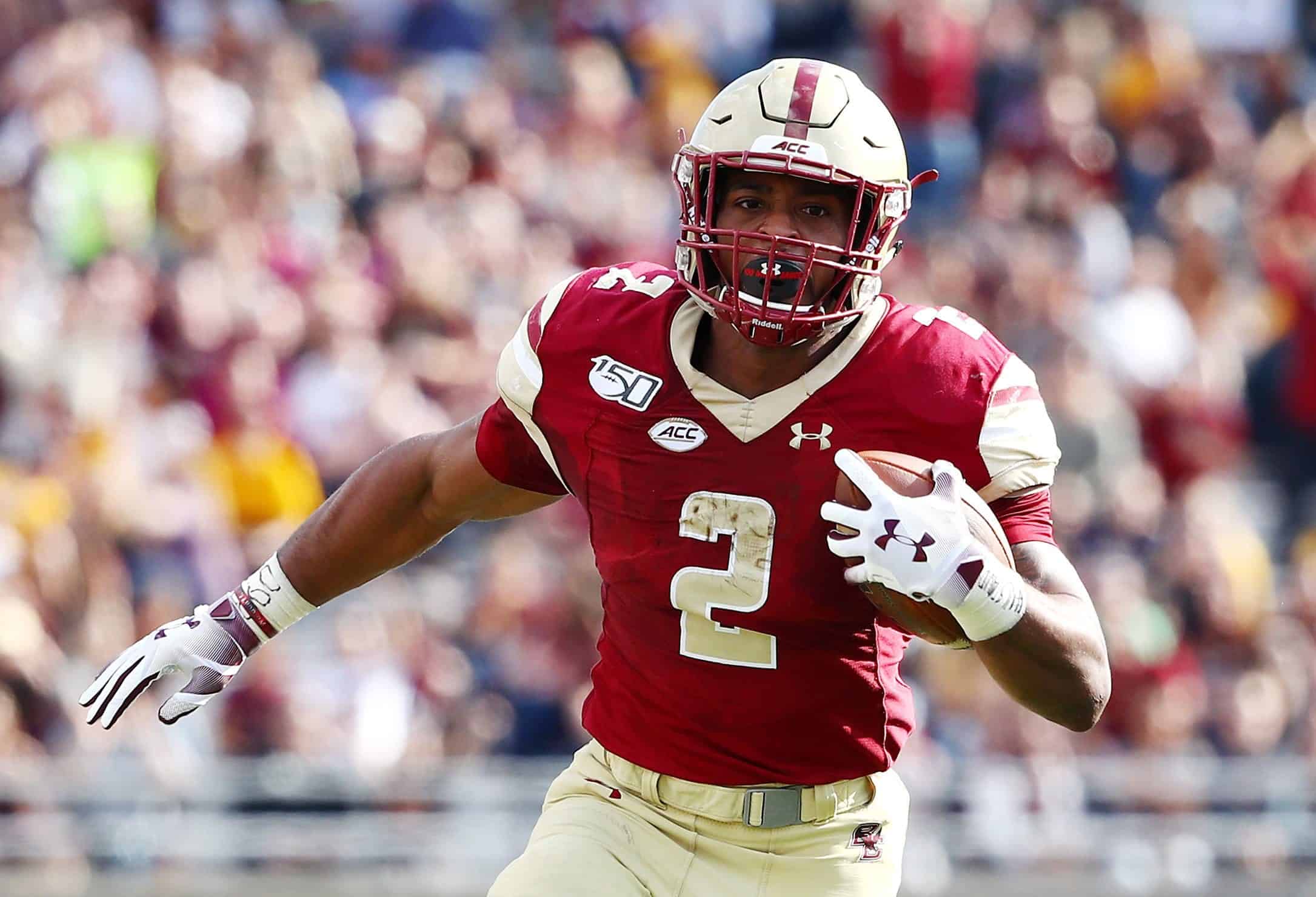 CHESTNUT HILL, MASSACHUSETTS - SEPTEMBER 07: AJ Dillon #2 of the Boston College Eagles carries the ball during the first half against the Richmond Spiders at Alumni Stadium on September 07, 2019 in Chestnut Hill, Massachusetts. (Photo by Tim Bradbury/Getty Images)

As we head into ACC Football Week 11, there are plenty of major headlines to examine. First, after an embarrassing loss to in-state rival, the Miami Hurricanes, Florida State has dismissed Willie Taggart as their head coach. The 2019 Florida State Seminoles roster is littered with NFL talent such as Marvin Wilson, Cam Akers, and Hamsah Nasirildeen to name a few. However, it never clicked with Taggart at the helm. Interim Coach Odell Haggins will lead the Seminoles to Alumni Stadium for their Week 11 battle with Boston College.

The Clemson Tigers have won two of the last three National Championships, yet they find themselves on the outside looking in when it comes to the current College Football Playoff rankings. Right now, Clemson finds themselves ranked fifth on this list, behind the likes of Ohio State, LSU, Alabama, and Penn State. While Clemson has had quite a generous schedule to date, it is quite astonishing that they would currently not be in contention for the championship game. Ultimately, I suspect that Clemson will find a way to get into the playoff, as the only ranked team on their schedule for the remainder of the college football season is ACC rival Wake Forest.

In Week 10 of the college football season, we saw some riveting action, especially in the ACC. First, we saw the unranked Virginia Tech Hokies lose a nail bitter to the 16th ranked Notre Dame Fighting Irish by the final score of 21-20. It was one of Virginia Tech’s best efforts of the 2019 season. Virginia Tech, though, fell short, as their secondary just couldn’t contain Ian Book and the Notre Dame passing attack.

Let’s not overlook Boston College’s dominating performance in a 58-27 victory over the Syracuse Orangemen. Boston College running back AJ Dillon is on quite a roll and the Syracuse defense had no answer for him. The Miami Hurricanes defense was able to shut down Cam Akers and tallied 9 sacks, leading to a 27-10 victory. Finally, The Virginia Cavaliers were able to win a shootout against the North Carolina Tar Heels, led by an astonishing performance by Virginia quarterback Bryce Perkins.

Let’s look at the ACC top performers from Week 10.