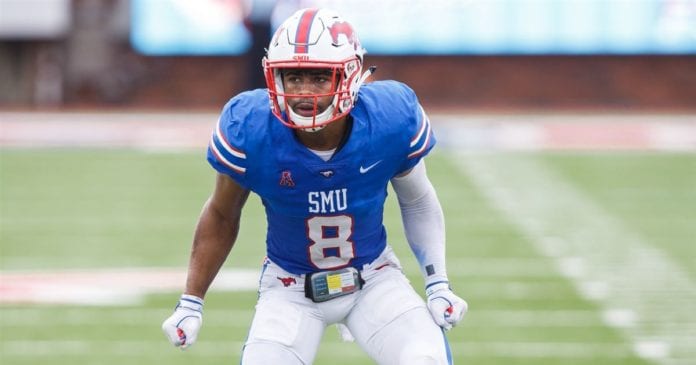 The AAC is a football conference that has its share of potential NFL caliber players on multiple teams' rosters but not necessarily as drafted players.

The American Athletic Conference (AAC) is hit or miss when it comes to draft-eligible prospects. On some teams, there are many who are projected to be drafted in the 2020 NFL Draft. For others, such as the teams listed below, it’s a mix of late-round projections and undrafted free agents.

Please note that at the bottom of the post, you can find my grades and draft projections for the draft-eligible prospects for the teams below.

Related: Click here to view more of my draft grades leading into the 2019 season, including the other teams in the AAC

The Bearcats had a single player selected in each of the past four drafts, but I doubt they match that number in 2020.

The teams top two prospects can be found on the offensive side of the ball.

Tight end Josiah Deguara is solid in all areas of the position, but he doesn’t stand out in any aspect. He’s a solid blocker who catches the ball well, but he lacks great size and speed.

Michael Warren is a tough interior ball carrier with nice size and strength. Warren picks up a lot of yardage off initial contact, but he’s a bit one-dimensional and best running downhill.

It’s been a bit of a tough slog for the Pirates in recent years, but better things are on the horizon. They’ve had three players selected in the draft since 2011 — all receivers. Next year, their draft hopes can be found on the offensive line.

D’Ante Smith is a wide-bodied college left tackle who will likely kick inside to guard at the next level. He moves relatively well, shows good explosiveness and annihilates opponents at the point.

While I grade Smith as a potential seventh-round selection, there are some scouts who have already stamped him as a sixth-round prospect.

It been few and far between for Mustangs selected in the NFL Draft, although they did have a good degree of success with Courtland Sutton, the second-round pick of the Denver Broncos in 2018.

Safety Rodney Clemons was someone I identified as a prospect during last summer’s review of SMU.

He’s an instinctive defensive back with a stout build. He lacks the blazing speed and is more of a strong safety or zone defensive back, but Clemons will do well in the right system.

James Proche has shown consistent progress the past two seasons as both a receiver and return specialist. He reminds me a bit of former Memphis receiver Anthony Miller in that he lacks great computer numbers but is a really good football player.

Tulane has consistently put players into the late rounds of the draft since 2014, and most have found their way onto active rosters or prospect squads. I expect this to continue in 2020.

The Green Wave has five draftable players if you combine the total on my board with the thoughts of scouts.

Jalen McClesky is someone I graded as a late-round prospect from his days at Oklahoma State. The senior sat on the sidelines last season before transferring to Tulane, where I expect him to start. He’s a quick, slippery receiver who will do well at the next level as a slot receiver and return specialist.

Thakarius Keyes offers next-level size and athleticism and has flashed ability. Keyes needs to improve the consistency of his play on the field, but I could see him ending up in a postseason classic such as the Shrine Game or Senior Bowl with a big campaign in 2019.

A lot of scouts really like running back Darius Bradwell. He’s a bruising runner who goes over 235 pounds and dishes out punishment on the inside. Bradwell has outstanding measurables and comes with great upside.

Over the past 10 drafts, Tulsa had just a single player selected: Charles Clay back in 2011. At present time, I see no additional draft picks on the roster.

At one point in time, I graded Waahid Muhammad as a potential mid-round choice, but the athletic tackle retired due to injury.

The mantle now falls to defensive end Trevis Gipson; he’s a relatively athletic prospect with excellent length and growth potential but must desperately start to make plays on the field.

Note: This table has already been filtered for prospects on the teams listed above. To view other prospects that I have graded, use the drop-down lists below to filter the table.