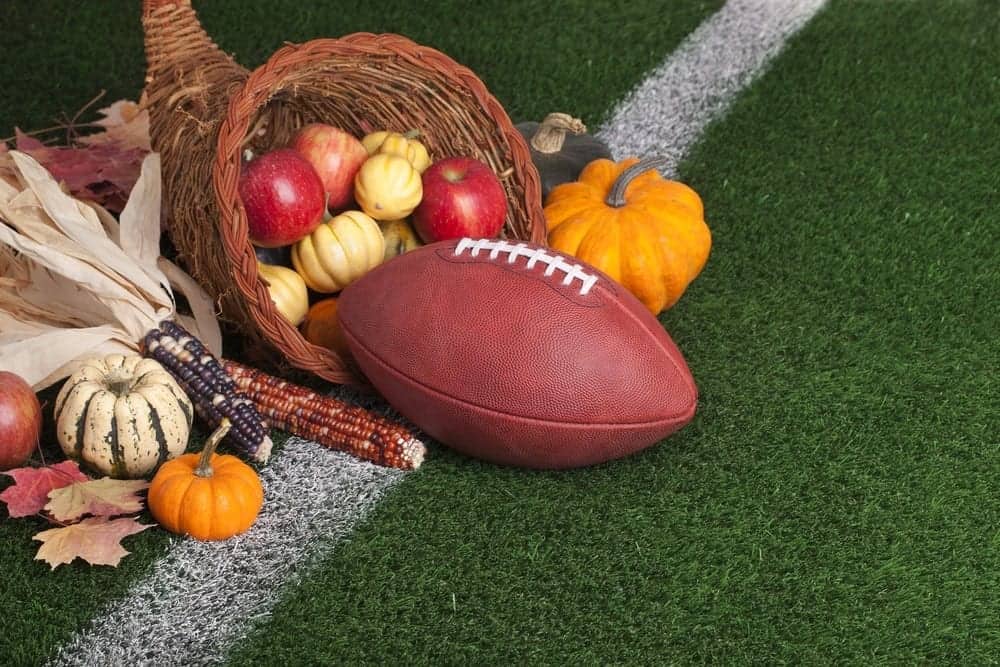 Long before the NFL began holding regularly scheduled Thanksgiving matchups, dating all the way back to the game’s infancy in the 19th century, the holiday has been associated with football. In 1876, thirteen years after Abraham Lincoln declared the fourth Thursday in November a National Holiday of giving thanks, Yale and Princeton began an annual tradition of playing American football on Thanksgiving Day. Other universities soon followed suit, seeing an opportunity to play in front of large crowds as most people did not have to work.

NFL gets in on Thanksgiving Day matchups

In the NFL’s inaugural season, the tradition of playing football on Thanksgiving Day continued. On November 25th, 1920, the NFL pitted the Chicago Tigers against the Decatur Staleys. It was a duel to the death, as the Tigers were relegated to a footnote in the NFL history books, never to play another season.

The Staleys moved to Chicago the following year and changed their name to the Bears in 1922, sharing the city with the Chicago Cardinals (now Arizona) for almost 40 years. If you ever wonder why these two teams play more often than most on Thanksgiving, there’s some historical significance, as they’re the only two original NFL franchises still in existence. The same is true for the Green Bay Packers, who joined the league in 1921.

NFL Thanksgiving matchups became a huge marketing ploy for new franchises. Originally known as the Portsmouth Spartans, the Lions began playing in Detroit in 1934. Lions’ owner, George Richards (also the owner of NBC affiliate, WJR) scheduled a Thanksgiving Day game to draw in crowds while negotiating to broadcast the game across the NBC network.

It worked like a charm, as the Detroit Lions have had a national platform annually ever since – excluding 1939-1944, during WWII. This year, the Detroit Lions will host the Houston Texans in the early NFL Thanksgiving Day matchup (12:30 p.m. on CBS).

Similarly, in 1966, Dallas Cowboys GM, Tex Schramm, determined a Thanksgiving Day game would increase publicity for the team. Having struggled in each of the franchise’s first six seasons, the NFL actually backed the game, guaranteeing revenue to the Cowboys, assuming attendance would be low.

Luckily, that didn’t happen, as the game broke a Cotton Bowl record with over 80,000 people in attendance. The Cowboys have hosted an NFL Thanksgiving Day matchup ever since — except for two times.  In 1975 and 1977, the NFL allowed the St. Louis Cardinals (formerly Chicago, one of the two original NFL franchises) to host. This year, the Cowboys will host the division rival Washington Football Team (4:30 p.m. on FOX).

For years, Lamar Hunt wanted the Kansas City Chiefs to become the third regular host of a Thanksgiving Day game. The NFL obliged, rewarding the Chiefs with a home game for the first primetime Thanksgiving matchup ever played in 2006. However, to allow other teams to host, the third game has been on rotation for the past 14 years. This year’s game is a matchup between two AFC North teams, with the Pittsburgh Steelers hosting the Baltimore Ravens (8:20 p.m. on NBC).

There has been a bounty of memorable Thanksgiving Day games played during the 100 years of the NFL — games that have gone down in the history books as well as those that are just fun to remember (like Mark Sanchez’s infamous “Butt Fumble”).